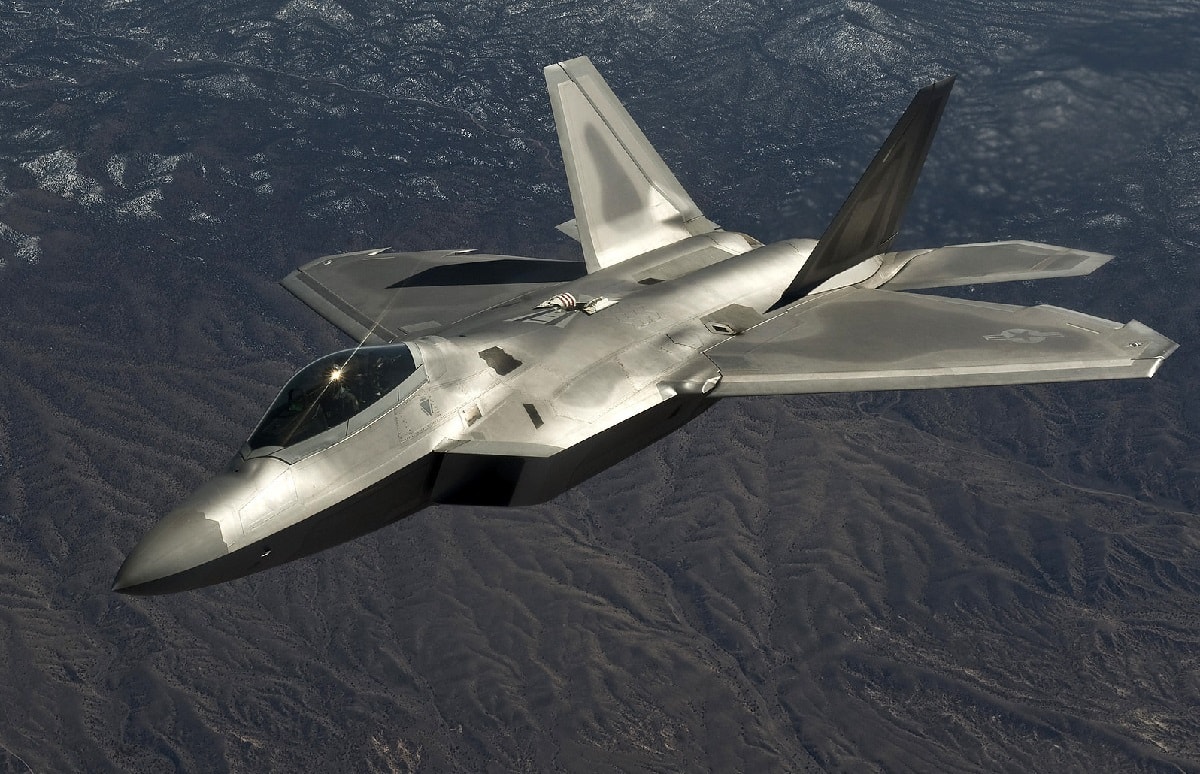 A U.S. Air Force F-22 Raptor, 49th Fighter Wing, Holloman Air Force Base, N.M., flies over the Nevada Test and Training Range for a training mission during Red Flag 11-3, March 2, 2011. Red Flag is a realistic combat training exercise involving the air forces of the United States and its allies. The exercise is hosted north of Las Vegas on the Nevada Test and Training Range.(U.S. Air Force photo by Senior Airman Brett Clashman)

United States Air Force Lockheed Martin F-22 Raptor jets will be flying high over southern New Jersey this coming weekend, taking off from the nation’s first defense airport. The fifth-generation stealth aircraft aren’t being deployed permanently to the Garden State, but instead will be heading to the Jersey Shore region to take part in the 2021 Millville “Wheels and Wings” air show, September 4 and 5.

The U.S. Air Force Air Combat Command F-22 Demonstration Team and the U.S. Army Golden Knights parachute team are co-headlining the air show, which celebrates the 80th anniversary of activation of the Millville Army Air Field. It was dedicated “America’s First Defense Airport” on August 2, 1941, by local, state, and federal officials. During the Second World War, thousands of military personnel and civilians served at the field, where about 1,500 military aviators received their advanced fighter training.

Proceeds from the annual air show also benefit the Millville Army Air Field Museum, which is now housed on the site.

Profile on the Demonstration Teams

The U.S. Air Force flight demonstration team is stationed at the home of Air Combat Command at Langley Air Force Base (AFB), Virginia and it spends much of the year taking part in air shows around the country. Its demonstrations include the power loop, split, and tailslide, as well as high speed dedicated passes. Those maneuvers were designed for combat operations, but are performed at much lower altitudes than most pilots would be certified to fly – making it all the more special for air show attendees. The team has flown the F-22 Raptor since 2007 when it replaced the F-15C.

U.S. Army Golden Knights, the Army’s official 18-person parachute team, will also perform twice daily during the air show. During each demonstration, the Knights will jump from 13,000 feet, travel at nearly 120 mph, and land with pinpoint precision.

In addition to the demonstration by the Air Force’s F-22 Raptor Jet demonstration team, and a jump by the U.S. Army Golden Knights, the Wheels and Wings air show will also feature flyovers of vintage aircraft dating back to the Second World War and the Cold War.

Scheduled to appear are the rare de Havilland Vampire, the world’s oldest flying jet fighter; a U.S. Air Force Heritage Flight including a P-51 Mustang; Kevin Russo SNJ-6 demonstration; Jacquie B Airshows in her Extra 300; and Mark Meridith Airshows ‘Super Chipmunk,’ among others. The wheels part of the “Wheels and Wings” event is the annual judged classic car show.