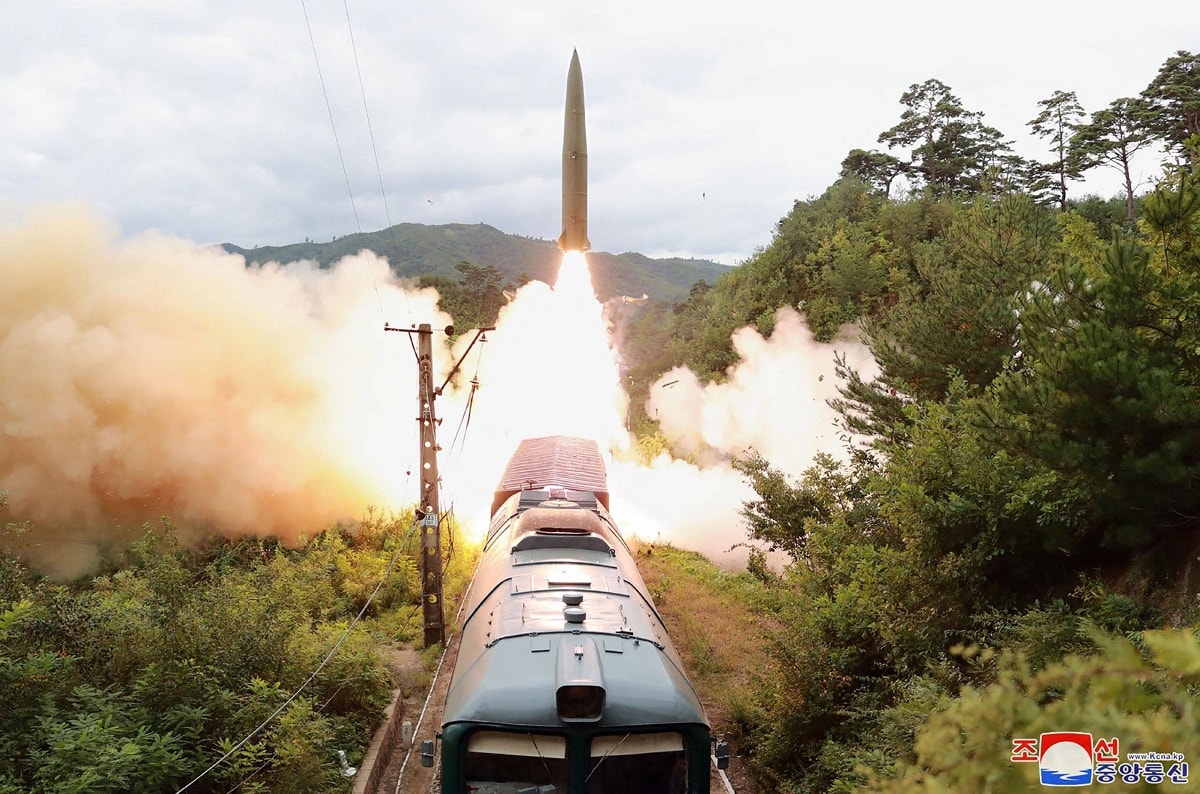 North Korea fired off two short-range ballistic missiles Wednesday, but unlike past North Korean missile launches, the missiles appear to have been fired from a train.

The test was carried out by the Railway Mobile Missile Regiment and was a kind of proof-of-concept evaluation of the practicality of the “railway mobile missile system,” North Korean state media reported, noting that the system was “deployed for the first time for action” during this test.

Pak Jong Chon, a senior North Korean military leader and political figure, oversaw the weapon testing, concluding in the aftermath that the “railway mobile missile system is an effective counter-striking means,” one that can be used “to deal a heavy blow at the threatening forces multiconcurrently with dispersive firing across the country,” state media said.

North Korea’s Academy of Defense Science said that the cruise missiles are “another effective deterrence means for more reliably guaranteeing the security of our state and strongly containing the military maneuvers of the hostile forces against the DPRK,” according to multiple reports.

North Korea has been working to develop a diverse arsenal of missile technology with varied delivery systems, from transporter erector launchers to submarines to, now, railway cars in order to increase not only its combat capability but also its survivability.

Adam Mount, the Director of the Defense Posture Project at the Federation of American Scientists, wrote on Twitter that “rail mobile missiles are a relatively cheap and reliable option for countries seeking to improve the survivability of their nuclear forces.”

“Russia did it. The US considered it,” he said. “It makes a ton of sense for North Korea.”

He pointed out that the advantage is the ability to move missiles in ways that are more difficult to predict or detect, fire from austere locations, or play a shell game where trains may or may not contain missiles.

It is unclear exactly what North Korea has planned for this system, but according to state media, Pak reportedly “stressed the need for the army and the fields concerned to steadily perfect the tactical plans to make the best use of this system in accordance with the geographical conditions and realities of the country.”