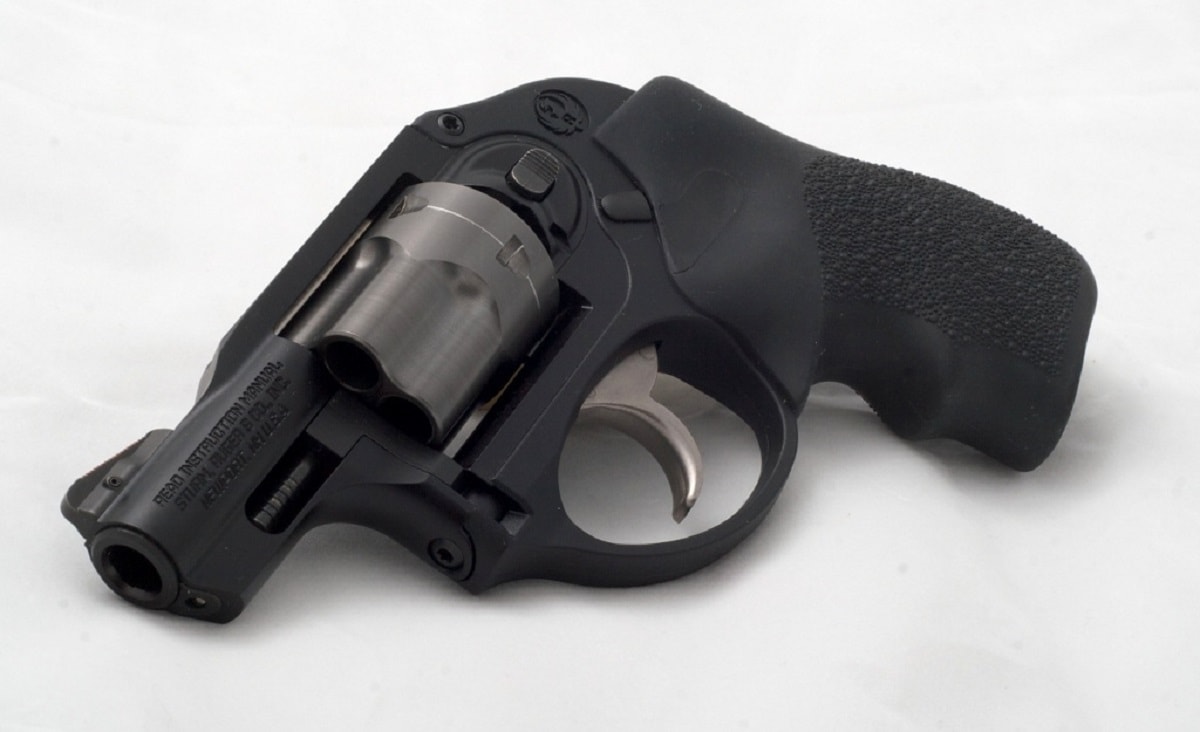 The Ruger LCR may look like an old revolver straight from an old Western movie, but make no mistake, this isn’t your average revolver. The Lightweight Compact Revolver (LCR) model was released by Ruger in 2009 and since then it’s become a concealed carry staple for many gun owners due to its durability, size, and convenience. Revolvers are making a comeback, and once you see the review of the LCR you’ll understand why.

Most people use the LCR for concealment due to its ease of use. It’s designed to be used at short distances, making ten-fifteen yards best optimal for accuracy. That said, using the LCR for precision shooting just isn’t the best use of your time. To be frank, the sights on this gun are not great.

However, you can certainly install your own sights on the weapon to drastically improve the accuracy. The front sight is removable, so it won’t be too much trouble to install your own fiber optic sight or something else that you would prefer.

There’s a reason that revolvers are still relevant in a world full of semi-automatics. They’re incredibly durable. The LCR is good for thousands of rounds at the least. It’s built to be used, and used often. If you don’t shoot regularly, you’ll be able to use this one for a decade, maybe more.

The grip on this gun is awesome. It has a Hogue Tamer Monogrip’, which is a rubbery grip that allows the user to get a strong, firm hold on the gun. That’s exactly what you want out of a gun that’s going to be used for primarily concealed carry and hideaway. If anything, you’ll have to pay attention to how careful you are with the grip—it’s not unheard of to have the grip catch on clothing as you’re pulling it out.

The trigger on this one has a little “click” before it resets. You have to fully release the trigger and skip over a live round to shoot another round. It’s a bit hard to shoot the gun quickly if you’re not used to it, but that shouldn’t be a deal-breaker for you because that’s not what this gun is for. It’s also only a minor hiccup that you’ll get used to after a few rounds.

Revolvers don’t accept magazines, so you have to reload the gun by putting each bullet in one at a time. This is a little bit tedious, but this isn’t the gun that you should bring as your primary weapon. The reloading difficulty is what makes the gun great as a hideaway or a backup gun.

The LCR weighs in at 13.5 ounces, which makes sense since it has “Lightweight” in its name. It’s also just 6.5 inches long and 4.5 inches tall. The gun is lightweight largely because it’s made of aluminum and polymer. The LCR has a minimalistic feel to it. It’s not flashy or anything, but it does what it’s meant to. Additionally, the barrel makes up 1.87 inches of the firearm.

The LCR has a bit of kick for a gun its size, so you’ll want to keep that in mind when you’re using it. That said, Ruger took note of this when installing the Hogue ‘Tamer Monogrip’ on the handle. There’s certainly a kick, but it’s not anything to lose your mind over. Many new shooters like this one as well because it’s easy to use. This is part of what makes this revolver so great for concealed carry and as a hideaway.

Whether you decide to go with the LCR or the LCRx (which is three inches larger), this gun is going to cost $699 and up. This is quite a bit more expensive than your average revolver, but this a higher-end firearm with a proven track record. There’s a reason you have to pay up for it. If you’re looking for a pocket weapon but don’t want to spend the dough, check out the S&W 380.

This gun is one of the best at what it does. I wouldn’t buy it to prove superior marksmanship or as a centerpiece for a hunting trip, but for concealed carry or as a hideaway/backup gun I wouldn’t recommend anything else. Sure, there are other options like the Colt King Cobra or the aforementioned S&W 380, but simply put the LCR is a high-quality, durable gun. If you love Ruger’s products through and through, you can use the LCR for concealed carry and save the GP100 for home defense.

Richard Douglas is a long time shooter, outdoor enthusiast and technologist. He is the founder and editor of Scopes Field, and a columnist at The National Interest, Cheaper Than Dirt, Daily Caller and other publications.