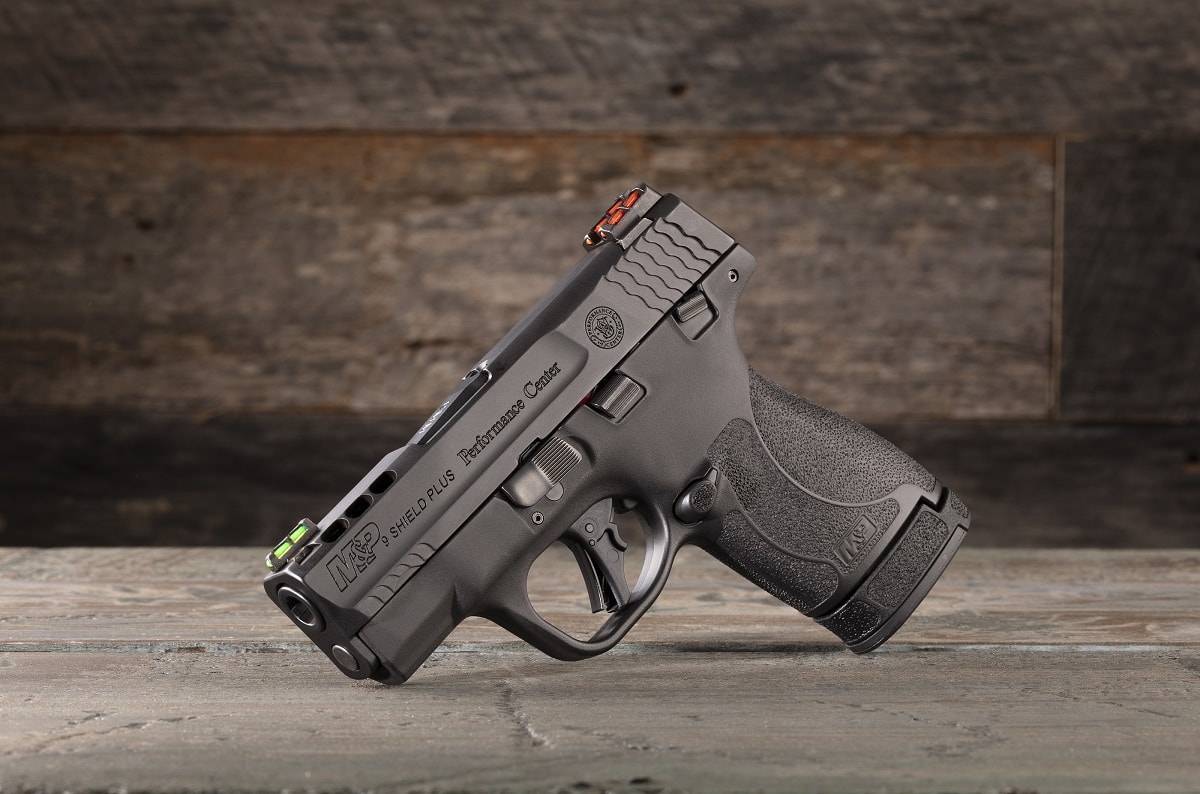 The formation of a “shield wall” was a military tactic common across many cultures in the Pre-Early Modern warfare era. It essentially consisted of a “wall of shields” formed by soldiers standing shoulder to shoulder to stop a threat from an approaching enemy. Those defending their homes or loved ones today don’t need a shield wall, but instead, the right firearm could serve much the same purpose.

Such a handgun could be Smith & Wesson M&P Shield Plus. Introduced earlier this year, it is the evolution of the company’s M&P Shield pistol. Designed for concealed carry, the M&P Shield Plus could be the Springfield, Mass.-based firearms maker’s most advanced M&P pistol to date. It features a magazine capacity up to 13 rounds in a slim, micro-compact frame. The 9mm handgun is even available in a variety of configurations including Smith & Wesson‘s Performance Center models with optics cuts, upgraded sights and more.

The new M&P Shield Plus is now available in both standard and Performance Center models, and each offers a variety of enhancements. The M&P Shield Plus features the hallmark 18-degree grip angle of the M&P pistol series for a natural point of aim, helping to better manage recoil and get back on target quickly. The new micro-compact striker-fired personal defense sidearms also offer a variety of features, including a flat-face trigger, a new, optimized grip texture designed for concealed carry, and two-magazines: an extended 13+1 round magazine and a flush fit 10+1 round magazine. It has front and rear Tritium Night Sights.

The Performance Center M&P Shield Plus pistols also feature all of the enhancements of standard models, plus porting, fiber optic sights, longer slides, and optics cuts.

The M&P Shield Plus is a thin and lightweight handgun that was designed to be comfortably carried all day. It features the M&P’s patented take-down lever and sear deactivation systems all for disassembly without pulling the trigger, as well as an Armornite durable corrosion resistant finish. The polymer frame handgun is chambered for 9x19mm Parabellum (Luger). It is just 6.1 inches in length and weighs 20.2 ounces, but it could be just the shield when you need it most.