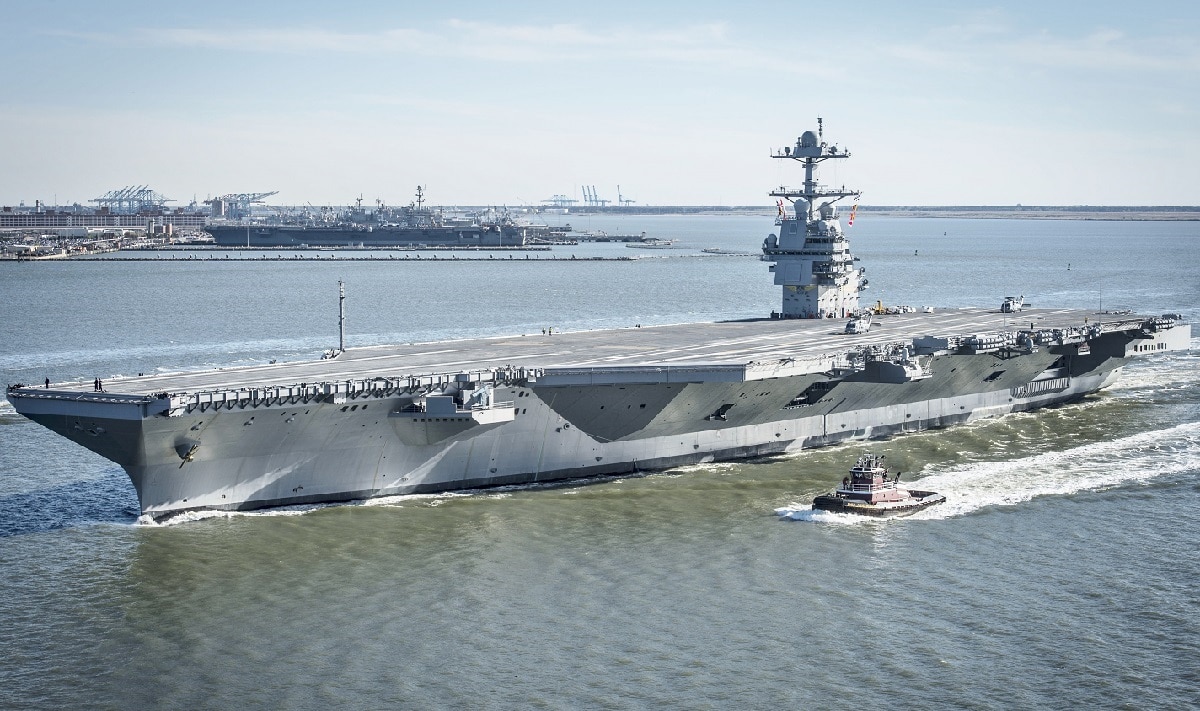 It will likely be more than a decade until the USS Doris Miller (CVN-81), the fourth Gerald R. Ford-class aircraft carrier is commissioned into the U.S. Navy, but recently the first significant milestone occurred when the First Cut of Steel ceremony was held in Newport News. The event signaled the formal start of construction for the new warship, with six members of Messman Second Class Doris Miller were in attendance. Miller, the ship’s namesake, became the first African-American to receive the Navy Cross, which he earned for his actions during the attack on Pearl Harbor on Dec. 7, 1941.

Thomas Bledsoe, the great-nephew of the ship’s namesake, had the honor of giving the order to “cut the steel” to shipbuilder Gerald Bish, who operated a large plasma-cutting machine that sliced the first steel plate.

“Today we recognize the start of construction of the fourth ship of the Gerald R. Ford-class,” said Jennifer Boykin, president of Newport News Shipbuilding, at Wednesday’s ceremony. “From this day forward, our shipbuilders will put their hearts into every pipe they fit, every unit they lift and every inch of steel they weld. Shipbuilders, I thank you for the hard work, innovation and dedication you will put into transforming this first piece of steel into an awe-inspiring aircraft carrier.”

Messman Second Class Miller was collecting laundry on Sunday morning, Dec. 7 aboard the USS West Virginia when he heard the alarm sound. He promptly manned a .50 caliber machine gun, and despite having no training firing the weapon, he soon began to aim at the attacking Japanese aircraft.

For his actions, Miller was personally recognized by Admiral Chester W. Nimitz, commander-in-chief, Pacific Fleet, and awarded the Navy Cross – the third-highest Navy award at the time.

“The Doris Miller story provides so many lessons to us as Americans,” Bledsoe said at the ceremony. “The Miller family cannot express in words what this means to us, to Americans and to anyone inspired by Doris Miller’s story.”

Fourth Carrier in the Class

The future USS Doris Miller will be the fourth Ford-class carrier and the second ship to honor Miller. The first ship was the now-retired Knox-class destroyer, USS Miller. CVN-81 will also be the first carrier to be named for an African American and the first named in honor of a sailor for actions while serving in the enlisted ranks.

“It is so fitting and timely during a period of significant discussion and change we come together to begin construction of one of our Navy’s next great aircraft carriers, in the name of one of the finest heroes of the greatest generation,” Rear Adm. James Downey, program executive officer for aircraft carriers. “We will construct a sound and mighty warship worthy of his legacy.”

This is the second ship of the two-carrier contract awarded to Huntington Ingalls Industries, which is the lead contractor of the warship. HII, which will build the carrier at its Newport News facilities, was also awarded the contract in January 2019 for detail and construction of the future USS Enterprise (CVN-80). Newport News is currently performing early manufacturing of the Doris Miller and that includes structural fabrication and shop work. The ship will be the second aircraft carrier to be built completely using digital drawings and procedures rather than traditional paper work packages and products.

The ship’s keel is scheduled to be laid down in 2026, with the delivery to the U.S. Navy scheduled for 2032. The Navy has planned to build a total of 10 Ford-class carriers, which will begin to replace the aging Nimitz-class carriers on a one-for-one basis. As a result Newport News could be delivering the carriers to the Navy until 2058 or later – more than 50 years after the first steel was cut for the first ship. With a price tag of $11-13 billion each, the Ford-class carriers are the most expensive warships ever built.