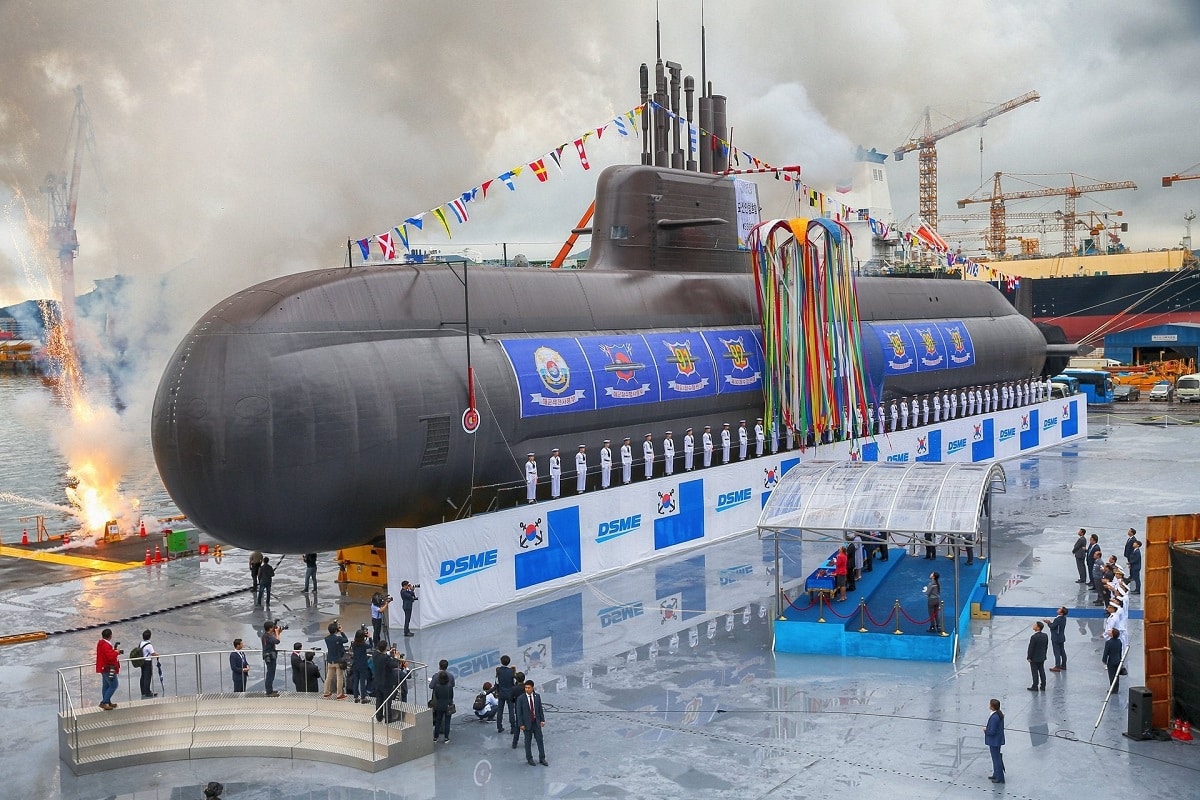 The South Korean military has made significant progress with its domestic arms industry, and it was reported on Tuesday that it test-fired a domestically-built submarine-launched ballistic missile (SLBM). It has become the world’s eighth country to possess such a weapon.

The South Korean Agency for Defense Development (ADD) carried out underwater ejection tests of the SLBM from the Dosan Ahn Chang-ho submarine last week after successful launches from an underwater barge last month, according to military sources, reported the Yonhap News Agency.

The lead vessel of the class of locally developed 3,000-ton submarines was launched in 2018 and she entered service last month. The boats are equipped with six vertical launch tubes that are capable of carrying up to 10 indigenous “Chonryong” land-attack cruise missiles and “Hyunmoo” SLBMs. Two additional Dosan Ahn Chang-ho-class subs are now under construction while a total of nine are planned.

South Korea became the most recent country in the world to develop an SLBM after the United States, Russia, Britain, France, India, China, and North Korea.

“South Korea has joined an elite league of nations to possess a SLBM, making it the eighth to officially do so,” said Mathew George, Ph.D., aerospace & defense practice head at data and analytics firm GlobalData. “While the country has not officially confirmed the development, news agencies from the country suggest that the country was able to successfully launch the SLBM from an underwater barge with a range of 500km.”

South Korea continues to face threats from its potential adversary North Korea, which has also sought to enhance its submarine force. In January, North Korean Supreme Leader Kim Jong Un appeared in state media with SLBMs, which he stated were “the world’s most powerful weapon.”

North Korea has also released photos of underwater launchers, yet most analysts maintain those were fired from fixed platforms and not an actual submarine. However, Kim told the congress of his ruling Workers’ Party that North Korea had completed plans for a nuclear-powered submarine.

It could be years until such a vessel is built, but experts have warned that it could enable Pyongyang to launch a surprise strike underwater even if its land-based forces were destroyed.

On Monday, Seoul also allocated 1.5 trillion won ($1.3 billion) for defense technology research and development in next year’s budget request that had been submitted to the nation’s parliament. If approved, it would represent a 76 percent jump in the research budget of the Defense Acquisition Program Administration and could be used to actively develop cutting-edge future technologies.

“It is a natural progression for South Korea to follow after limits on its missile program were removed by the Biden administration. The country is now in the process of developing its technologies to maturity,” George explained in an email. “South Korea has not shied away from investing its own military and defense technologies, and has now emerged as a serious defense exporter.”

However, the development of SLBMs by South Korea will not result in a renewed arms race in the region, George added.

“Also, the increased spending is not aimed solely to counter the advances made by them. At the most, a likely test launch from the North Koreans can be witnessed as a message to South Korea,” he explained. “South Korea’s Ministry of Defense has reiterated the official position of securing advanced military assets to ensure peace on the Korean Peninsula. We expect to see further reports of milestones in several programs presently under development in South Korea including those on autonomous unmanned systems and the KF-21 Boramae fighter aircraft.”