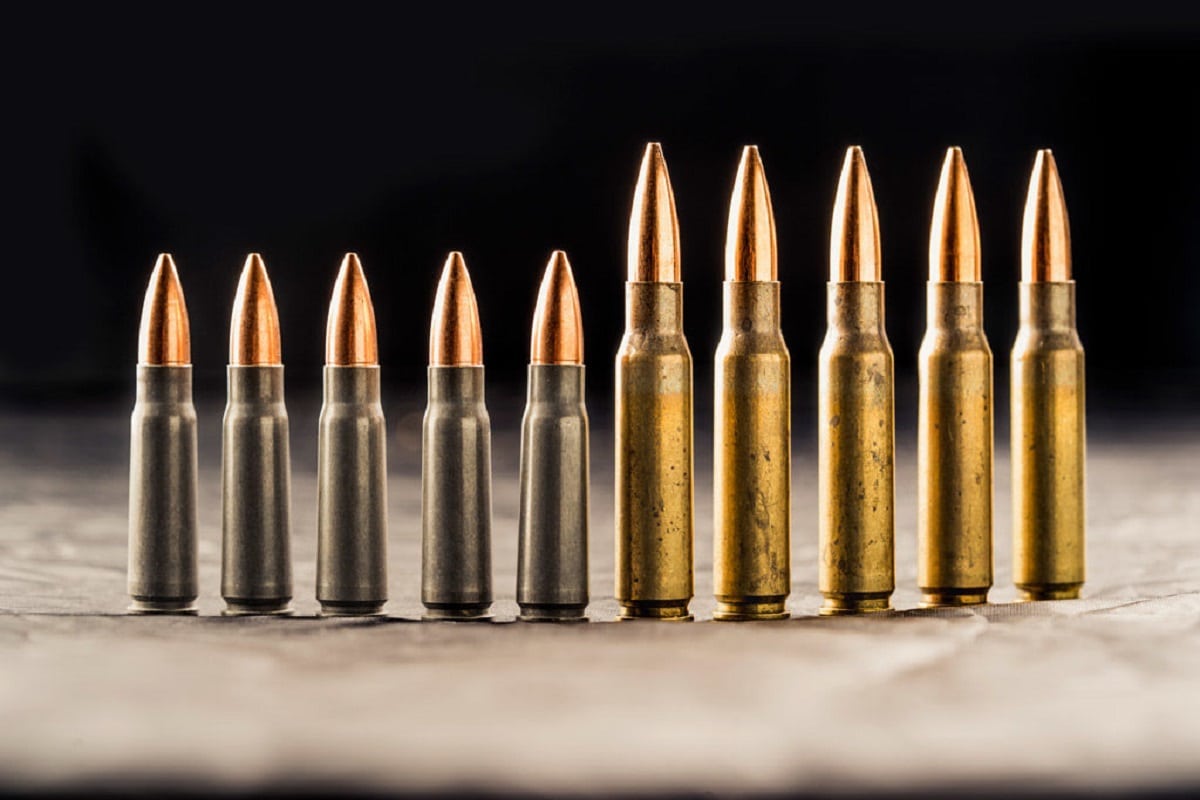 On every box, the Wolf brand proudly proclaims to be “Performance Ammunition.” Exactly what that means is a matter of perspective. Many retailers will be quick to note it just as well known stateside as “low-cost, steel-cased ammo” that was formerly produced at old Soviet factories.

It has been long accepted that when using Wolf ammo, shooters may have to clean between the case and the chamber of their firearm more often than usual. The reason for this extra cleaning has to do with the steel-cased Wolf casings not expanding to form a tight seal against the chamber at the time of firing. It is also typically suggested that you clean your gun after firing Wolf ammo due to this excess of carbon.

All that is largely accepted, but where there is confusion is on the origins of that ammo. As noted, it was previously produced at factories in the former Soviet Union, and even today the company is often described as being a Russian company.

However, Wolf Performance Ammunition (WPA) is actually just a trademark of Sporting Supplies International (SSI), which was founded in 2005. That company isn’t based in Russia however, and its headquarters is actually in Placentia, California. Since its founding, it has been the exclusive importer of the Wolf brand and for years the ammo was produced in Russia.

Not Back in the USSR

The confusion of WPA being a Russian company is due to the fact that its ammunition was primarily manufactured at the Tula Cartridge Plant in Tula, Russia from 2005 to 2009. That plant, not to be confused with the Tula Arms Plant that made firearms for the Soviet/Russian military, was owned by High Precision Systems, which is part of the Russian high-tech conglomerate Rostec Group. However, even then some of its .22-caliber rimfire ammunition was produced by Sk Jagd und Sportsmutions GmbH in Saxony-Anhalt, Germany.

To summarize, WPA was an American headquartered multinational company that only had overseas manufacturing.

The ammunition was produced overseas and imported to the United States, which was no different than how the Taiwanese-based Foxconn produced various American consumer electronics products including the Apple iPhone, Amazon Kindle, and most Nintendo gaming systems.

Where the matter is further confused is that in 2009, WPA ended it brand with both the Tula Cartridge Plant and the Ulyanovsk Machinery Plant due to legal disputes. As such Wolf now uses a variety of suppliers from across the European Union to meet its demands. Where it becomes more confusing is that WPA and TulAmmo both produce ammunition in some of the same plants so that the ammo is essentially identical but once it arrives in the U.S.A., it is sold in different boxes with different logos.

For a while, Wolf was also a major supplier of the Afghan military, and that was a cause of the last great ammo shortage that began in 2007 and continued into 2009.

While WPA isn’t a Russian company, is headquartered in California and sells a product that is made in Europe, the question is whether its ammo will impacted by the Biden Administration’s ban on Russian-made firearms and ammunition?

The answer is that some of its ammunition will likely remain on shelves while other calibers will not. It all depends on the sources. If the ammunition is made at a Russian factory that caliber will likely be banned. However, it is worth noting that the company sources its brass from Taiwan, while WPA also imports cartridges from the same Serbian factory that produces ammo for Prvi Partizan.

Yet, despite those facts, Wolf has been repeatedly named in coverage of the impending ban on Russian ammunition that is set to take effect on Sept. 7. In some cases, the reports simply included Wolf along with other forms – and this reporter has been among those that have made the claim the company’s ammunition will be impacted. For now, as far as we can tell with the information we have, it is likely some WPA will remain available while some may not.

The company did not respond to our calls to confirm how will be impacted by the ban. We’ll continue to stay on top of this developing story.