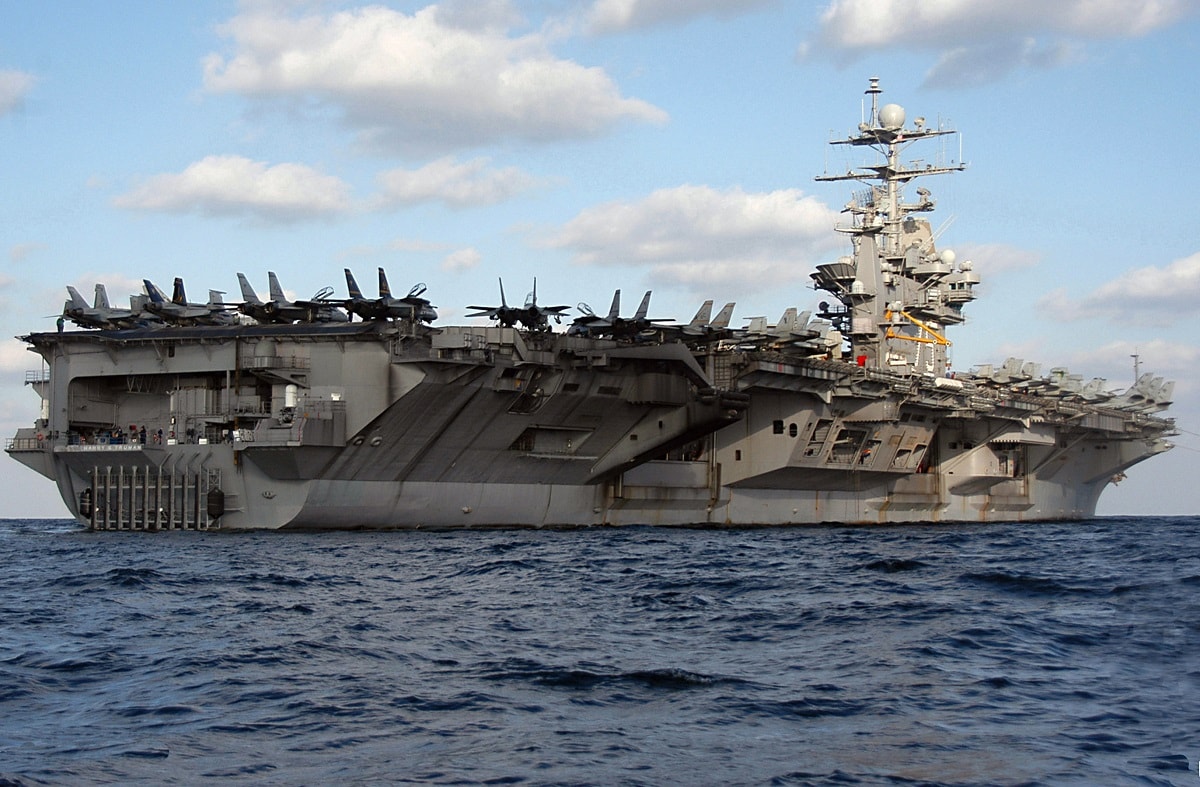 More than 150 inspectors embarked on the USS Harry S. Truman (CVN-75) from Sept. 20 to Sept. 24 to inspect more than 400 demonstrations and nearly 100,000 pieces of equipment, as part of the final phase of testing conducted by the Board of Inspection and Survey (INSUV) at the naval station. INSURV is a congressionally mandated inspection of U.S. Navy ships that is conducted every three months.

The command was assessed on the carrier’s cleanliness and preservation, while a thorough check of the ship’s material condition to ensure total mission readiness was conducted. The resulting score was deemed “Excellent.” It was recognized as one of the best aircraft carrier assessments in recent years – fitting for a warship whose motto is “The Buck Stops Here.”

Dealing with a warship the size of Harry S. Truman is no small undertaking.

“An aircraft carrier is the largest vessel in the Navy’s arsenal, and because of its size and the thousands of Sailors that work on her, departments typically focus on their own responsibilities to do their part to ensure mission readiness.” said Master Chief Electrician’s Mate Stephen Ludlam, Truman‘s INSURV coordinator.

“INSURV is a forcing function that breaks those departmental barriers down. It forced leaders on every level of the chain to reach out for help from technical experts who are in other departments,” added Ludlam. “It forced better communication and instilled a sense of urgency in fixing material deficiencies.”

The warship had been preparing for the final inspection for over a year, and that included the modernization and repairing of equipment, refurbishing old hardware and training sailors to deep clean all of the ship’s spaces.

Named for the 33rd president of the United States, USS Harry S. Truman is the eighth Nimitz-class aircraft carrier and is currently homeported at Naval Station Norfolk, Virginia. The carrier was launched on September 7, 1996 by Newport News Shipbuilding, Newport News, Virginia and commissioned on July 25, 1998.

Harry S. Truman, like her nine Nimitz-class sister carriers in service with the United States Navy, is powered by two A4W pressurized water nuclear reactors, which drive four propeller shafts and can produce a maximum speed of over 30 knots (56 km/h) and a maximum power of around 260,000 shaft horsepower (190 MW).

The aircraft carrier can accommodate a maximum of 130 F/A-18 Hornets or 85–90 aircraft of different types. Its current air wing typically consists of 64 aircraft, which can include 24–36 F/A-18E or F Super Hornets as strike fighters; two squadrons of 10–12 F/A-18C Hornets, with one of these often provided by the U.S. Marine Corps (VMFA), also as strike fighters; 4–6 EA-18G Growlers for electronic warfare; 4–6 E-2C or D Hawkeyes for airborne early warning (AEW), C-2 Greyhounds used for logistics (to be replaced by MV-22 Ospreys); and a Helicopter Antisubmarine Squadron of 6–8 SH-60F and HH-60H Seahawks.

Harry S. Truman had arrived at her homeport in July 2020 to complete a record-breaking quantity of maintenance work, as well as multiple equipment testing evolutions that had never previously been conducted on a Nimitz-class carrier during a shipyard maintenance availability.

The carrier had completed the first of its kind Extended Carrier Incremental Availability (ECIA) in May. Now with the INSURV completed, the carrier is one step closer to return to service.

“I can’t begin to describe how proud I am of this crew,” said Capt. Gavin Duff, USS Harry S. Truman‘s commanding officer. “INSURV helps us properly assess the material condition of our ship to ensure we deploy with a maximum level of operational readiness. Our sailors saw this goal as the true focus and met the challenge as they do every day. You guys stepped up and worked hard these past few months and executed it like the professionals you are.”