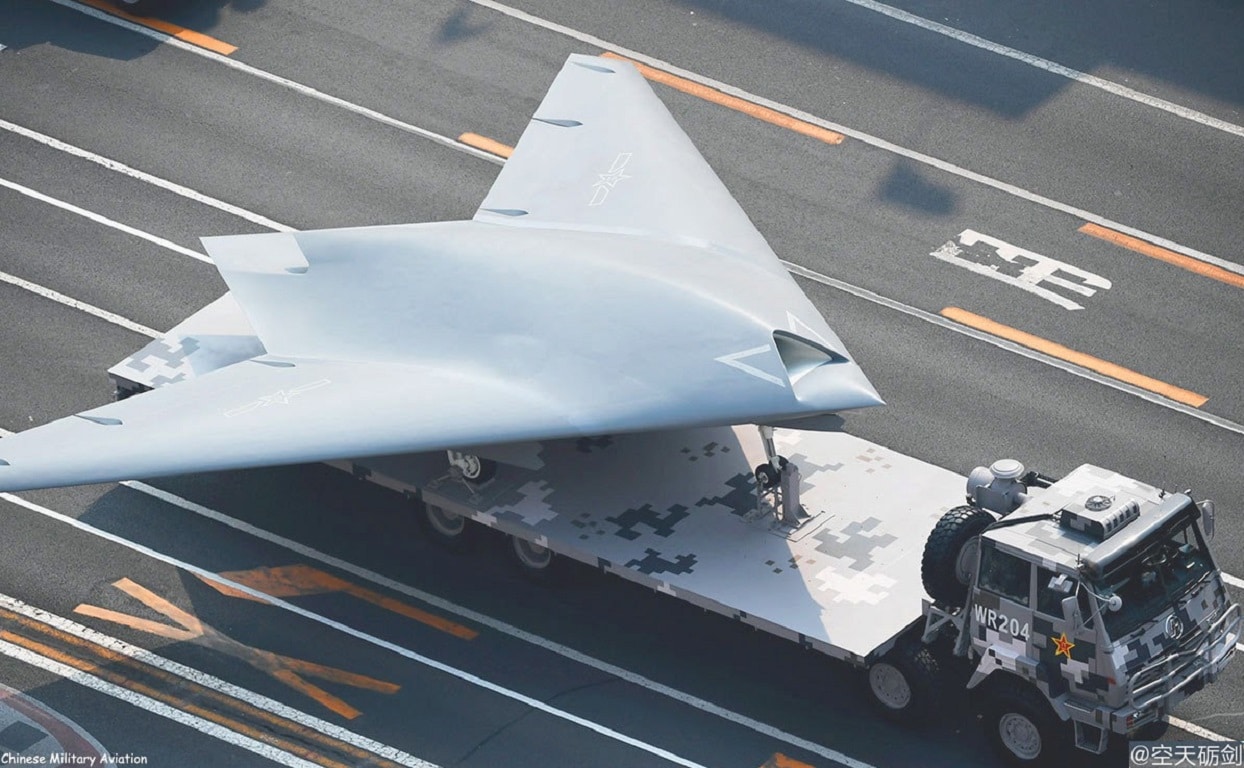 China’s GJ-11 sharp sword drone has some stealth characteristics and could fly missions that would prep the battlefield should a conflict between China and Taiwan erupt. Dubbed the “Sharp Sword,” it has been in service for at least two years, but Western analysts are beginning to appreciate its capabilities.

Introduced in 2019 at a parade, the Sharp Sword has been in the news recently because of the influential Zhuhai air show a few weeks ago where the Chinese showed off the GJ-11’s two weapons bays for the first time. The Sharp Sword is a radar-absorbent flying wing. It can fly 621 miles per hour and has a ceiling of 41,000 feet. The range is an impressive 2,500 miles.

Will the Sharp Sword Be Launched From a Carrier?

The Sharp Sword is expected to carry precision-guided munitions. It doesn’t look like it has the thrust to be deployed on aircraft carriers and it would likely need vertical takeoff capabilities to be launched from amphibious landing ships. Observers do not agree on whether the Sharp Sword is a naval drone and some believe that it could indeed be carrier-based.

If this drone ever developed electronic warfare capability to spoof enemy radar, then it could make a difference in any attack over Taiwan. China already has the J-16D fighter plane that carries jamming pods. It is comparable to the American EA-18G Growler. Some J-16s have radar-absorbent paint, but the Sharp Sword is expected to have better radar-evading characteristics.

Chinese air doctrine is expected to use jamming and spoofing of Taiwan’s air defenses were there to be an air attack over the Taiwan Strait. If Sharp Sword is truly stealthy, then it would have no problem evading Taiwanese defenses when working in tandem with the J-16D.

The Sharp Sword could also fly ahead over Taiwan and identify and lase targets for other shipborne and ground ballistic missiles aimed at Taiwan. This would be a likely scenario if the weapons are not currently operational, and the Sharp Sword is merely a recon drone at this time. It could also conduct bomb damage assessment to ensure that a significant number of targets in Taiwan are destroyed, or if they need more Chinese missiles launched.

The Sharp Sword has many different types of missions it could embark on. Its ceiling, speed, and range are notable. It is likely already conducting flight recons in Taiwan’s air defense identification zone. We know dozens of Chinese aircraft have already flown in Taiwan’s ADIZ recently. It is not clear if the Sharp Sword is a naval craft and analysts are divided on whether it could be carrier-based. The degree to which it has stealth capabilities is also unknown. The Chinese are known for exaggerating their airplanes’ stealthiness. But the Sharp Sword is an interesting asset and will have Taiwanese and American intelligence analysts scratching their heads for a while.