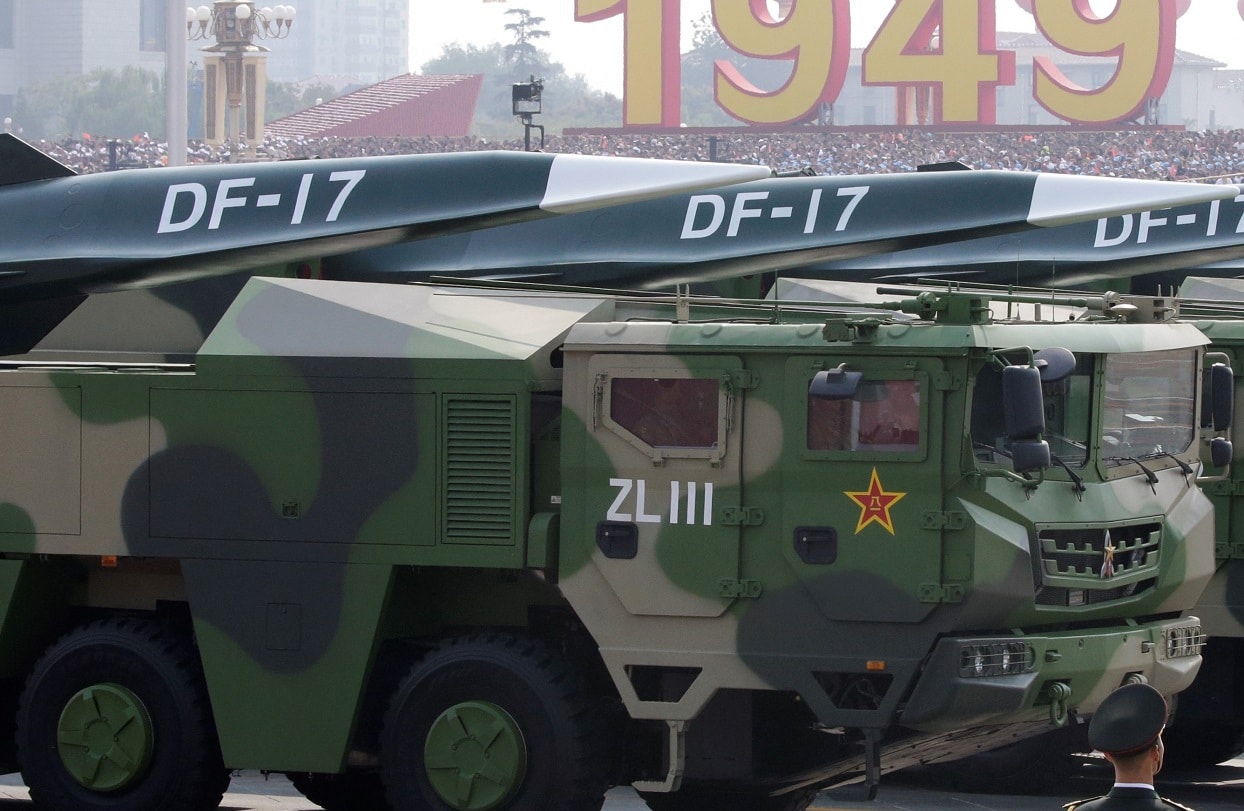 Much of Washington has been in a spin this week, with reaction to the allegation that China recently tested a hypersonic missile. As is frequently (usually) the case, the reactions have been blown out of proportion in relation to what’s really going on.

The Chinese missile test, combined with increasingly aggressive military activity around their arch-nemesis Taiwan, has spawned claims this “new Sputnik moment” gives evidence that Washington is falling behind Beijing technologically and thus – as one member of Congress suggested – the U.S. should pre-arm Biden with Congressional authorization to respond with force should China attempt to conquer Taiwan.

A sober, comprehensive assessment of the reality of the situation, however, shows that conditions still overwhelmingly favor the United States – provided we don’t squander our superior position with emotion-based and irrational responses.

Though China still formally denies having conducted a test of a hypersonic missile, U.S. intelligence is reported to have privately concluded that Beijing did successfully conduct such a test last August. Whether this particular report turns out to true or not, China developing a hypersonic missile comes as no surprise to anyone who has been paying attention.

As far back as 2015, the unclassified DoD annual report to Congress on Chinese military developments revealed that China was in the process of “developing and testing several new classes and variants of offensive missiles, including hypersonic glide vehicles.” In last year’s DoD report, the Pentagon added that the Chinese military had placed a “heavy emphasis on developing and testing hypersonic glide vehicles.” No one could therefore claim that this alleged test “caught U.S. intelligence by surprise.”

The big question, however, is the extent to which this development portends trouble for the United States and second, to ascertain whether it places our security at increased risk. On the first point, we cannot deny that whether this was a genuine hypersonic missile test or not, China has made dramatic and significant technological development in its rocket forces over the past decade especially.

China has three times successfully landed vehicles on the moon, earlier this year Beijing sent its first astronauts to its own space station, and just two months ago China completed its first rover mission to Mars. The plain fact of the matter is that China is a wealthy, technologically sophisticated nation – and a capable adversary.

It is equally a matter of fact, however, that their advancement – however impressive – has not materially changed the reality that the United States still holds a strategic military advantage over China. There is, in short, no need to panic as a result of China improving its technological capacity. America and our treaty allies will continue to successfully deter any unprovoked Chinese attack.

By most estimates, China has approximately 300 serviceable nuclear warheads. While technologically advanced, a new hypersonic vehicle does not materially change any balance of power calculations, as even China’s traditional ICBM missiles fly so fast that it is unlikely we’d ever be able to intercept them.

What has kept China deterred from even considering using their missiles against us, however, is the knowledge certain that for any missile China might ever launch at us – we have 20 that could return fire against the Chinese mainland. China may be undemocratic, effective in suppressing the rights of its citizens, but they are not suicidal: they are incredibly unlikely to ever launch an unprovoked nuclear attack against the United States because of the certainty that we could retaliate massively. That is not to say, regrettably, that there is no danger of nuclear exchange with China.

Without question, Beijing’s top priority is regime survival, not territorial conquest. But since their 1927-1949 civil war, the communist leaders in China have been unequivocal that they would use force to return Taiwan to mainland control. A comprehensive examination of China’s military modernization over the past two decades clearly indicates they have built a force to do three primary things: 1) ensure internal control of China, 2) build sufficient capacity to take Taiwan by force, and 3) to deter external powers from being able to interfere if China chooses the military option for Taiwan.

The recent expansion of 250 nuclear missile silos in China, the militarization of manmade islands in the South China Sea, and the development of their nuclear missile inventory have one clear objective: to deter the United States from intervening in the event of a war with Taiwan. The cold, hard truth is that China has the capacity (and may have the will) to conquer Taiwan by force across the 100 mile Straits. An equally cold, hard truth is that America, from thousands of miles away, does not have the capacity to stop a determined Chinese assault of Taiwan. Ignoring these realities could set us up for a shocking and a potentially unrecoverable military disaster.

There is one final cold, hard truth, however: regardless of how much China has improved its conventional and strategic forces, they can only outgun and outmuscle us in the tiny patch of water adjacent Taiwan. If they venture out beyond the first island chain, all the advantages shift decisively in America’s favor. As long as we don’t try to fight an unwinnable war with China over Taiwan, there is virtually nothing Beijing can do to threaten our military or our country’s security.

Now a 19FortyFive Contributing Editor, Daniel L. Davis is a Senior Fellow for Defense Priorities and a former Lt. Col. in the U.S. Army who deployed into combat zones four times. He is the author of “The Eleventh Hour in 2020 America.” Follow him @DanielLDavis1