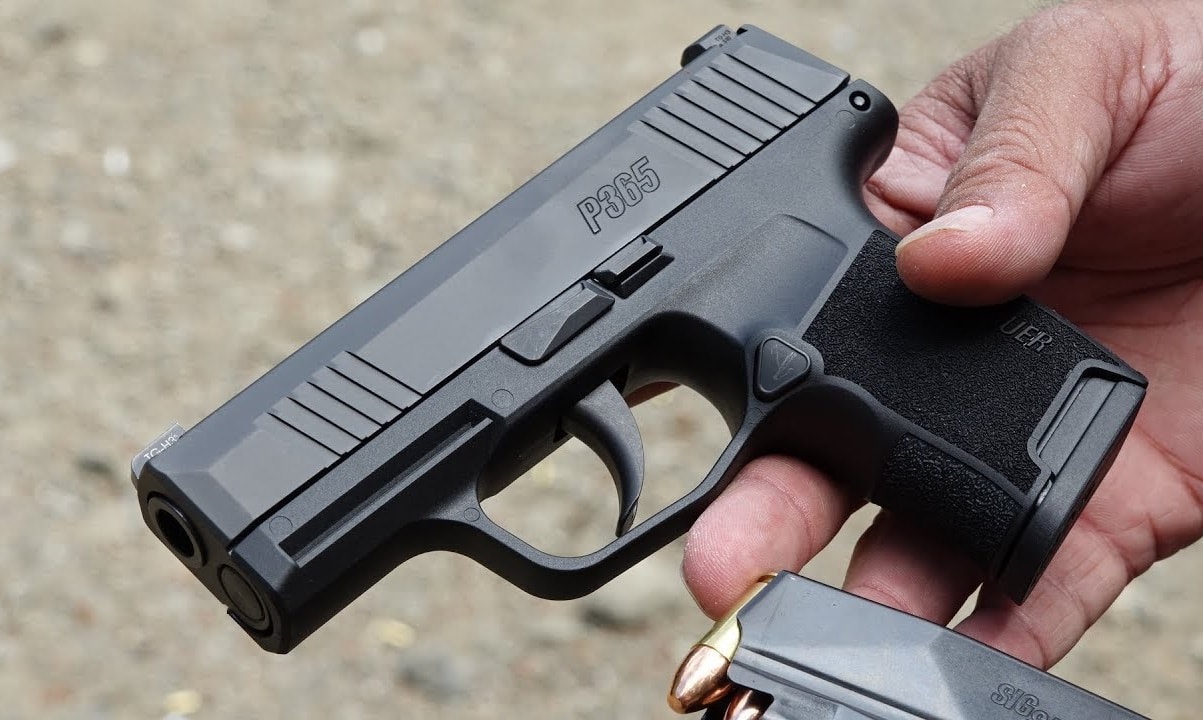 Sig Sauer is legendary in the firearms business. There’s no doubt about it. They’re well regarded by most everyone, including the military who started using Sig handguns as their standard-issue sidearms.

The civilian side is very much the same with great offerings for full size, compact, and sub-compact. The P365 is one of those well-regarded firearms.

Is this subcompact truly great or another trade-in? Read on to find out!

I absolutely love the look of this little subcompact. It’s extremely low profile, pretty close to the size of a Glock 43. It’s super thin despite holding 10 rounds + 1 in the chamber. I’d actually consider the P365 essentially the perfect concealed carry pistol in terms of size and capacity alone.

It’s extraordinarily easy to conceal and I’d call it a true pocket gun. I actually didn’t really end up using a waistband holster. Instead, I was utilizing a pocket sticky holster. It worked especially well in the summer wearing shorts. The P365 has become one of my favorites for summertime carry or otherwise super minimal, low-profile protection. It doesn’t sacrifice too much aside from a little bit of mag capacity. And I could probably fit 4 of these in my little gun safe.

Compared to a few other subcompacts, the P365 stock mags are far superior to their 6 & 7 rounds counterparts. I’ve always felt a little sketched out carrying less than ten rounds in my primary defense pistol. The P365 resolves that with panache and lets me have 10 rounds in a crazy small package.

As with most pistols, the accuracy is mostly determined by the shooter. The P365 performed fine with accuracy. No wild shots or anything of the sort. The sights are perfectly functional, but it’s a little too small for optics.

Recoil is pretty snappy. But that’s something that I expect out of basically every subcompact pistol I test. The short barrel length really doesn’t do any favors when it comes to kick. I’m not going to hold that against Sig though.

I found the reliability to be pretty satisfactory. I had one malfunction, but I think that may have been a grip issue caused by me. I’d trust this pistol to cycle perfectly in a bad situation for sure assuming that I trained with it every day.

It’s not too pricey either at $599.99 MSRP. It might seem a little bit much for such a small pistol, but you’re really getting your money’s worth with the P365.

I can’t say that I really had any issues with the Sig Sauer P365. In fact, it’s probably shaping up to be my primary Spring and Summer carry pistol. The visuals are appealing and I am in love with near compact mag capacity.