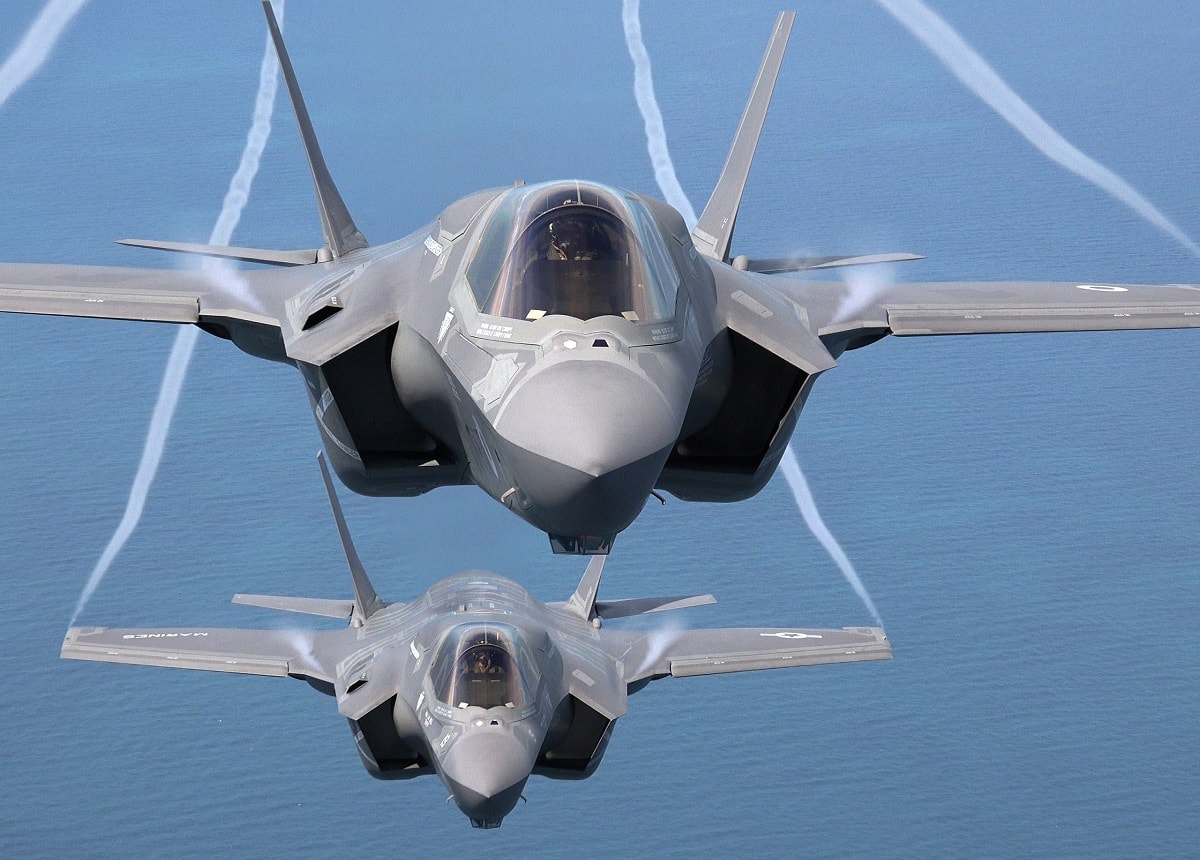 Beginning this week, United States Marine Corps (USMC) F-35Bs from Iwakuni have begun operations in support of the Japan Maritime Self-Defense Force’s post refit trails of the destroyer helicopter carrier JS Izumo (DDH183). Officially classified as a multi-purpose operation destroyer, the warship is the lead vessel of the class. In May 2018, the ruling Liberal Democratic Party announced that it favored a plan to covert Izumo to operate with fixed-wing aircraft – which upon completion would see the helicopter carrier converted into a light aircraft carrier.

Last week, Japan’s Ministry of Defnse (MoD) had announced that beginning on Sunday, the USMC F-35B aircraft would start a regiment of tests. Those tests are scheduled to be concluded later this week.

Tests will include landing and takeoff of Lockheed Martin F-35B Lighting II Short Take-Off Vertical Landing (STOVL) variant from flight deck of JS Izumo. As noted, this is now the first time since the era of Imperial Japanese Navy that a fixed-wing aircraft takes off from a Japanese vessel. The helicopter carrier arrived at the U.S. military base MCAS Iwakuni on September 30 in preparation of those tests.

In June the Japanese flattop had completed the first of a two-stage modification that would enable it to operate with the F-35. That stage added heat-resistant coating to the flight deck and flight line markings for F-35 operations.

It is unclear how many F-35Bs are being embarked for the trials, or which USMC squadron was taking part in the aircraft. The U.S. Marines currently have two F-35B squadrons operating from Marine Corps Air Station Iwakuni, with the ‘Bats’ of Marine Corps Fighter Attack Squadron (VMFA) 242 declaring initial operating capability (IOC) on Sept. 9; while the ‘Green Knights’ of VMFA-121 had reached IOC in July 2015, before deploying to Japan in January 2017.

It should also be noted that unlike the USMC F-35Bs that are embarked on the Royal Navy’s flagship aircraft carrier HMS Queen Elizabeth this is just a short-term test operation.

The final conversion work on Izumo will reportedly be carried out in Fiscal Year 2025 (FY25), but it will actually be just one of two future light carriers to be operated by Japan’s Maritime Self-Defense Force. Izumo‘s sister ship, JS Kaga (DDH184), will be fully modified in FY 2022. The second stage of Izumo‘s conversion and the full stage of Kaga‘s conversion will involve some structural modifications. This will include a change of the shape of the ships’ bows along with interior reconfiguration allowing them to embark and fully operate F-35s.

As USNI News also reported, the modification of Izumo and Kaga has been paired with the planned Japan Self-Defense Forces buy of 42 F-35Bs to operate from the two ships. The first of those JSDF F-35Bs are set to arrive in FY 2023 and until that time, the U.S. Marine F-35s are expected to continue operating off the two ships as Japan acclimates itself to operating F-35Bs.

Last month, the JMSDF had conducted a series of engagements and exchanges in relation to F-35B operations with the U.K. Royal Navy’s Carrier Strike Group 21 (CSG21) while it was in Japan.

Japan will not be the only Pacific Asian nation to operate aircraft carriers. China’s People’s Liberation Army Navy (PLAN) currently has two operational carriers and is building a third, while South Korea has also announced plans to build a domestically manufactured carrier. Thailand had previously operated its flagship HTMS Charki Naruebet (CVH-911) as a fixed-wing carrier, but since the warship has been operated solely as a helicopter carrier.