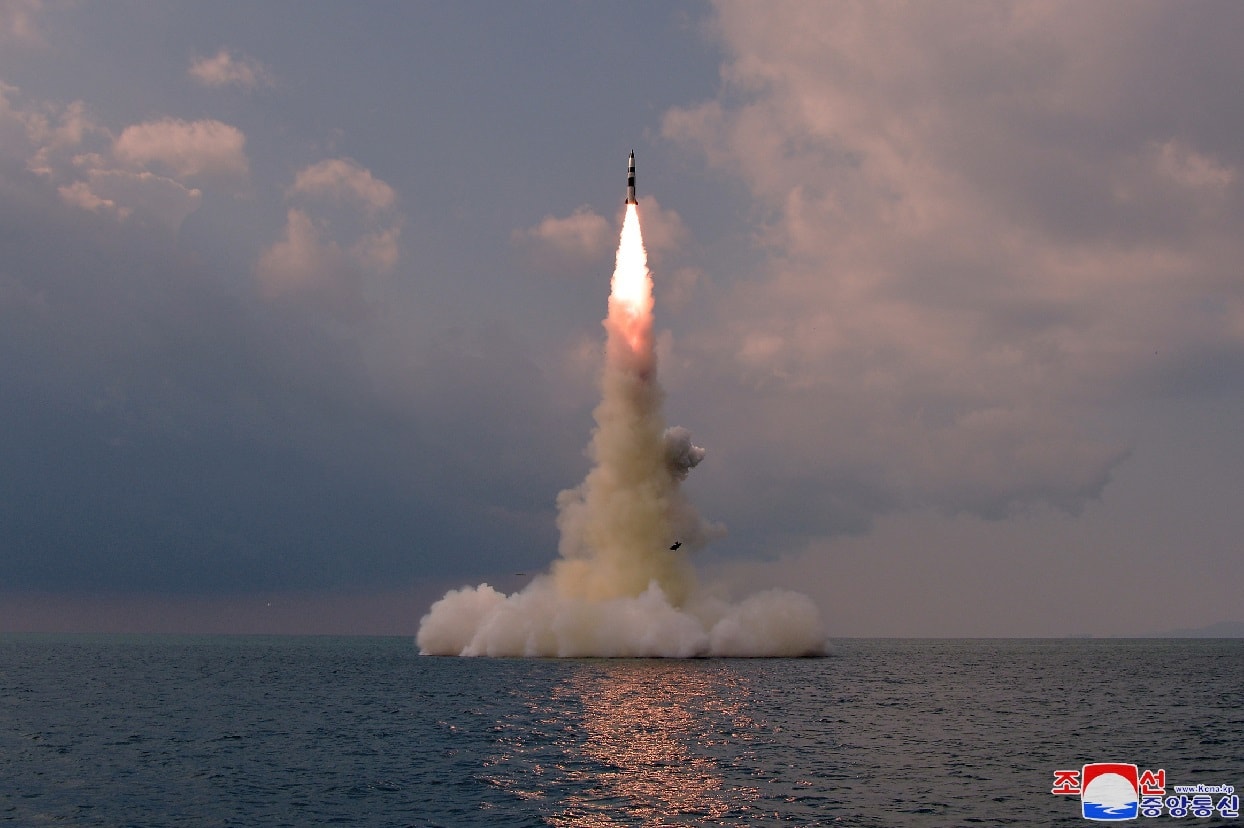 Even as the United States has reaffirmed its offer to resume diplomacy on North Korea’s nuclear weapons program, the Hermit Kingdom responded with one of the most significant demonstrations of military might since President Joe Biden took office in January. North Korea fired at least one ballistic missile into the sea – the first such launch since 2019.

Most important of all, North Korea claims its new submarine-launched missile was actually fired from a submarine and not an underwater barge.

The launch was confirmed on Wednesday by North Korean state news outlet KCNA, which released images of the launch and said that the missile had “advanced control guidance technologies.” Those advancements could make the missile harder to track.

While the United Nations prohibits North Korea from testing ballistic missiles and nuclear weapons, the Hermit Kingdom has continued to carry out tests of what it said were hypersonic and increasingly advanced missiles. North Korea also claims to have fired the missile from the same submarine that it had launched an older missile from in a 2016 test.

According to the BBC, Kim Jong-un was not mentioned in the state run media reports, which suggested that he may not have attended the tests.

South Korea’s Joint Chiefs of Staff said in a statement on Tuesday to the media that it had detected the launch. However, authorities in Seoul didn’t confirm whether the missile fired came from a vessel or underwater platform, while an undisclosed official told the Yonhap News Agency that the missile may have been launched from a submarine near the port of Sinpo. The missile reached its target between the Korean Peninsula and Japan.

The United States Indo-Pacific Command was quick to note that North Korea’s latest launch did not pose an immediate threat to U.S. personnel, territory, or that of its allies. However, it still issued a strongly worded response.

“The United States condemns these actions and calls on the DPRK to refrain from any further destabilizing acts,” it said, while using the abbreviation of North Korea’s formal name, the Democratic People’s Republic of Korea.

Japan’s military reported that its analysis suggested that two ballistic missiles may have been fired. The launch of the missile or missiles resulted in Prime Minister Fumio Kishida interrupting his campaign trip ahead of Japanese legislative elections that are scheduled to be held later this month. He returned to Tokyo and immediately ordered his government to start revising Japan’s national security strategy to adapt to the potential threat from Pyongyang. That even included possible development of the ability to preemptively strike North Korean military targets, NPR reported.

“We cannot overlook North Korea’s recent development in missile technology and its impact on the security of Japan and in the region,” said Kishida, who took office as Japan’s new prime minister on Oct. 4, succeeding Yoshihide Suga who resigned after just a year in office.

Japanese Defense Minister Nobuo Kishi also commented on the launch of the North Korean missile, which he said reached a maximum altitude of 50 kilometers (30 miles) and flew on “an irregular trajectory” while traveling as far as 600 kilometers (360 miles). The defense chief added the North Korean missile didn’t breach Japan’s exclusive economic zone (EEZ) set outside its territorial waters.

Kim Jong-un has been unsurprisingly silent this week, and may have opted to let the test launch and the handful of images speech instead. Numerous experts also weighed in on what the launches might signify.

“Looking at the recent pattern of weapons test fired by North Korea, it seems that the mock-up unveiled at the military parade in 2020 October and this January is now being tested,” Kim Dong-yub, a professor at the University of North Korean Studies in Seoul, told CBS News’ Jen Kwon on Tuesday “This appears to be in accordance with the five-year plan to strengthen national defense capabilities discussed at the [North Korean] 8th Party Congress.”

The North Korean regime may be trying to maximize the performance of its missiles, and range doesn’t seem to be the primary concern.

“The trajectory indicates a short-range missile,” Jeffrey Lewis, director of the East Asia nonproliferation program at the Middlebury Institute of International Studies at Monterey, told Bloomberg.

Easley added that North Korea “cannot politically afford appearing to fall behind in a regional arms race” with its southern neighbor. “North Korea’s SLBM is probably far from being operationally deployed with a nuclear warhead.”