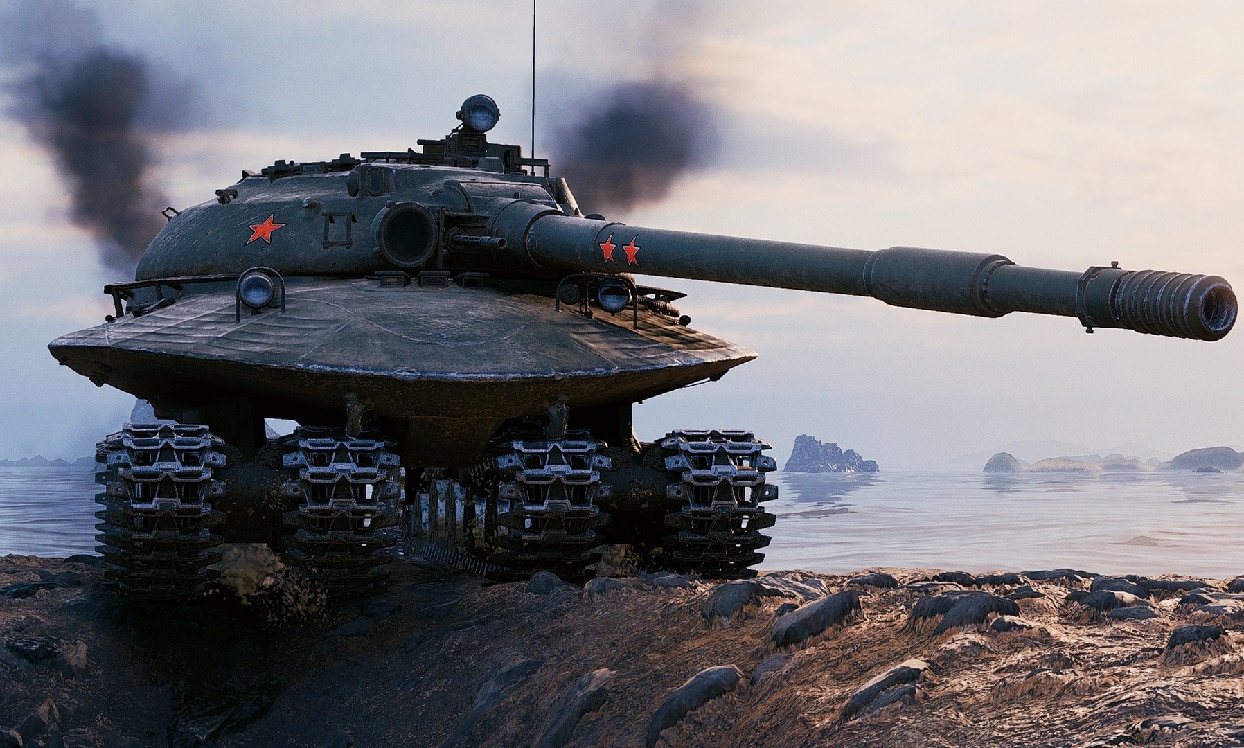 The tank was known only as Object 279, one of those opaque Soviet designations that could mean just about anything.

But just looking at the experimental Soviet heavy tank from the 1950s is enough to give one chills.

There are the quadruple tracks, four sets of treads as if the tank had tried to multiply through cell division. And there is that long, long cannon like a poke in the face.

Object 279 was born in 1957, at a time when heavy tanks were still in vogue, instead of the one-size-fits-all main battle tank concept of today. Heavy tanks had garnered a prominent—perhaps disproportionate—reputation during World War II, notably the German Tiger I and II, and the Soviet JS-II and III models, which dwarfed Western medium tanks like the U.S. M4 Sherman.

Object 279 was the brainchild of the Kirov Plant in Leningrad. Designed in 1957, the sixty-ton vehicle would have been assigned an assault role typical of World War II heavy tanks, which was to break through enemy fortified lines. But strangely for such a heavy vehicle, it was also intended to operate in terrain too rough for lighter tanks to operate in, according to one Russian military history site (Google translation here).

The solution was to add an extra pair of tracks, which paradoxically would make the tank more maneuverable over swampy ground by by spreading out the weight. “In this arrangement, the 279’s operating weight did not exceed the maximum pounds-per-square-foot that would have reduced her ability to carry out her given mission on any type of ground,” notes one article. “The new design approach increased cross country performance while also allowing her to traverse natural obstructions such as soft ground, swampy topography, fields with cut trees and even snow.”

Object 279’s armor was equally impressive: a 130mm cannon with a semi-automatic loader, infrared sights and even a radar rangefinder. Frontal armor protection was as thick as eleven inches (its contemporary, the American M-60, was closer to six inches). Reflecting the belief among early Cold War planners that World War III would be nuclear, Object 279’s hull featured that weird oval shape, also common to Western experimental designs of the era, that resembled a flying saucer on treads (the shape was intended to resist nuclear blast waves that could flip over a tank).

But while Object 279 just might have shrugged off an armor-piercing shell, no amount of armor could protect it from politics. In the late 1950s, Nikita Khrushchev decided that a Third World War would not be a replay of the previous war. He foresaw a conflict where nuclear bombs, and high-tech weapons such as anti-tank missiles, dominated the battlefield. He downsized the Soviet Army in favor of nuclear weapons, and also scrapped World War II–style projects like heavy tanks.

Just one prototype of Object 279 was built in 1959. That vehicle sits in the Kubinka tank museum.

Would Object 279 have proven effective on the battlefield? Despite the fearsome reputations of vehicles like the Tiger, the heavy tanks of World War II tended to be maintenance hogs. Whether a complicated design like a quadruple-tracked tank in a fast-paced mechanized war in Europe is an open question. But chances, no American tank crew would have enjoyed facing the last Soviet monster tank.