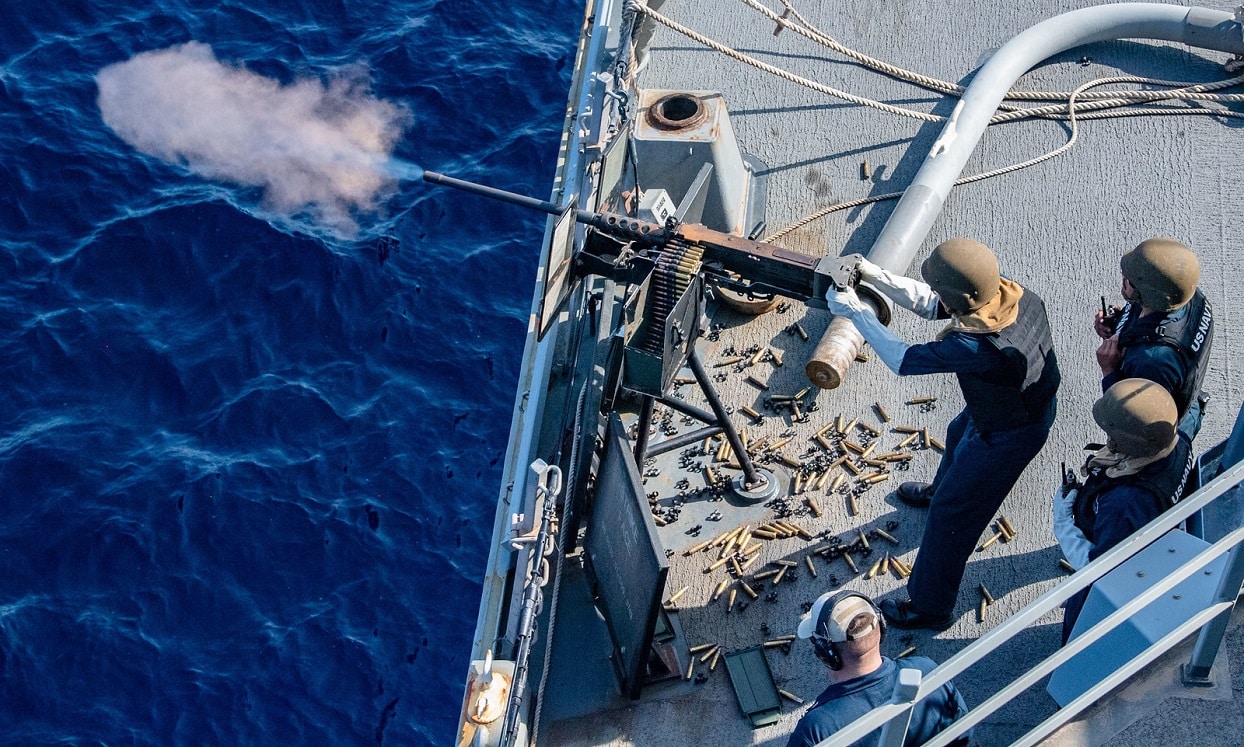 The US Navy set up a new facility in a cave system in northern Norway in October, reflecting the increased focus that the US and its NATO allies have put on the alliance’s northern borders with Russia.

EMFs have many of the same capabilities as a modern hospital and can be deployed on short notice, according to Lt. Cmdr. Michael Lucas, director of operations for US Navy Expeditionary Medical Support Command.

Norwegian caves are “an excellent storage solution” that allow for quickly stowing and deploying the EMF, and Civil Engineering Support Equipment already in them will support the EMF, Lucas said in a press release.

The 150-bed mobile hospital can operate within Norway’s caves or be moved to respond to an emergency elsewhere in Europe.

It contains 20 intensive-care beds, 130 acute-care beds, four operating rooms, an emergency room, and a laboratory. It can also conduct X-rays and CT scans, in addition to storing 300 units of blood.

The facility brings an enhanced medical capability to northern Europe that provides “increased opportunities to develop shared processes and procedures with NATO allies and partners in the region,” the Navy said in the release.

Lt. Cmdr. Anthony Skrypek, NAVEUR’s force medical planner, said the project took three years and that the move allowed for training on medical and logistical processes in the Arctic, “which improves interoperability with NATO allies and partners.”

Lt. Gen. Yngve Odlo, Norway’s Joint Headquarters commander, called the deployment “a clear demonstration” of US commitment to Norway and to Europe.

Moving the facility’s components from Blount Island Command in Florida to the caves in Norway required 195 containers and 165 pieces of Civil Engineering Support Equipment.

The move itself took about a month, but the time it takes to deploy it elsewhere in Europe will depend on where it needs to go and what it’s needed to do, US Naval Forces Europe told Insider in an email.

The US Marine Corps has stored equipment in caves in Norway since the early 1980s. Much of it was withdrawn for the Iraq War, but those stocks were later rebuilt and in recent years have supported exercises around Europe.

The Corps’ force redesign likely means some heavy equipment stored in those caves will be decommissioned. The Corps also said recently that it will reduce the rotational deployments it has conducted in Norway since 2017.

Other moves indicate the US will be spending more time in Norway, however.

The US Navy and Air Force presence there has increased in recent months, including port calls and a historic deployment by B-1B bombers earlier this year. US Navy commanders have also trained to sail in fjords during exchanges with Norway’s navy.

A deal signed this spring will allow the US to build facilities on Norwegian bases, including at Evenes air station and Ramsund naval station, both of which are near Bogen Bay.

The activity comes amid heightened tension with Russia. Russia’s military activity in the Arctic has concerned Norway and its NATO allies, which have stepped up their own activity in that increasingly accessible region.

A Russian invasion of northern Norway is seen as unlikely, but the EMF deployment is part of the response to what US officials call strategic competition in the region and around the world.

“In this era of great-power competition, distributing our capabilities around the globe drives down risk,” Rear Adm. Michael Curran, director of readiness and logistics for US Naval Forces Europe, said in the release.

Christopher Woody writes and edits stories on military issues, defense policy, and foreign affairs. He is based in Washington, DC. Reach him at cwoody@businessinsider.com or on Twitter at @chrstphr_woody.