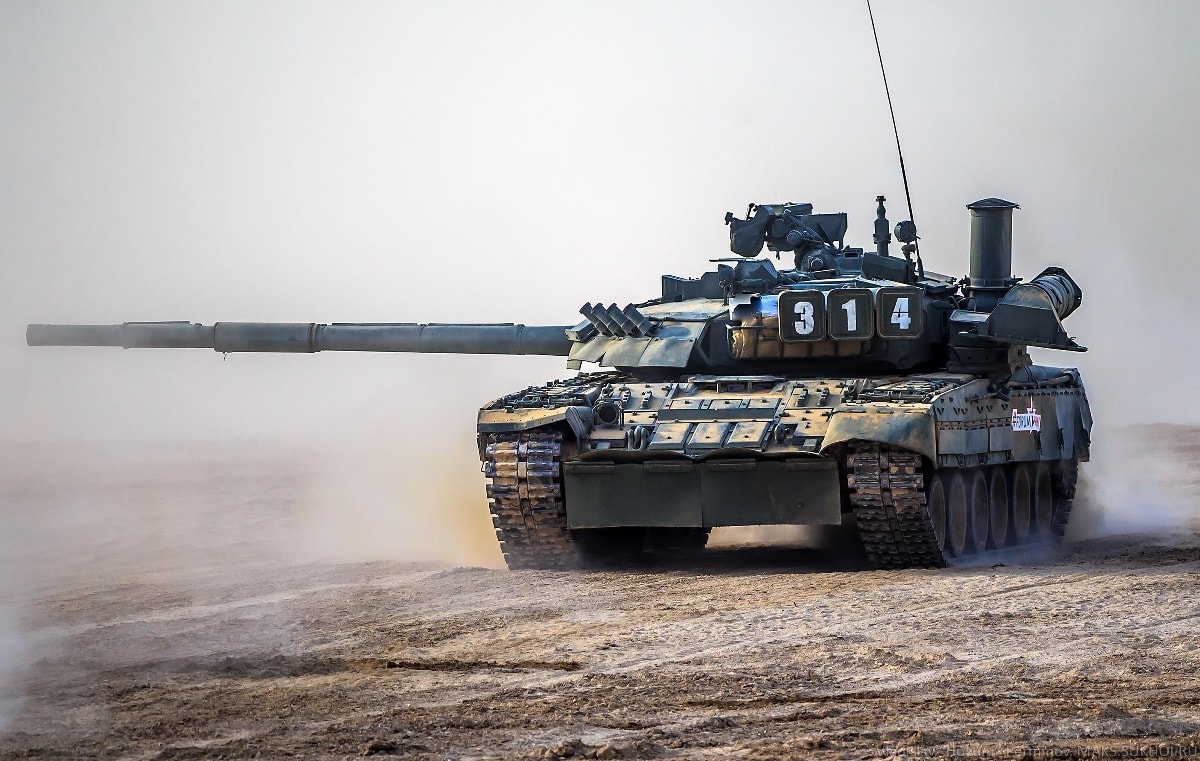 Moscow may have touted the capabilities of its still-in-development T-14 Armata main battle tank (MBT), but to date, less than two dozen have been produced, and given the costs, it could be years before the Russian-designed tanks will replace the fleet of legacy vehicles in service. That is why it isn’t a surprise that last week the Uralvagonzavod Group, which is part of the state-owned military technology conglomerate Rostec, announced that it plans to begin further upgrades to the T-80BVM – the modernized version of the T-80BV that was first introduced in 1985.

“There are plans to further upgrade the T-80BVM tank in the following areas: boosting its firepower, increasing its protection, raising its maneuverability and controllability,” the Uralvagonzavod press office told TASS at the Army 2021 international military-technical forum back in late August.

The Russian military has made great strides in improving the T-80, which had been designed and manufactured in the Soviet Union during the Cold War. It was actually quite advanced for its day, and when the T-80 first entered service in 1976 and was only the second MBT to be equipped with a gas turbine engine—after the Swedish Strv 103. The T-80 has been steadily upgraded and improved, and variants of the MBT were exported to Cyprus, Egypt, Pakistan, and even South Korea. Some 5,500 have been built over the past four and half decades.

The T-80B variant was the first to see major improvements, and that included a new turret, laser rangefinder, and improved armor. It first entered service in 1978, and it was seven years later that the T-80BV then was introduced with additional enhancements that most notably included its reactive armor. Vast numbers of the T-80BV were in service during the collapse of the Soviet Union in 1991.

The T-80BVM was introduced in 2017. It featured an improved 125mm cannon along with a more powerful 1,250 hp gas turbine engine. The main battle tank was also furnished with a multi-channel gunner sight, a mechanic driver’s vision device, and an armament stabilizer, it is also reinforced with slat and modular reactive armor. The T-80BVM has been produced by the Omsk Transport Machine-Building Enterprise, integrated into the Uralvagonzavod Group.

Despite the large numbers produced, and the efforts to keep the ubiquitous T-80 upgraded, it was only first deployed in combat during the First Chechen War in 1994. To say it didn’t go well is a bit of an understatement, as many were destroyed in urban environments.

It suffered savage losses to lightly armed guerrillas, but that was due as much to poor Russian tactics as actual flaws in the design. However, Russia opted not to deploy the tank in 1999’s Second Chechen War or the 2008 Russo-Georgian War.

Despite those shortcomings on the battlefield, cash-strapped Moscow maintained the aging T-80s and has continued to upgrade rather than replace them. How these tanks would fare with the latest upgrades however remains anyone’s guess.