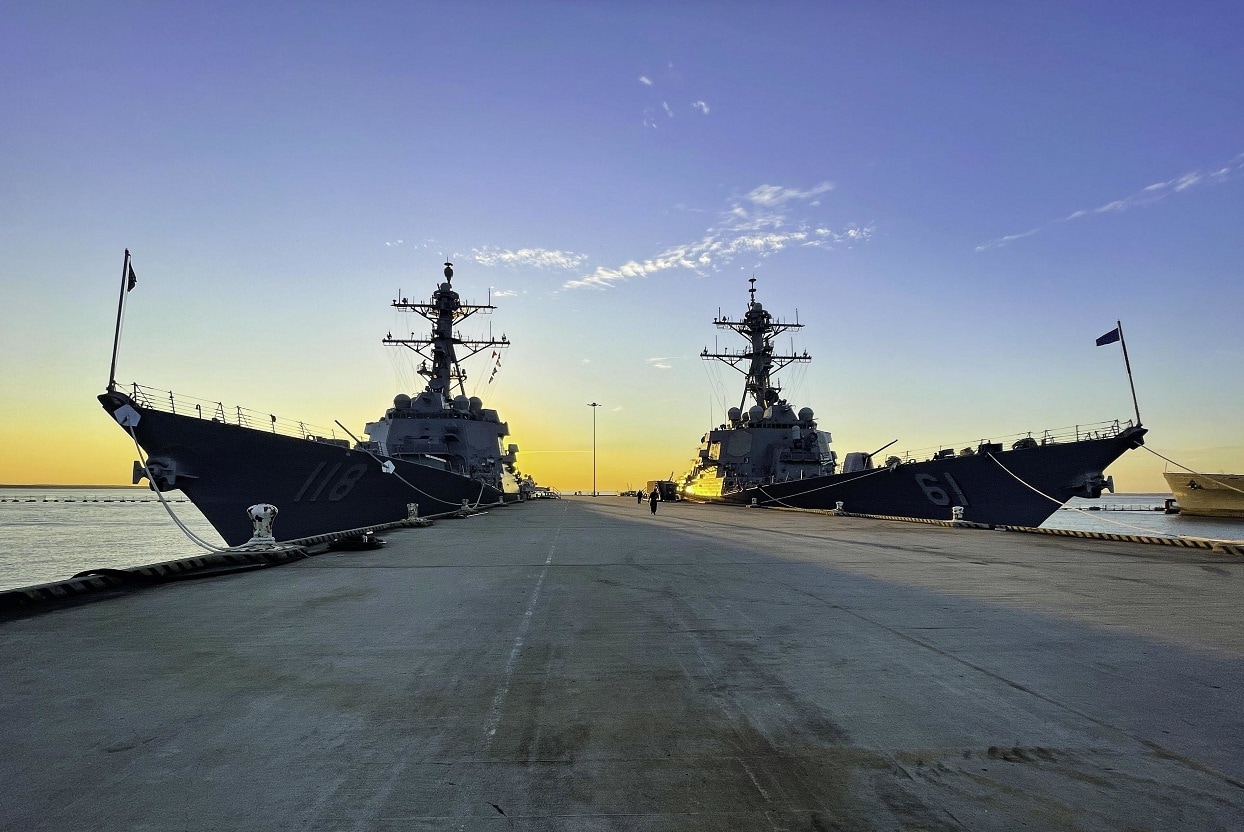 Since 2015, the Heritage Foundation has compiled an annual Index of Military Strength assessing each of the armed service’s ability to execute its warfighting mission. The assessments consider not only the strength of each service but also the threats each face and the geopolitical environment in which it must operate and, if necessary, fight. Throughout the eight years of assessment, the Navy has remained a consistently “marginal” performer.

This anemic rating reflects the Navy’s actions taken—or not taken—to shore up weaknesses and build the capacity to prevail against current and foreseeable challenges. But the statis also reflects the fact that, unlike the U.S., both China and Russia have accelerated their naval modernization programs over the last eight years. Moreover, China has dramatically expanded its fleet. These developments necessitate greater investment in our Navy’s capacity and capability.

Yet that hasn’t happened. Over this same time period, mostly flat or declining budgets forced the Navy’s leadership to focus on preserving what is most perishable: readiness. But readiness alone cannot fulfill combat mission requirements; only a balance of readiness, capability, and capacity can do that.

This year’s Index assesses the Navy as being “weak” in capacity and “marginal” in its readiness and capabilities—all unchanged since 2019. Considering the demand on crews and ships to perform national missions, it is hard to improve on “good enough” readiness without investing in more capacity to buy time to conduct the training and exercising required. This will certainly be needed in a smaller fleet where every error or combat loss equates to a strategic setback.

Moreover, overwork is symptomatic of a too-small fleet, and it leaves ship crews unable to dedicate the time necessary to learn how to fight their ships and aircraft.  For this reason, the Index has, for the last several years, made a point of reflecting on the lessons of the deadly USS Fitzgerald and USS McCain collisions of 2017. The Navy must never forget and never stop improving on those lessons learned in blood.

Simply husbanding forces in the homeland to train is no longer an option. World events and our foes dictate that the Navy must be present to deter our adversaries and reassure our allies. Failing this is the surest guarantee of war, and today’s Navy has neither the capacity nor the capability to enter a major conflict with the assurance of victory.

The Index uses the objectives of the National Defense Strategy to inform what would be needed of the Navy. For a starter, the 2016 Force Structure Assessment concluded that the Navy would need a fleet of 459 to meet national security requirements. This number was later whittled down to 355, not because of a more favorable security environment but strictly because of budgetary motivations—today’s fleet numbers only 294 warships. The most recent 30-year shipbuilding plan envisions a fleet ranging from 398 to 512 ships by 2051—a timetable that leaves the Navy vulnerable for far too long.

According to recent congressional testimony from Indo-Pacom Commanders Admirals Phil Davidson and John Aquilino, a dangerous ‘window’ has opened; China is likely to attempt to take Taiwan by force within the next six years. The specter of war is not 30 years distant.

The Biden team’s overriding emphasis on research and development ignores this realistic assessment. Fortunately, some in Congress have heeded the admirals’ warning and have called for the Navy to build a Battle Force 2025, not a battle force for some time in the late 2040s.

That may or may not happen, but for the first time since the early 1990s, Congress is on a course to significantly raise the defense budget over the President’s request.  Tellingly, lawmakers are adding resources for procurement—a move that at least acknowledges the clear and present threats of today.

That said, incremental increases in naval funding won’t get the job done. New, aggressive thinking and resourcing are required. The goals must be: to put a larger fleet put to sea soonest, to make sure future improvements in naval capabilities keep pace with China’s and Russia’s modernizations, and to ensure that readiness remains a co-equal priority.

Budgets must continue to grow for defense. And the Navy must ensure that it uses those funds to grow and operate the fleet to the greatest strategic effect. Failing this, future Index assessments on the Navy can be expected to trend more negatively.