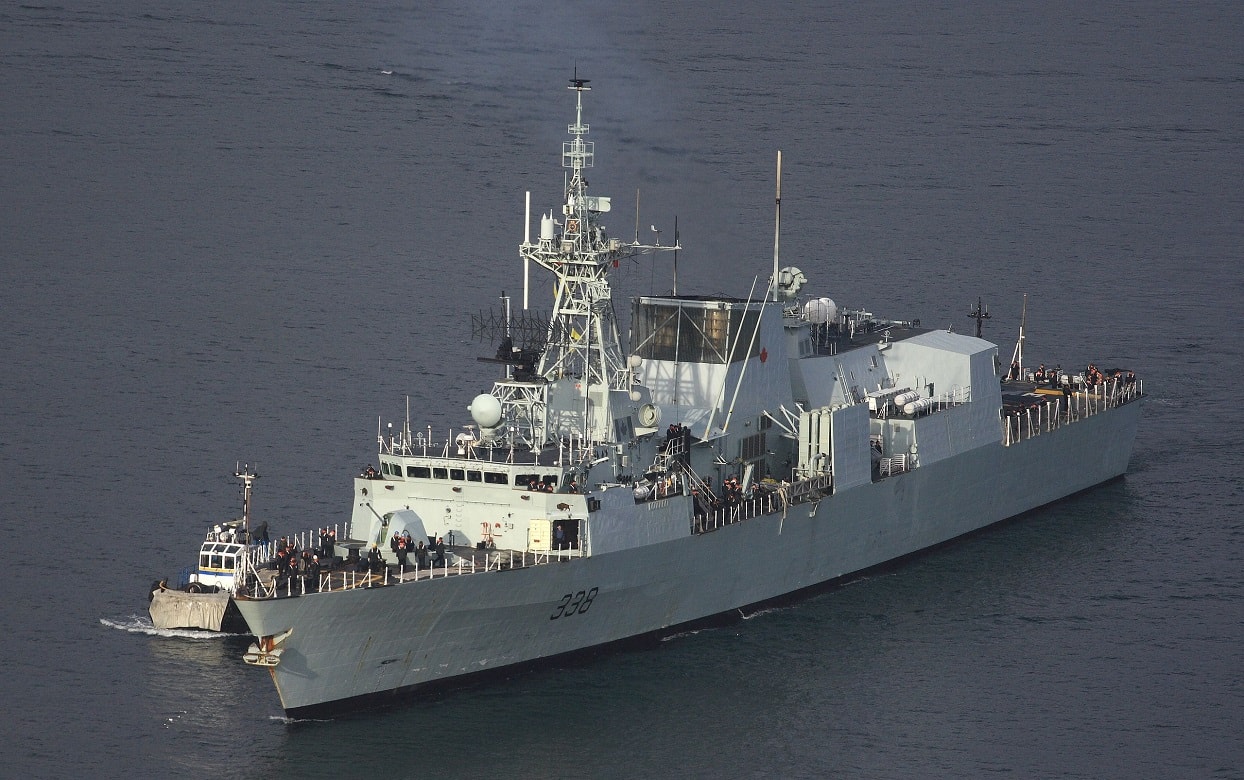 Add one more nation to the list of countries sending warships through the Taiwan Straits – and angering China.

On October 15th, the Canadian frigate HMCS Winnipeg sailed through the waters separating China from Taiwan. For nations that have sent warships through the Taiwan Straits – including the U.S., Britain, France and Australia – it’s a freedom of navigation (FONOPS) demonstration to show they can sail through what they see as international waters.

For Beijing, it’s a provocation in what China considers its maritime backyard, similar to how America and Canada might react to Chinese warships passing through the Straits of Florida or steaming up the St. Lawrence River.

A month later after the Winnipeg sailed through Taiwan Straits, and China is still annoyed, as evidenced by a new article in the Chinese state-sponsored news site Global Times.

“A Chinese military expert pointed out that such provocative acts encouraged by the U.S. went against the overall peaceful and stable situation of maritime security in Asia-Pacific region and only showed Canada’s stunt to seek for attention and Japan’s bluffing to deter China,” Global Times said.

Nor did China appreciate the Winnipeg’s consort: the Canadian frigate steamed alongside the American destroyer USS Dewey. Since September, the Winnipeg has been operating in Asian waters on a Far East patrol that included training alongside a British carrier strike group and Japanese forces. Canada has been dispatching forces to the Western Pacific since 2017.

“In terms of the fairly small Canadian armed forces, this is quite a commitment,” said Capt. Hugues Canuel, the Canadian defense attache in Japan. “This is reflective of the commitment of the Canadian government to contribute to peace and security in the region and reenforce the bilateral relationships between Canada and Japan.”

Not that China is particularly afraid of Canadian military might. “The Canadian warship, together with the limited military forces it has sent to the Far East region in these years, was of almost no actual use,” Zhang Junshe, a senior research fellow at the PLA Naval Research Academy told the Global Times.

That assessment is unkind but accurate.

Though Canada is a Pacific power in theory – with a coastline on both the Atlantic and Pacific Oceans – its contribution to any Asian conflict would be negligible at best. With a military of just 67,000 regulars, Canada’s armed forces are small, though well-trained and reasonably well-equipped. As a NATO member, Canadian defense policy has traditionally been focused more on defending Europe and North America. Intervention in a war over Taiwan that’s 6,000 miles from Vancouver would be far beyond the capacity of Canada to sustain.

However, the tensions in East Asia right now are as much symbolic as geopolitical. Canada is just one of a growing number of nations sailing warships through the Taiwan Straits – including monthly transits by U.S. vessels – all of which tacitly dispute China’s claim over Taiwan.

Canada and China have had stormy relations in recent years, including arresting each other’s citizens. But with Canada importing C$47 billion (US$37 billion) worth of Chinese goods in 2020, Ottawa and Beijing both have an incentive not to escalate the situation beyond the symbolic.