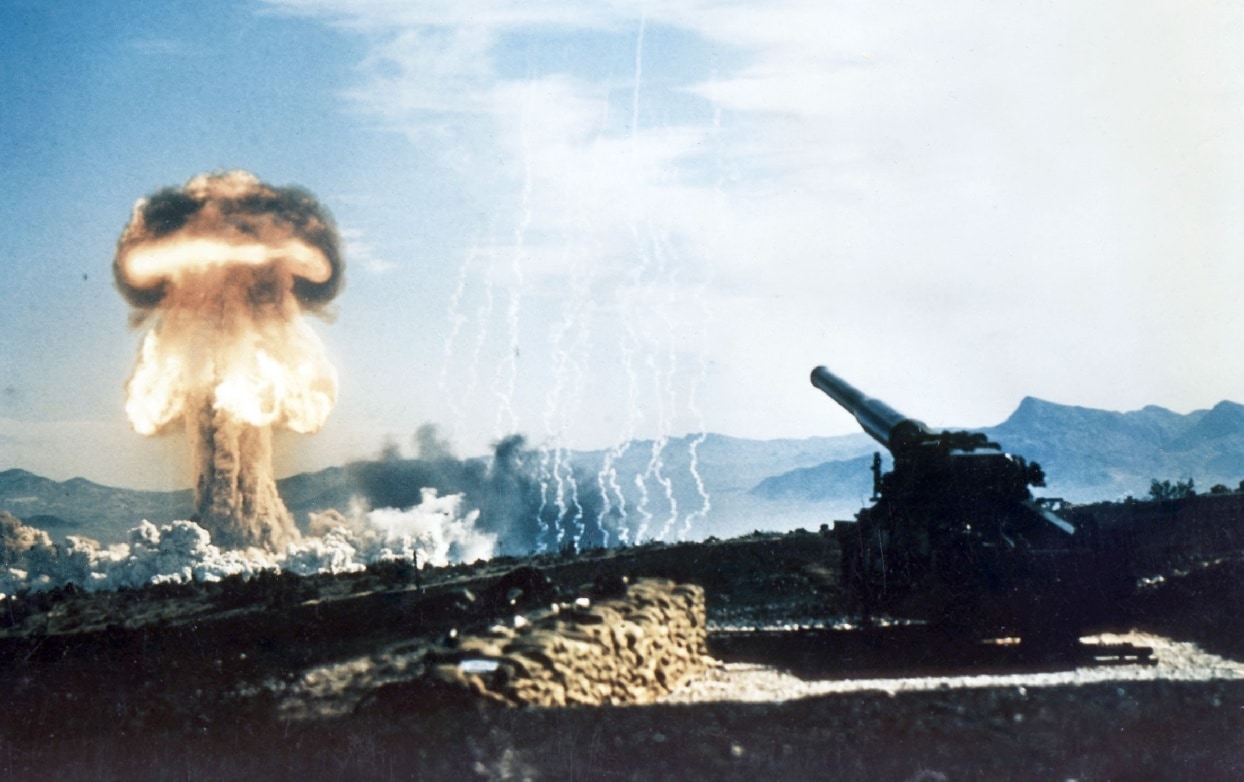 The Story of Atomic Annie: The US Army successfully test-fired an atomic cannon 68 years ago. It was the first and only time the US military ever fired a nuclear weapon from one of the big cannons, according to the Army.

During the Cold War, the US military developed many different ways to unleash nuclear destruction on an enemy, including a towed artillery piece built in the early 1950s that could fire a nuclear round packed with as much explosive power as the atomic bomb that devastated Hiroshima less than a decade earlier.

Weighing roughly 85 tons, the M65 cannon required two transporter trucks to move. In 1953, the US military moved two of these cannons by rail from Fort Sill, Oklahoma to a test site in Nevada, where crews used one to fire a nuclear shell in the first and last live-fire test of the cannon’s atomic capabilities.

On May 25, 1953, just a few months after an M65 cannon made a very public debut in the inaugural parade for President Dwight D. Eisenhower, Army crews used a cannon named “Able Annie,” one of only 20 M65 guns ever made, to fire a nuclear artillery shell.

The atomic cannon test, codenamed Grable, was the tenth in the Operation Upshot-Knothole nuclear weapons test series but the only one involving nuclear artillery. The cannon, which cost $800,000, performed as expected.

About 19 seconds after the shell was fired at 8:31 am, it exploded just under 8 miles away at a low-burst height of about 520 feet.

“The shell that could wipe out an enemy division exploded on target with a roaring violence equal to 15,000 tons of TNT,” a historical marker at Fort Sill reads.

With that shot, “Able Annie” became “Atomic Annie.” Though the name applies to one gun, it has been used to refer to M65 cannons in general.

The other M65 cannon that was present for the testing in Nevada but never fired was a backup cannon named “Sad Sack,” a weapon that has had a rather uneventful history compared to Atomic Annie.

After the testing wrapped up, Sad Sack was supposed to be sent to an operational unit for overseas deployment while Atomic Annie was to return to Fort Sill, but during the transport process, the two cannons were accidentally switched.

This error was not discovered for 10 years. Soldiers preparing the big cannon for an event marking the tenth anniversary of the Grable test at Fort Sill realized that the serial numbers did not match that of Atomic Annie, the whereabouts of which were unknown to most at the time.

When the Army tried to find “Atomic Annie,” which was briefly renamed “AWOL Annie” during the search, it was a bit of a challenge because the atomic artillery pieces had been deployed across Europe and Asia, and their specific locations were classified to the point that only a limited number of people actually knew exactly where they were.

The legendary atomic cannon was eventually found in Germany and retrieved. It returned to Fort Sill in 1964, and Sad Sack was given to the Smithsonian, according to the Army.

Due to the rapid pace of nuclear weapons development during the Cold War, the M65 cannons like “Atomic Annie” were obsolete within a decade of their initial fielding. The M65, which was fielded to deliver a devastating nuclear strike behind enemy lines, was withdrawn from service in 1963, just 10 years after the first and only shot.