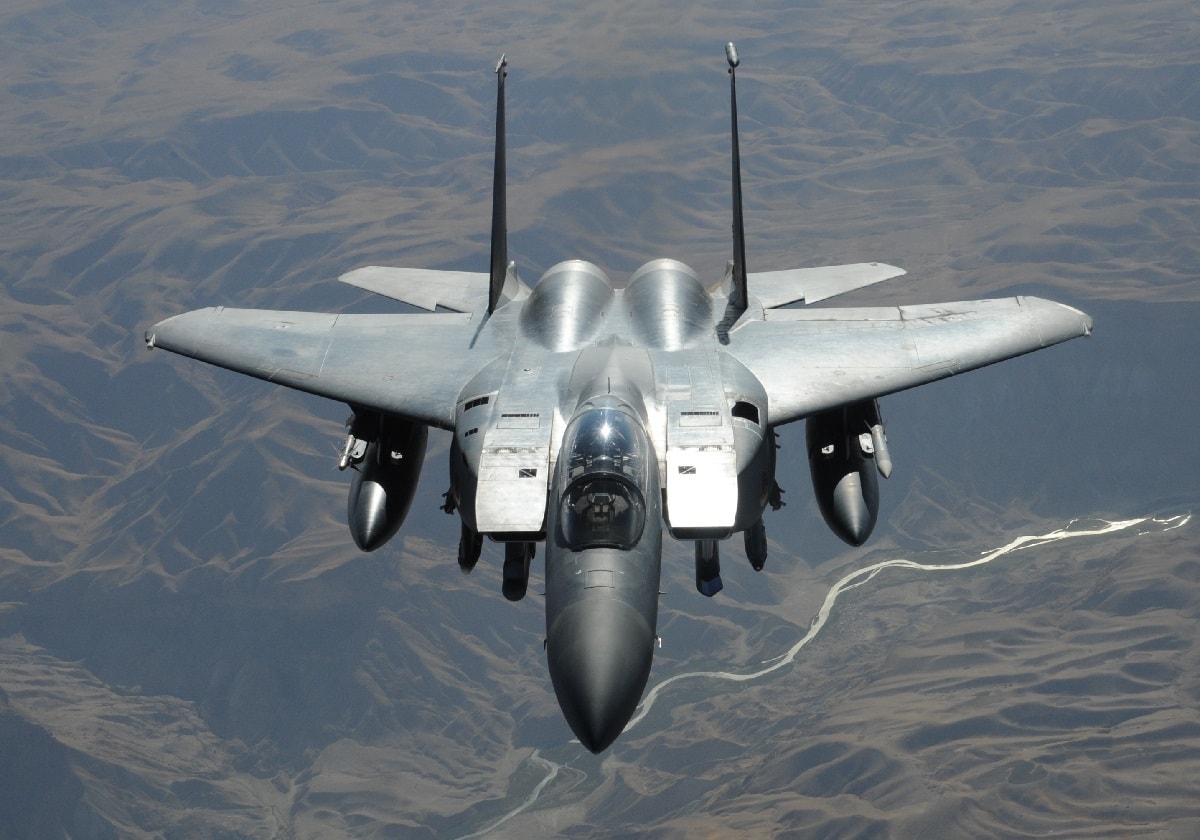 F-15E Fighter Bomb Truck- Could It Happen?: The US Air Force is looking at the possibility of using fighter jets armed with both air-to-air missiles and a heavy loadout of stand-off cruise missiles as heavy bomber aircraft able to self-escort in contested airspace and conduct devastating missile strikes.

A few months back week, the 85th Test and Evaluation Squadron at Eglin Air Force Base armed an F-15E Strike Eagle with five AGM-158 Joint Air-to-Surface Standoff Missiles (JASSMs), more than twice what the plane would normally carry.

The unusually heavy loadout was part of a munitions proof-of-concept known as Project Strike Rodeo, the 53rd Wing explained in a statement.

Project Strike Rodeo began as an idea raised during a Weapons and Tactics Conference in January, when tacticians were looking at options for a scenario in which fighters had to escort a bomber carrying stand-off munitions to a release point in highly contested airspace.

The 53rd Wing said some participants suggested that instead of having a group of fighters escort a single bomber, the fighters could be armed with a heavy loadout of JASSMs and used to conduct bomber missions.

Doing so would theoretically “reduce the size and complexity of the strike package” and “distribute mission risk across the force,” the wing explained.

The idea here is essentially that the fighters could self-escort as part of a smaller aircraft formation, and the mission could continue if an aircraft was lost in battle.

The most JASSMs any US Air Force fighter can currently carry is two, so after determining that the F-15E Strike Eagle would be used as a test platform for Project Strike Rodeo, a team at Eglin began looking into how to put more JASSMs on the aircraft to make this idea possible.

The Eglin-based team, which included Air Force personnel from the 53rd Wing, 96th Test Wing, and the Air Force Life Cycle Management Center, came up with a special loading tool and a new loading procedure to make it work, and then the F-15 System Program Office provided funding for a load test.

“No one told us to do this,” Lt. Col. Mike Benitez, the director of staff for the 53rd Wing, said. “We saw the need and the opportunity, so we executed.”

“This is a squadron innovation effort with operational and strategic implications,” he continued. “Project Strike Rodeo is all about creating options for combatant commanders, which ultimately can be used to create multiple dilemmas for the adversary.”

The concept, known as Agile Combat Employment (ACE), explores using the fighter as a kind of “bomb truck” to deliver munitions to a combat zone to reload itself or arm other aircraft.

Just two months after the load test at Eglin Air Force Base, the Air Force flew six F-15E Strike Eagles in the “bomb truck” configuration in an operational setting, with each carrying 12 JDAMs and four small diameter bombs.

An F-15E has not yet been flown with the Project Strike Rodeo loadout, but there are apparently plans for follow-on flight testing.