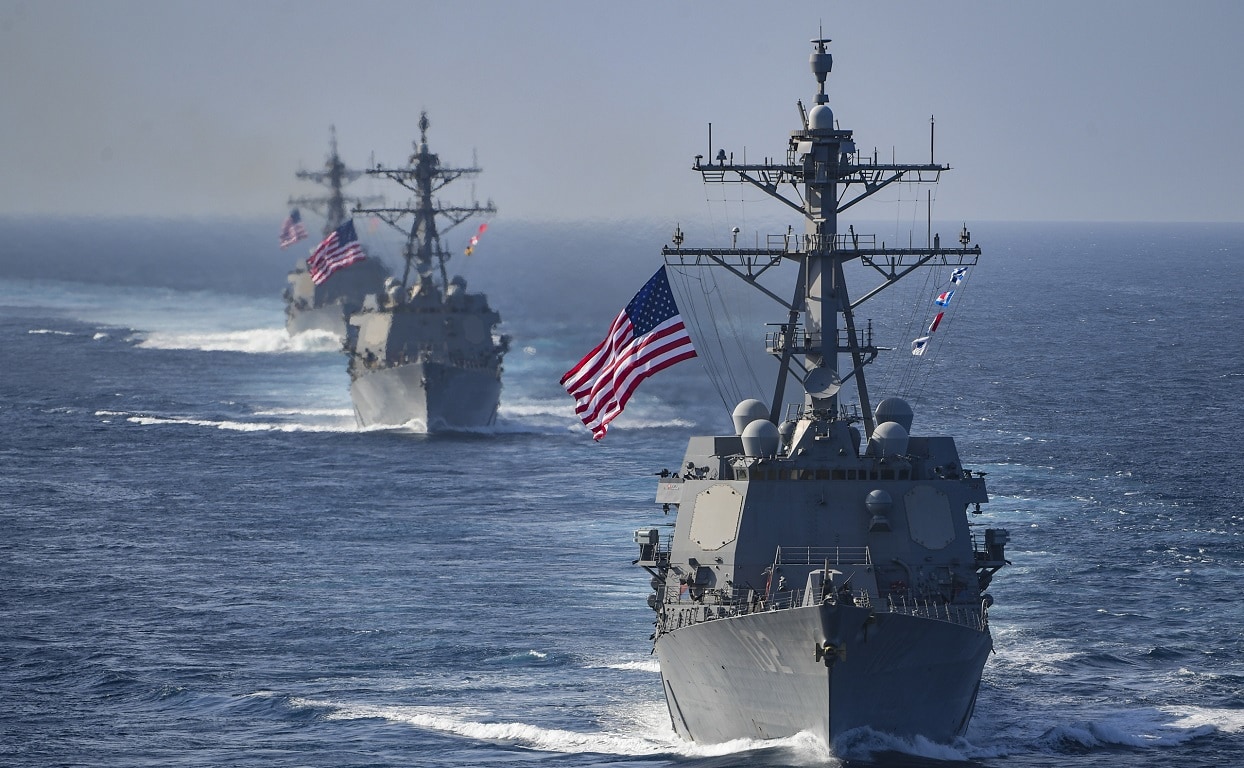 Oil prices have edged up to the highest levels since 2014 due to short supply on the global market. The situation has gotten so bad that claims that the U.S. Navy seized an oil tanker and transferred the cargo to another vessel were made.

Of course, such reports should be taken with a grain of salt as that is the “official” account from Iran‘s elite Revolutionary Guard, which claimed on Wednesday that its forces had thwarted an attempt on October 25 by the U.S. Navy to seize an oil tanker.

“With the timely and authoritative action of the Guards naval forces, the U.S. terrorist Navy’s operation to steal Iranian oil in the Sea of Oman failed,” Iran’s elite Guards said in a statement published by Iranian state media. “The tanker carrying Iran’s oil docked at the port of Bandar Abbas on October 25.”

The U.S. Department of Defense (DoD) has denied the claims.

Kirby added, “The only seizing that was done was by Iran.”

The U.S. Navy has maintained that it was Iranian forces that had seized a Vietnamese-flagged oil tanker last month, and that two of its destroyers were sent to monitor the situation. The U.S. Navy made no attempt to intervene or seize any cargo.

The Islamic Revolutionary Guard Corps (IRGC), which was founded after the Iranian Revolution in 1979 by order of Ayatollah Ruhollah Khomeini, released a highly edited video, Reuters reported. That video showed the IRGC’s naval forces taking control of the oil tanker. It showed Iranian forces directing ship-mounted guns at the U.S. warships, while an Iranian military helicopter could also be seen flying toward the tanker and dropping troops onto its deck.

The release of the video came on the eve of the anniversary of the takeover of the U.S. embassy in Tehran. On November 4, 1979, students seized the facility in the Iranian capital and held more than 50 U.S. citizens hostage for 444 days.

“The government clearly want to send a message to the Americans that they are the strongest force in the region and that they are not scared by the US presence in the Sea of Oman or in the Strait of Hormuz,” said Al Jazeera’s Dorsa Jabbari, who has extensively reported on Iran.

Tensions between Tehran and Washington remain high as talks to revive the 2015 Iran nuclear deal with the world powers have remained stalled. Under the agreement, Tehran agreed to curtail its uranium enrichment program in exchange for lifting of global sanctions. Iran’s top security official Ali Shamkhani also warned on Wednesday that the talks would fail unless U.S. President Joe Biden was able to guarantee that Washington would not renege on the nuclear agreement in the future.