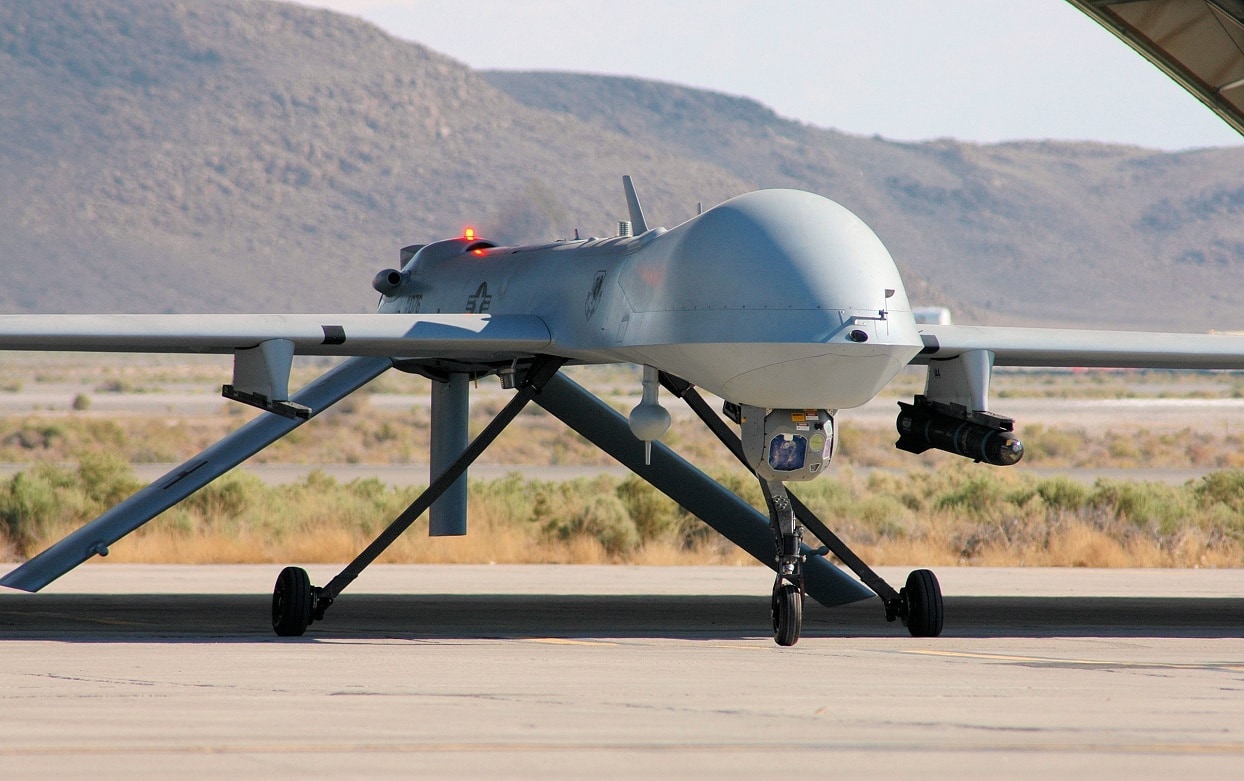 Germany may finally be getting armed drones.

After years of opposition from those who fear that combat drones will involve Germany in a permanent U.S-style drone war, the German armed forces – known as the Bundeswehr — may get the green light to deploy armed UAVs.

This would “allow the Bundeswehr to arm drones for its own protection,” according to the German newspaper Suddeutsche Zeitung (English translation here). “However, their use is to be linked to strict requirements.”

However, the new drone policy is still up in the air. The September 2021 elections – in which Chancellor Angela Merkel chose not to run – left no party with a majority lead, and talks are still underway to form a coalition government that will probably include the Green Party, the center-left Social Democratic Party (SDP) and the libertarian Free Democratic Party (FDP). While the Greens aren’t quite so pacifistic anymore – they are no longer calling for Germany to leave NATO – drone warfare may a more controversial matter.

Nonetheless, the German military is adamant that it needs drones. “The Bundeswehr has been demanding for years that it be allowed to use armed drones,” noted the Suddeutsche Zeitung. “It wants to better protect its field camps during foreign missions from attacks and secure convoys in dangerous terrain from the air. So far, the Bundeswehr has only used drones for reconnaissance purposes, for example in Mali.”

Lt. Gen. Erich Pfeffer, head of the Bundeswehr’s Operations Command, told German media that there is no substitute for armed drones. “If the politicians are not willing to provide armed drones, then we automatically increase the risk for the troops.”

Germany is already a drone power, operating several models of reconnaissance drones, including the German-made Aladin and KZO small UAVs, and the Israeli-made Heron 1 medium-sized drone. However, none of these are armed. In 2020, plans to acquire armed Israeli Heron TP drones fell through. While the initial acquisition of the drones was approved, “when it came to buying the associated weapons in a second step, the SPD backed down: it argued that – despite a debate that had been going on for years – there had still not been sufficient discussion in society about their use and the associated risks,” the Suddeutsche Zeitung said.

Yet the major parties in the new coalition may actually be edging closer to agreement over armed drones. “The Greens, especially in view of a looming government participation, had no longer rejected the use of drones outright,” said the Suddeutsche Zeitung. “In the SPD, a project group came to the recommendation in October that arming them could be ‘considered’ under strict guidelines. These include, for example, that operators be stationed in the area of operations and that the computer never issue the fire command autonomously. For years, the FDP has been in favor of the Bundeswehr getting combat drones.”

This suggests that as often happens after elections, leftist parties – once they find themselves in power – tend to adopt defense policies that aren’t so different than their conservative predecessors. Or as Britain’s Royal United Services Institute noted in a 2020 analysis, the Green Party might be willing to compromise with coalition partners over defense “and instead realize Green objectives through the party’s influence in government.”

Still, the Greens may not be unjustified in their caution. If there is one lesson of drone warfare since the U.S. first Predator UAVs with missile around 2000, it’s that once a nation gets armed drones, it tends to use them. The U.S., Russia, Britain, Israel, Azerbaijan, Turkey and other countries have flown armed drones on combat missions. Given tensions in Eastern Europe and the Balkans – as well as German overseas military operations such as in Afghanistan – it is not unreasonable to expect German drones will be used in combat.