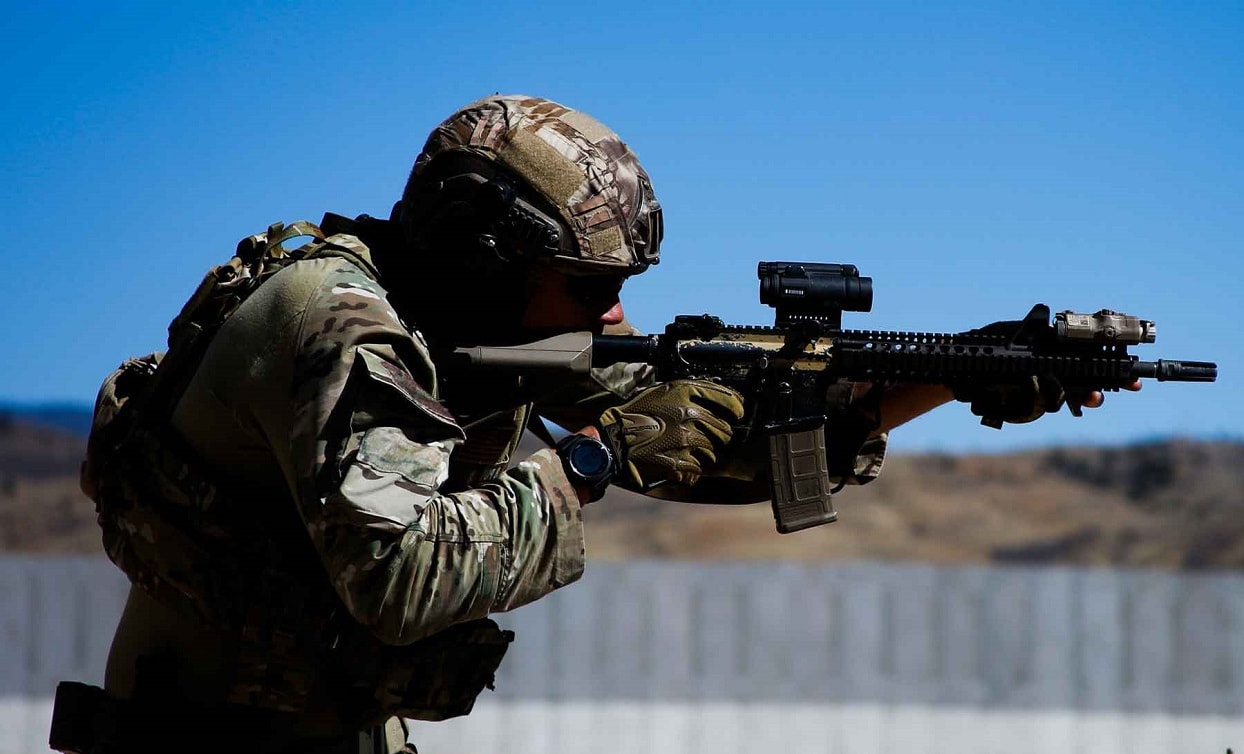 Traditionally, the main mission of Army Special Forces personnel is to work with and train indigenous forces. So not only do Green Berets become experts in land warfare and airborne operations, they must also have foreign language and cultural skills. Army Special Forces personnel also conduct direct actions that encompass raids, hostage rescue, reconnaissance, counter-terrorism, and counter-insurgency. This requires individual intelligence and integrity along with outstanding weapons proficiency, physical fitness, and tactical and technical skills.

Trainees Have to Be Selected First

The first step along the path to wearing the Green Beret is attending the two-week Special Operations Preparation Course. This is an indoctrination phase before a 24-day course called Special Forces Assessment and Selection (SFAS).

Trainees are selected for further training based on displaying the potential that they can accomplish the various Special Forces missions.

One can attempt selection after serving at least three years in the regular Army or come in directly from Basic Combat Training and Infantry Advanced Individual Training, plus completing airborne training at Fort Benning, Georgia.

Once assigned to Fort Bragg, North Carolina for selection, Special Forces trainees must dominate a physical fitness test that includes push-ups, sit-ups, and a two-mile run. Candidates should be able to run 6-minute miles at a base training rate of 25-30 miles a week. Common injuries are shin splints and tendinitis of the knee.

Candidates must excel at carrying ruck sacks with heavy loads and be able to run with a 60-pound ruck four miles in less than 35 minutes.

Advanced land navigation skills with a compass and map are also required. Be ready to do physical training with logs as well. Candidates need to be able to swim in a uniform and boots.

Also, it pays to be proficient in cross-fit types of physical conditioning with kettlebells and other calisthenics.

Trainees must also pass psychological tests and be constantly assessed on how well they perform as teams.

The Q-course Is a Long Road

If selected, trainees still have a long way to go. Candidates are assigned to the Special Forces Qualification Course, also known as the “Q course,” or simply the “Q.” Q course lasts around 67-weeks. This is a monster school that tests various skills and physical prowess. The trainees eventually get their military occupational specialty (MOS), whether it be weapons, communications, engineering, intelligence, or combat medicine.

The first phase of the Q course is 6-weeks, and this is basic training for the Special Forces operators. The candidates receive instruction on Special Forces history, tactics, land navigation, and irregular and unconventional warfare. The nine-week second phase is when trainees get indoctrinated in working with teams so they eventually can be ready to join their 12-man ODA – operational detachment alpha. Next is the 16-week MOS training phase. The fourth phase is where candidates put all their training together in a four-week war game called  Robin Sage against an opposing force.

Can Trainees Take the Pressure of Being Constantly Evaluated?

The main thing to take away from this training is that candidates are constantly being evaluated – even when they are in off-duty hours.

Do trainees have a bad attitude? Do they gossip about their team members or instructors? Do they complain? Can they show mental acuity when they are most fatigued? Do they react well to injuries and pain? Do they display intelligence at every juncture? Are they capable of leadership when times get tough? Do they have technical hands-on skills while understanding the bigger picture of unconventional warfare?

How well trainees pass these assessments determine whether they earn a Green Beret. Changes to training are constantly evolving depending on threats and scenarios required at the national command level. This means that more urban training may be required in the Q-course. Russian, Korean, Iranian, and Mandarin Chinese language and cultural skills could become more prominent. Many people forget that the traditional Special Forces mission is training indigenous fighters for unconventional warfare, so the Green Berets sometimes require brains over brawn. You may not have to be built like a professional football player if you have the smarts needed for irregular warfare.