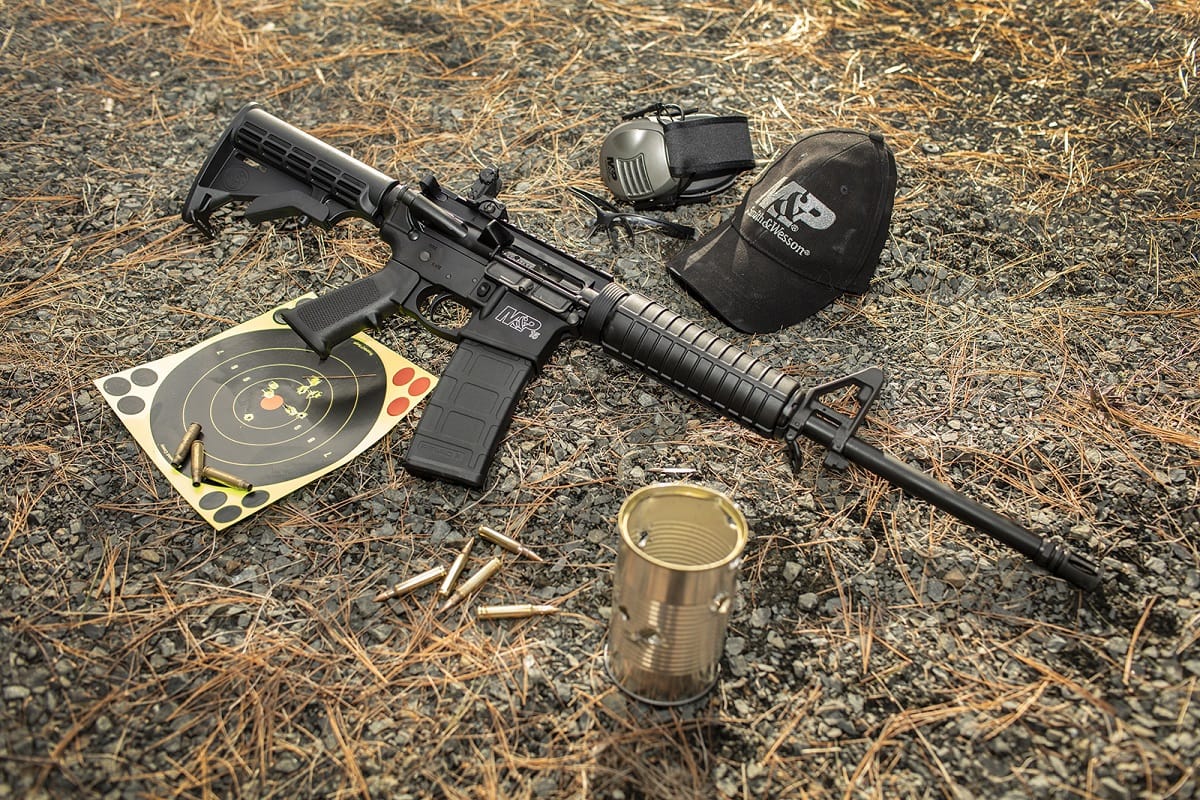 Former Democratic Congressman Beto O’Rourke has been an outspoken supporter of gun control, and during his failed White House run in 2019 he famously said, “Hell, yes, we’re going to take your AR-15, your AK-47.” Now O’Rourke, who also lost the 2018 race for the United States Senate to Ted Cruz, is looking to make a comeback – he’s running for governor of the Lone Star State.

It was during the September 12, 2019 Democratic debate, that O’Rourke uttered the signature phrase that appeared on t-shirts and other merchandise. Less than a week later on CNN’s Cuomo Prime Time, the Texas liberal politician told Chris Cuomo he would support calls for firearms confiscation.

Opponents of O’Rourke’s have noted he appears to be no fan of either the Second Amendment or Fourteenth Amendment, as he has endorsed a plethora of gun restrictions.

As the National Rifle Association’s Institute for Legislative Action (NRA-ILA) reported, “In September 2019, Beto demanded that banks and other financial services providers stop doing business with firms that manufacture commonly-owned semi-automatic firearms. Moreover, Beto demanded that these financial institutions prevent a prospective gun purchaser from using their own credit or money to purchase lawful products.”

This has included a call for banks and credit card companies to refuse to take part in the sale of so-called assault weapons, to stop processing transactions for gun sales online and at gun shows without background checks and to stop doing business with gun and ammunition manufacturers who produce or sell assault weapons.

O’Rourke’s calls for such measures come even as Texas lawmakers enacted S.B.18, which was aimed at preventing financial institutions from discriminating against companies that produce products that help Americans exercise their Second Amendment rights. None of his past calls for gun control helped his poll numbers.

That could explain why O’Rourke has seemed to have backed off on the calls for confiscation as he ramps up his run for governor, but the question is already being asked whether his view has changed or if he’s simply not addressing the issue in an effort to court voters?

Many of O’Rourke’s other policies have also been seen as out of step with Texans and during a recent campaign stop, one individual was heard shouting, “We don’t want you here. On behalf of the ranchers, the oil and gas, and farmers, I’m in your grill telling you don’t come back. You ain’t taking my guns, either. Nobody wants you here. No means no. Three times – you lost twice. No means no!”

Whether Texans actually “want” O’Rourke remains to be seen, he’s earned support from President Joe Biden. At a March 2, 2020 campaign rally in Dallas, when O’Rourke endorsed his former rival, Biden stated, “I want to make something clear. I’m going to guarantee you this is not the last you’ll see of this guy.”

Biden added, to O’Rourke, “You’re going to take care of the gun problem with me. You’re going to be the one who leads this effort. I’m counting on ya.”

To date, however, Biden’s gun control initiatives have largely stalled – including his efforts to place a gun control advocate as the head of the ATF. And given that Biden’s popularity has fallen in recent months, it could also be that the Texan politico believes it is best to distance himself from the White House. The question is whether Texans will actually want him anymore than Americans nationwide.