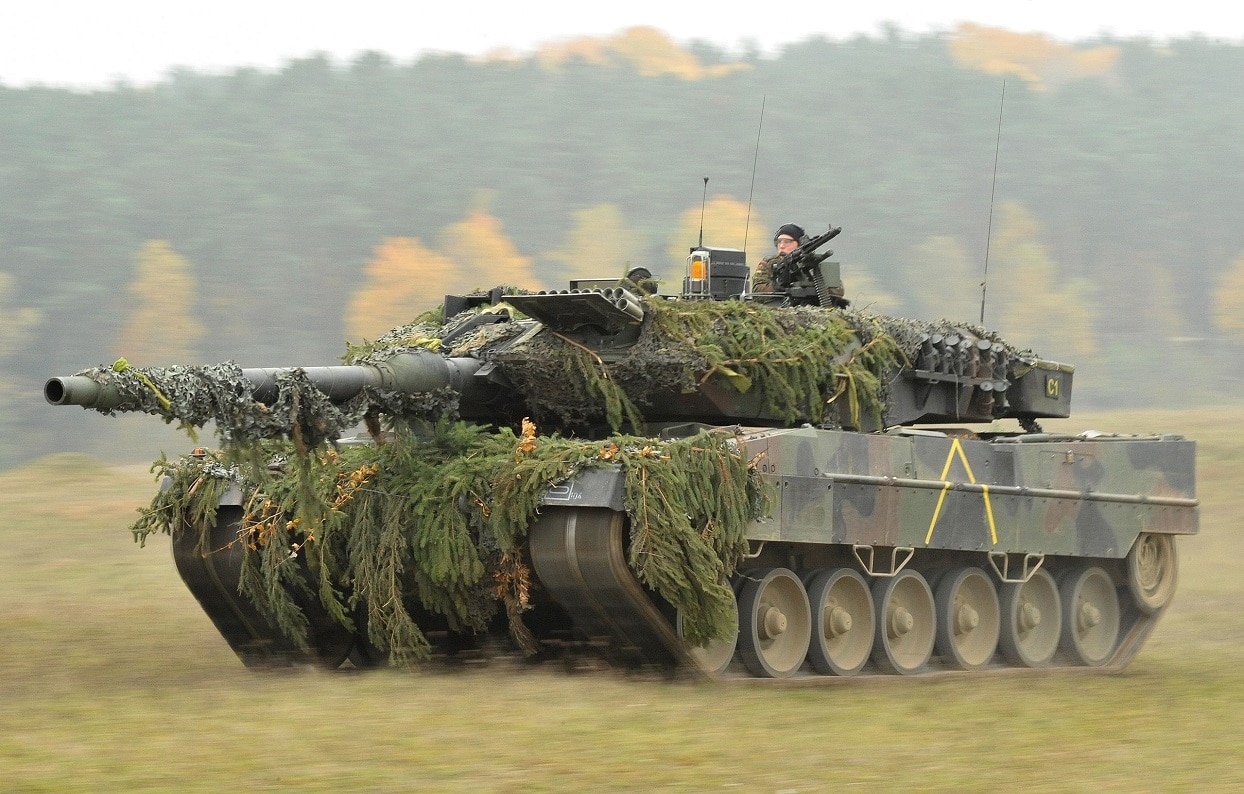 In November, U.S. troops and tanks got the opportunity to test their mettle during a training rotation to Greece.

During Olympic Cooperation 21, American M1 Abrams tanks competed against Greek Leopard A2s in a training event that sought to increase interoperability and prepare the participants for real-world operations.

An Exercise of Olympic Proportions

The exercise took place in Petrochori, Xanthi, and in addition to the tanks, it involved mechanized infantry, special operations troops, artillery, and attack helicopters.

Although the two militaries conducted some friendly competitions, they also worked together as one force, conducting offensive and defensive operations and live-fire training.

“This interaction signifies just how robust the United States and the Greek ties are. Our shared democratic values are the bedrock of the international relationship that we have within the militaries; the U.S. and Hellenic cooperation are at its most constructive level in years, highlighted by this bilateral military-to-military exercise with the Hellenic Army,” Brigadier General Jed J. Schaertl, the U.S. Army Europe and Africa Deputy Commanding General for Mobilization and Reserve Affairs, said in a press release.

The training events were truly combined with participation from all arms and branches of the Hellenic Armed Forces.

“I cannot tell you the last time I’ve seen so many elements in play,” Gen. Schaertl added. “The armor, mechanized infantry, engineers, medical aviation, field artillery and communication systems made this to be just a tremendous exercise and demonstration, and I know it’s just a small sample of what our nations have nailed the training on over the last few weeks.”

A key aim of the exercise was to enable and refine joint operations at the tactical level. By focusing on small elements, Olympic Cooperation 21sought to build trust and interoperability on the troops that will actually do the fighting in the event of a conflict.

“Olympic Cooperation has allowed us all to learn more about tactics, techniques and procedures that each of us uses, how we can integrate, and the most important is that we developed at the soldier level an understanding of just how capable each of our forces is,” Colonel Brian McCarthy, the commanding officer of the 1st Armored Brigade Combat Team, 1st Infantry Division, said.

Steadfast Allies in a Strategic Region

The training event came in the wake of the Mutual Defense Cooperation Agreement (MDCA) extension between the two countries in October.

For the first time ever, the MDCA was renewed for five years instead of the one-year renewal cadence that was thus far the norm. This five-year commitment by the two countries is a sign of the historically good diplomatic and military relationships between Washington and Athens. Currently, the U.S. has more than $10 billion in active government-to-government sales projects with Athens under the Foreign Military Sales (FMS) system.

U.S. military officials stressed that the U.S. is invested in Greece and seeks to expand its presence both In terms of infrastructural investments and interoperability training events. The ultimate goal is to create a “muscle memory” that can be counted upon and used in the event of a real-world conflict.

In this article:Greece, Leopard A2, M1 Abrams, NATO, Russia, Tanks, US Military