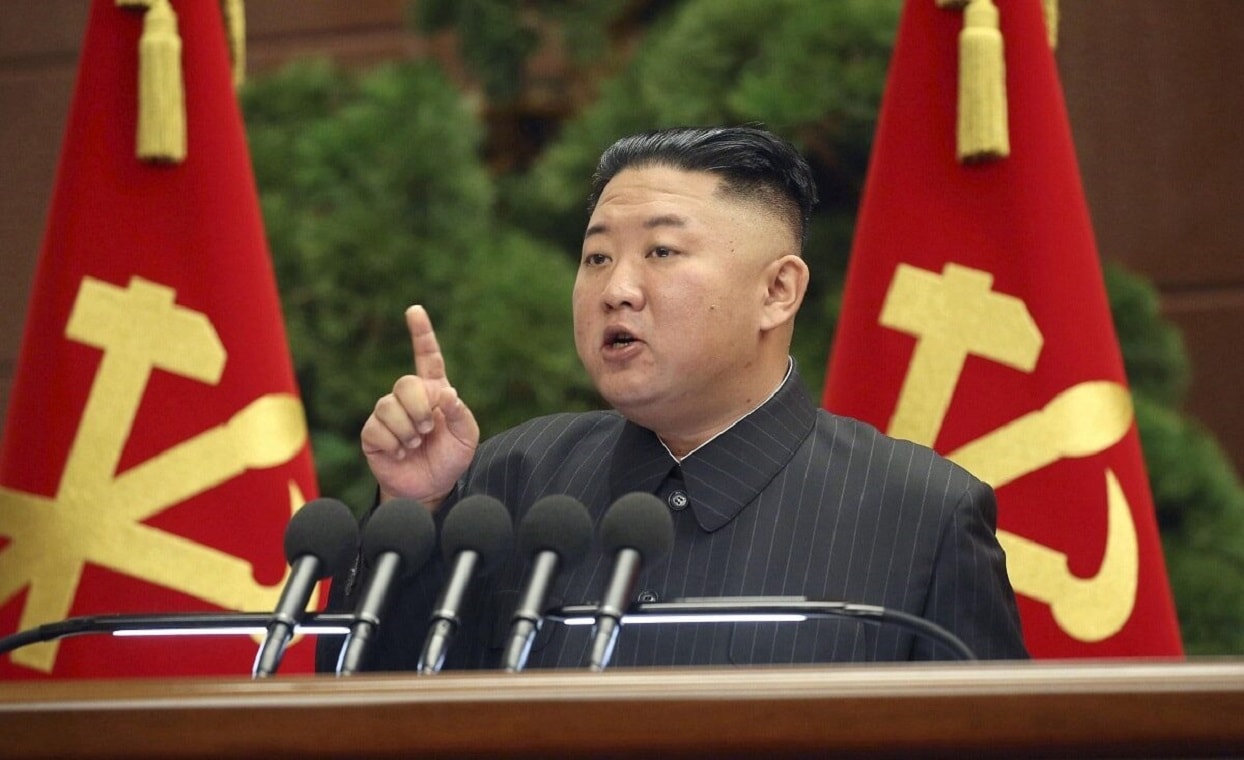 Kim Jong-un, Chairman, General Secretary, and Supreme Leader of North Korea, no longer looks the part of “Fatty Kim,” as he once was insulted on Chinese social media. Kim has dropped over 40 pounds estimates Korean intelligence.

Moreover, reported the Singapore Straits Times: “The agency said rumors the North Korean leader had been using a body double were groundless, based on their analysis that also used artificial intelligence.” That would be a tough job for the doppelganger, being expected to gain and lose weight on command.

However, the lack thereof creates a possible solution to what informally is known as the “North Korea problem.” Three Kims have ruled over the last 73 years. The Democratic People’s Republic of Korea started one very big war, launched multiple brushfires and sorties, committed terrorism and special operations, and generally drove normal policymakers to distraction. And that was before Pyongyang developed nuclear weapons. With predictions that the North could possess 200 weapons later this decade, the current Kim could become much more disruptive. Even the Chinese, who benefit geopolitically from the DPRK’s role as a buffer state, would prefer to have a more restrained and disciplined neighbor.

Although President Donald Trump helped open the North to negotiations, that door closed after the collapse of the Hanoi summit. Now South Korean President Moon Jae-in is desperately attempting to restart a diplomatic dialogue before he leaves office early next year. That means dragging a reluctant Washington along.

A more creative solution is called for. It is time to find a double for Kim.

In early 2020 when Kim disappeared from view and was rumored to be ill or dead, there was speculation that a substitute stood in for him. The New York Post wrote: “The photos have instead raised suspicion that a lookalike could have been there in his place—with web sleuths noting discrepancies in facial, hairline and dental features when compared with previous appearances.” That ended up being fake news. However, the possibility of finding a Kim fils doppelganger raises intriguing possibilities.

There is at least one Kim look-a-like, a former Chinese security guard named Jia Yongtang. A decade ago someone remarked on their shared appearance. Jia changed his haircut and put on 60 pounds, and was able to make a living as a faux Kim. Indeed, he once worried that the U.S. authorities would “think I’m really Kim Jong-un and will come here to kill me.” Thankfully, his worst fears were not fulfilled.

For the most part, though, his talents, if standing around looking like Kim Jong-un deserves to be described as such, were wasted. Given the difficulty in getting the real back Kim into a diplomatic dialogue, a more productive role for Jia beckons. Standing in for Kim unbidden and redirect the DPRK’s future.

Lest the scenario seems far-fetched, one need merely consult Hollywood. The 1993 movie “Dave” featured a liberal double hired to act as president after the real chief executive is felled by a stroke. Even more relevant may be the 1998 movie The Man in the Iron Mask, in which a hardy band replaces the king with his imprisoned twin.

Assuming Jia is tired of judging second-rate beauty pageants and attending student events, he could be recruited to star in a much greater production. To start he probably would have to lose some weight and learn Korean, as well as pick up Kim’s mannerisms.

The chief challenge then would be to prepare the exchange of Kims. The Supreme Leader has an oceanfront palace near Wonsan, on North Korea’s east coast. Breaching the luxury compound wouldn’t be easy, though Kim’s security team probably wouldn’t be prepared for a silent submarine arrival. In better times President Joe Biden could offer a White House summit, but even that might not be enough today to get Kim to cross national borders. Perhaps Moon could indicate that he’s won a major concession from Washington—some significant sanctions relief that Kim has long demanded—and suggest a summit at Panmunjom, with a little private meeting arranged on the grounds. With just enough time to make the swap.

Of course, such a switch would merely be the start of the toughest work. After returning to Pyongyang in triumph, U.S. “concession” in hand, the new Kim would have to inaugurate a new regime. He should start by retiring, reassigning, disappearing, and otherwise disposing of the regime’s national security heavies, especially geriatric bemedaled marshals who see nuclear weapons as personal vindication for decades of loyal service. Vital would be securing his hold over any forces bearing arms, which could defenestrate him.

Also necessary would be dealing with those who know him too well and might expose him. He could follow his father’s example. Kim Jong-il essentially exiled a younger half-brother in Europe as the North’s ambassador to several nations. Kim Pyong-il outlived the elder Kim but was not a factor in the power transition after the latter’s death. The toughest challenge for the new Kim would be dealing with Kim Jong-un’s sister, Kim Yo-jong. Given her high international profile, she could be anointed as a special plenipotentiary and sent off to sell the new and improved North Korea to Asia, Europe, and Africa. The first foreign trip should last a couple of months, at least, enough time for him to consolidate his position. 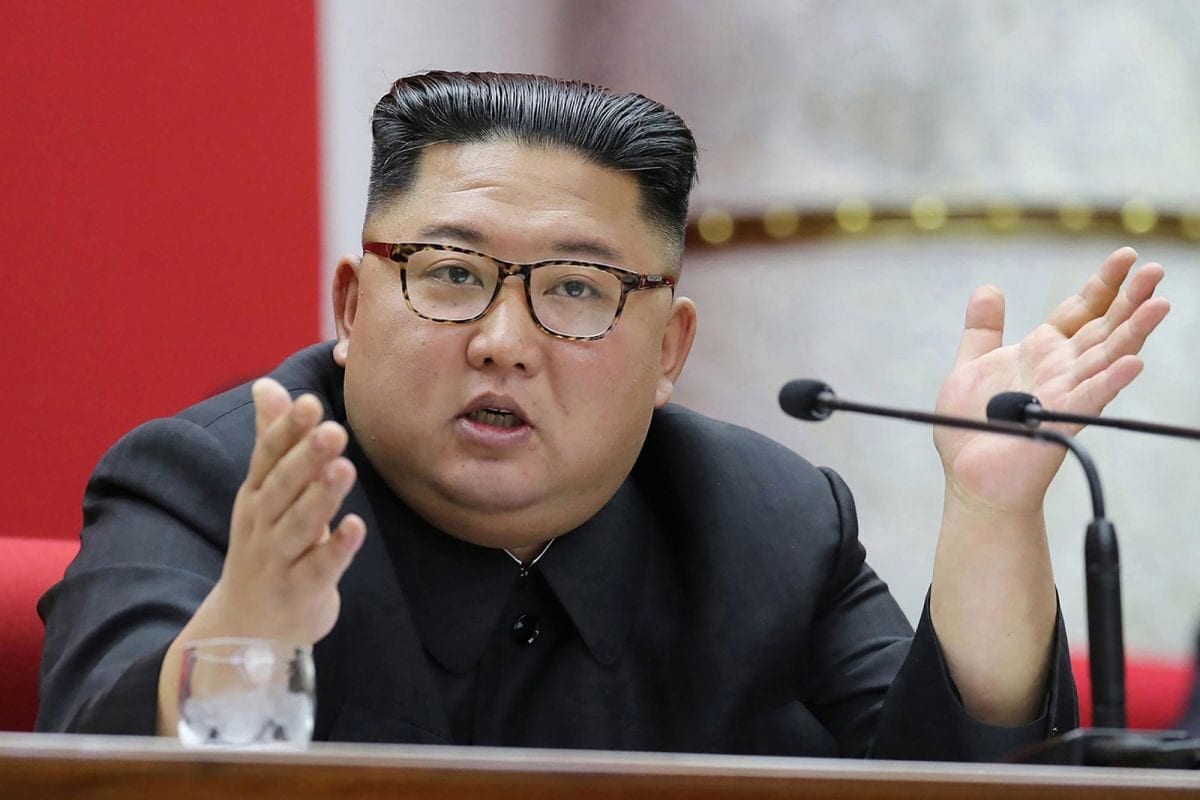 The new Kim would also have to worry about his presumed older brother, Kim Jong-chul. The latter appears to have little interest in politics, but that would not prevent him from being a dangerous frontman for a hostile faction. Given Kim Jong-chul’s attraction to rock music, a convenient solution might be to give him a briefcase full of concert tickets and make him a roving cultural ambassador overseas. Presumably, the new Kim could similarly deal with other family members.

As for policies, the new Kim should use a U.S. offer of sanctions relief and end of military exercises on the peninsula to justify a freeze on nuclear and missile activity. Washington could lift the ban on travel to and from the DPRK, allowing him to reciprocate by making visas easily available to Americans and South Koreans, as well as other Asian states (though Japan might be a bit of a stretch, given historic animosities). Citing the fact that China and Russia are closer and thus more dangerous, the new Kim might keep their access to the North more restricted.

He also should move cautiously but steadily to liberalize the North at home. He would have to move carefully, wary of resistance by hardliners, especially in the security forces, which might attempt to oust him. Changes—such as relaxing restrictions on contact with the outside world, especially South Korea—could be presented with traditional justifications, such as fidelity to Juche. After all, the rest of the world deserves the opportunity to learn about the North’s superior system.

The new Kim should return economic reform to the political agenda. If U.S. and United Nations sanctions came off, he could ease restrictions on foreign investment and trade. Equally important would be a gradual political loosening: rather like in some of today’s Gulf monarchies, people might be freed to criticize government functionaries and officials, even if the royals, most importantly himself, remained off-limits in the short-term. Accountability for apparatchiks could be introduced by encouraging independent journalists and lawyers, who would be allowed to challenge regime failures. Labor camps would be downsized though perhaps not entirely emptied—diehards defending North Korea’s Ancien Regime would have to go somewhere! He could end the war on religion, inviting foreigners of faith to come and help rebuild the country.

The most important challenge would be guiding the new Kim once the reform process began. There is no blueprint for transforming a communist monarchy into a liberal democracy. Mikhail Gorbachev discovered the mess that can result once coercion and ideology are removed from a system with little else to support it. Moreover, after Jia Yongtang was accepted as North Korea’s famed Sun King, the onetime Chinese rent-a-cop might grow to like his position. Actually, Washington shouldn’t worry if he decided that he wanted to preserve the Supreme Leader gig so long as he abandoned the North’s nukes, ending that threat to America, and pulled back Pyongyang’s conventional forces, so South Koreans no longer lived under the gun. 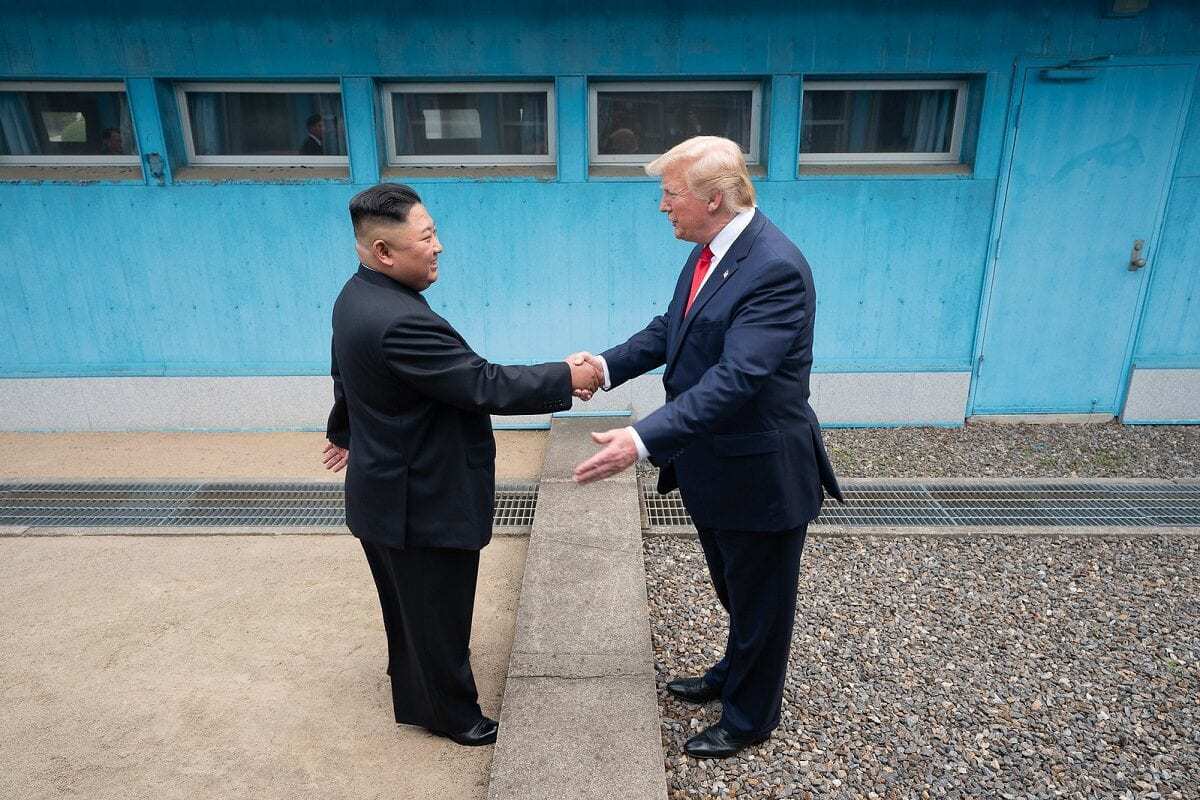 However, the Republic of Korea could guarantee the new Kim a large payoff if he engineered peaceful reunification. That would be particularly important since China likely would push in the opposite direction, attempting to preserve a compliant buffer state. He could enjoy some honorific position in the new unity government plus a generous nest egg for when he decided to formally “retire.” Then he could play global statesman and celebrity, the communist dictator who saw the light, guided his people into the 21st century, and delivered peace and stability to Northeast Asia, heretofore one of the most volatile regions on earth. With a bit of lobbying from allied states, a Nobel Peace Prize might even be in his future.

Of course, there would be the little matter of the “old” Kim. A regimen of drugs, intensive reprogramming, and sophisticated cosmetic surgery should establish a new identity for him. He could be discretely placed in a diaspora community. The top three diaspora locations, the U.S., China, and Japan, might be unduly risky given their concentrations of ethnic Koreans, who in turn are too closely connected with both North and South.

A better option might be Uzbekistan, which has a modest number of ethnic Koreans, or Canada, which has slightly more. In neither case would it be easy for him to make his way back to the DPRK and even if he did, he would be greeted as a slightly addled and confused royal wannabe claiming to be of the sacred Baekdu bloodline. Indeed, those around him might urge him to take up life as a Kim impersonator, especially with his very convincing accent. It would be a fitting end of his career!

Operation Doppelganger wouldn’t be easy to pull off. But consider the alternatives. A major war with the possibility of North Korean nuclear attacks throughout the Asia-Pacific and even on the American homeland. A really bad idea. Continued sanctions, without much chance of success: the DPRK has withstood nearly two years of almost total economic isolation. And diplomacy, seemingly dependent on which side of the bed the real Kim arose that morning.

Today North Korea appears headed toward becoming a middling nuclear power, comparable to Great Britain and India. Which means Kim and his successors will be able to turn any country on earth into a long-threatened “lake of fire.” Does anyone have a better idea?

A 1945 Contributing Editor, Doug Bandow is a Senior Fellow at the Cato Institute. A former Special Assistant to President Ronald Reagan, he is author of several books, including Tripwire: Korea and U.S. Foreign Policy in a Changed World and co-author of The Korean Conundrum: America’s Troubled Relations with North and South Korea.