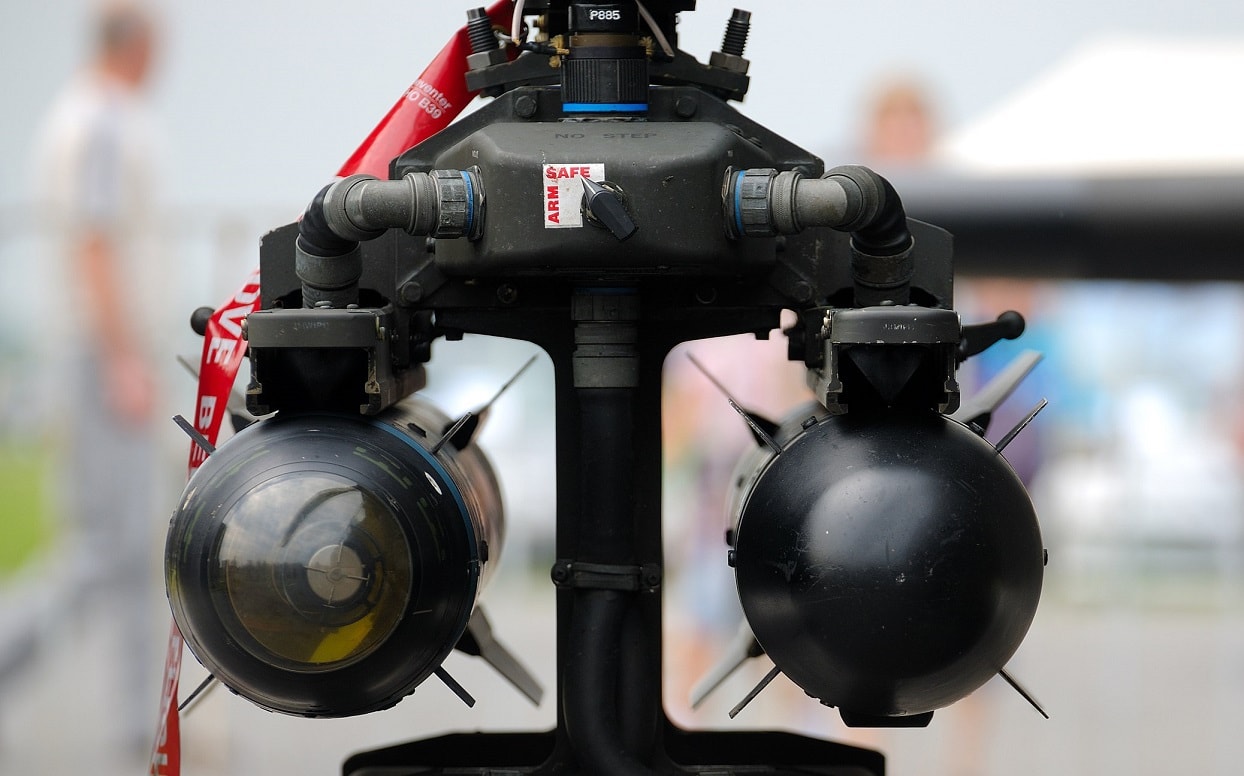 The Hellfire Missile, a 2 Minute Explainer: The AGM-114 Hellfire missile has been a staple in American media for what seems like forever. You can find them in movies, television shows, and especially video games, and there’s a reason why.

The AGM-114 Hellfire missile is an air-to-ground guided missile designed with the philosophy of “accuracy by blast radius.” It has been described as fire-and-forget due to its ability to track targets with laser guidance from the launcher or from the ground. These missiles can even follow targets when they run for cover.

While known mostly for use in tandem with Reaper and Predator UCAVs (unmanned combat aerial vehicle), it’s actually used most frequently attached to the iconic AH-64 Apache helicopter gunship. The Hellfire missile has a couple of different configurations for specific mission types too.

Why They Were Created

The initial reason the United States began developing the AGM-114 Hellfire Missile in 1974 was to destroy tanks from helicopters. As a result, the first type was a high explosive anti-tank missile. It was and is extremely effective against all types of armored ground vehicles. There are several sub-variants in this category. The most well-known type of Hellfire is anti-personnel. The situations surrounding the Hellfire has led to intense political debate of drone strikes used in the Middle East. Much of the opposition cites collateral damage and civilian casualties as reasons to disco the use of drone strikes in the Middle East. The murky nature of drones was brought further into the light when the US justice secretary in 2013 confirmed that at least 4 American citizens had been killed by U.S. drone strikes since 2009.

Despite this, Hellfire missiles continue to be used in military operations. Their effectiveness can’t be argued with either, since Hellfire AGMs are used by almost every country in the world that has a functional military. Guided missiles have become a leading tactic in modern warfare, especially in Afghanistan. These missiles have made the United States even more dominant since insurgents have no chance of competing with American air superiority.

The time of the AGM-114 Hellfire missile may be coming to an end though. The United States Army is looking to eventually replace the Hellfire with JAGMs (Joint Air to Ground Missile). The new JAGMs aren’t really a completely new system, just an upgraded version of air-to-ground missiles already in the military’s arsenal. The new missiles have one big advantage: range. They would allow pilots to fire missiles from farther away to maintain safety on fire missions. For now though, the AGM-114 Hellfire missile is extremely reliable and effective and has become an icon with a name recognized by almost any American.