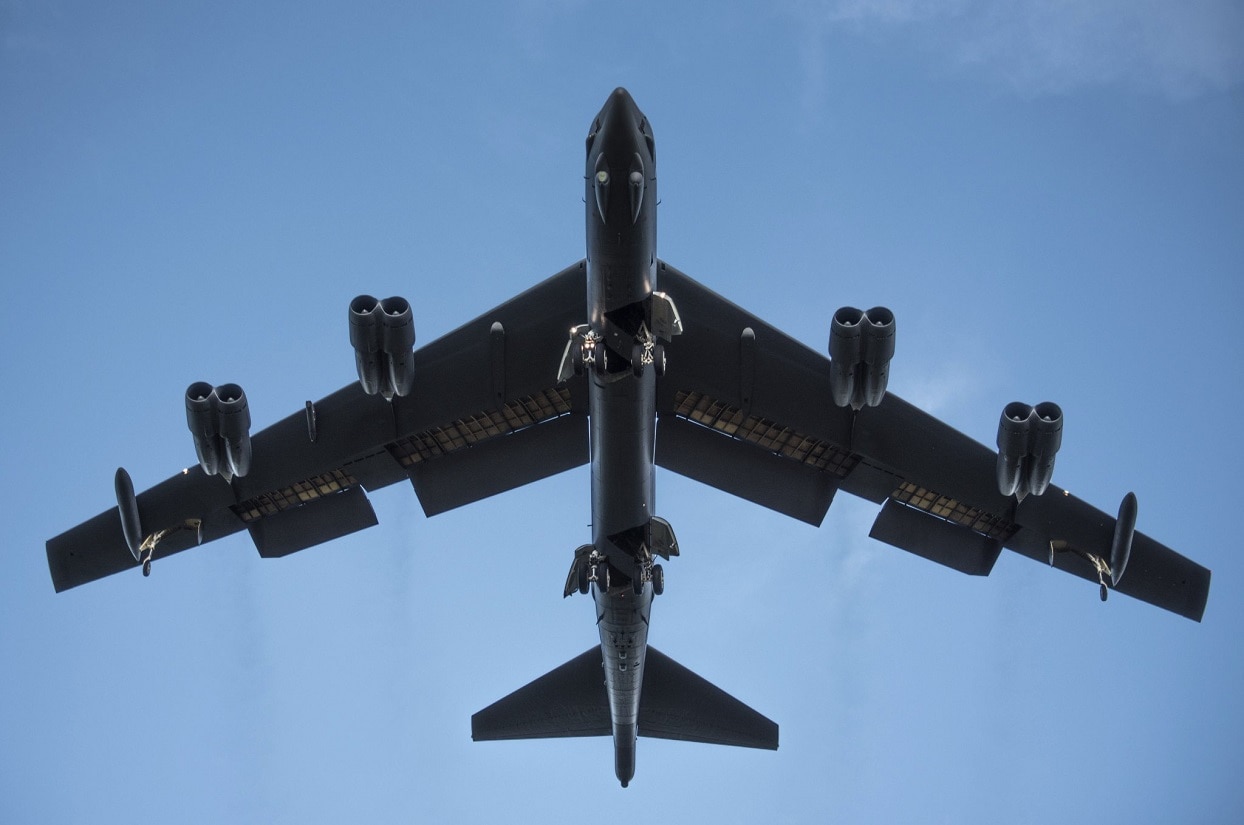 The U.S. Strategic Command flexed its muscle by deploying its B-52 Stratofortress and B-1 Lancer strategic, nuclear-capable bombers over Europe as tensions with Russia remain high.

The bombers conducted a series of targeting missions, sending a message to Moscow that U.S. commitment to Europe and the security of European allies is firm.

In addition to the bombers, NATO fighter jets from Denmark, Poland, Slovakia, Hungary, Turkey, and the United Kingdom participated in the mission, escorting the bombers on their long-range mission and executing simulated offensive strikes defensive maneuvers to simulate a real-world scenario. American fighter jets, F-15D and F-15E Strike Eagles, and air refueling aircraft, KC-135 Stratotankers, flying from the U.K. also supported the missions.

“Our allies and partners bring the best out of our Airmen. Having the ability to move critical assets across the globe and throughout the continent at a moment’s notice gives our coalition force the ability to respond and counter threats anywhere, anytime,” General Jeff Harrigian, the commanding officer of U.S. Air Forces in Europe – Air Forces Africa, said in a press release.

The targeting mission was also an opportunity to rehearse a potential real-world mission.

Such drills are great for troops because they prepare them for the real thing when the mission’s stress and gravity might trigger mistakes. In addition, it was a great opportunity to hash out any operational misunderstandings and frictions with NATO allies and partners. Interoperability is key for a multinational, multilingual alliance to be effective.

“Our ability to strike air, land, and sea targets with a coalition fighting force goes unmatched. Combining unique bomber strike packages with ally and partner capabilities offered within the European theater builds brings a force, which can counter any threat to our collective safety and security, Harrigian added.

The flights were part of the Bomber Task Force rotations, which have been going on since 2018 over Europe and Africa. The Air Force launched the strategic bomber rotations in an attempt to demonstrate its capability to rapidly deploy aircraft of all types and roles in unfamiliar environments and work with NATO allies and partners on a very short notice.

All three of the Air Force’s strategic bombers—the B-52, B-1, and B-2 Spirit—have participated in the Bomber Task Force rotations.

Introduced in 1986, the B-1 has a similar range to the B-52 but can carry more weapons with a payload capability of 75,000 pounds, including nuclear munitions.

Introduced in 1993, the B-2 has an effective range of 6,000 miles (11,000 miles with just a single air-to-air refueling) and can carry 45,000 pounds of conventional and nuclear weapons; despite its shorter range and smaller payload compared to the B-52 and B-1, the B-2 is extremely useful as it is a stealth aircraft.