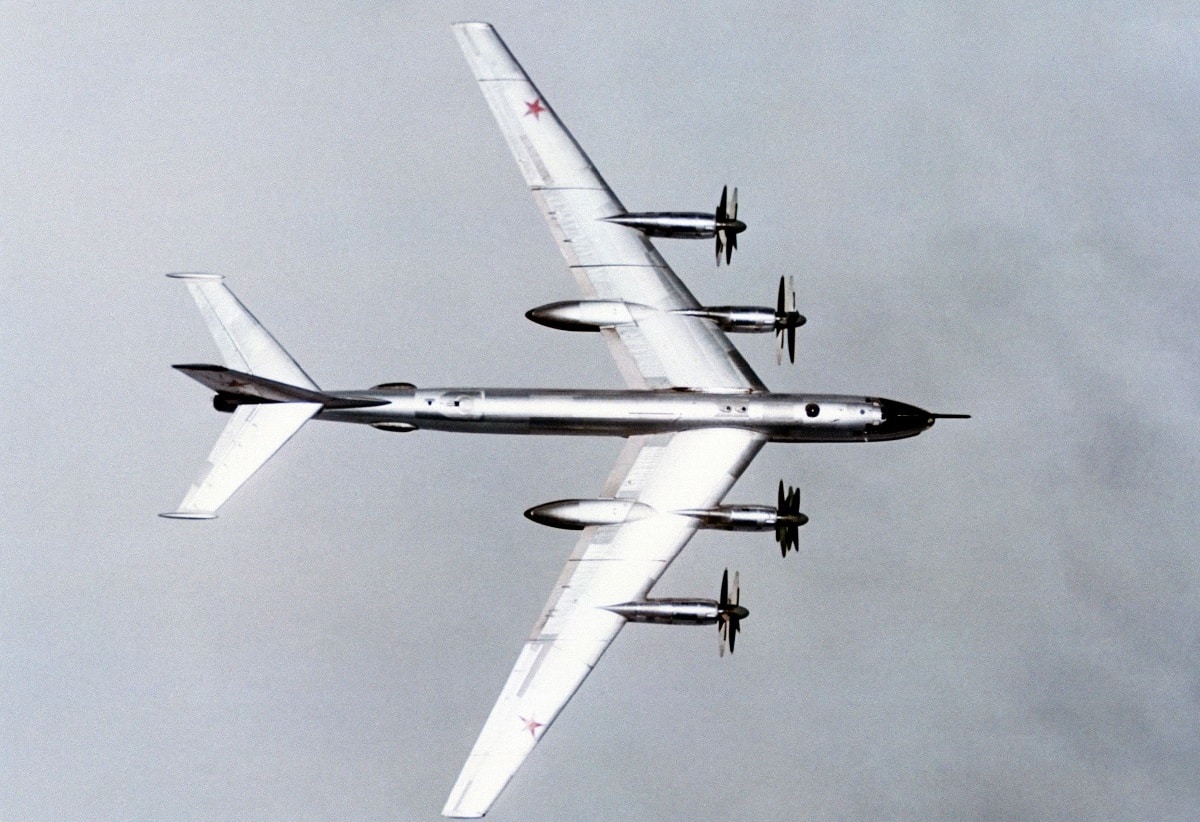 This week a pair of Russia’s Tupolev Tu-95MS (NATO reporting name “Bear”) strategic missile-carrying bombers took part in a scheduled patrol flight over the Black Sea. The flight, which lasted five hours, was just the latest sortie for the Cold War-era bomber and highlighted its ability to travel extreme distances.

“Two Tu-95MS strategic missile-carrying bombers of long-range aviation performed a scheduled flight in the airspace over the neutral waters of the Black Sea,” Russia’s Ministry of Defense announced via a statement, reported Tass.

During the flight over the Black Sea, the two bombers were escorted by Su-27 fighters from the Southern Military District’s Air Force and Air Defense Army.

The Tu-95 is among the oldest designs still in service with the Russian military, while the Bear is also the only propeller-powered bomber in service in the world today. The four-engine propeller plane was developed in the 1950s after Soviet planners had requested a four-engine bomber that could fly five thousand miles and hit targets across the United States. The choice of propeller-driven engines was made due to the fact that jet engines of the time burned through fuel too quickly.

Russia’s Aerospace Force has upgraded the aircraft significantly – well beyond its original capability to drop unguided bombs. The aircraft, which has been in service for more than 60 years, is notable in that it can cover such great distances while carrying a hefty payload.

The upgraded Tu-95MS was introduced in 1981 to integrate new air-to-surface missiles. Unlike the United State Air Force’s B-52 – which has also been significantly upgraded – the Tu-95MS is actually not just an updated airframe, and because the older warbirds that rolled off the assembly line in the 1950s and early 1960s were unsuitable for modernization, the Soviet Union opted to restart production in the 1980s. As a result, the Tu-95MS bombers are significantly newer than their American counterparts even if the Russian aircraft seem almost antiquated in comparison.

This is why the Tu-95MS has remained a key element of the air component of Russia’s nuclear triad, and the modernized versions have been upgraded to carry the latest X-101 cruise missiles. Those missiles can be retargeted once the bombers are already airborne.

The Bear has been regularly deployed on flights over the neutral waters of the Arctic, the North Atlantic, the Black and Baltic Seas, and the Pacific Ocean. In recent months Russia has increased its deployments of the Bear over the Bering Strait.

In March NORAD had announced that the Russian aircraft remained over in the waters of the North Pacific and Baring Strait for hours at a time. Air Force Gen. Glen VanHerck, head of the North American Aerospace Defense Command and U.S. Northern Command, attributed Russia’s expanding activities in the Arctic region to the current great power competition dynamic.