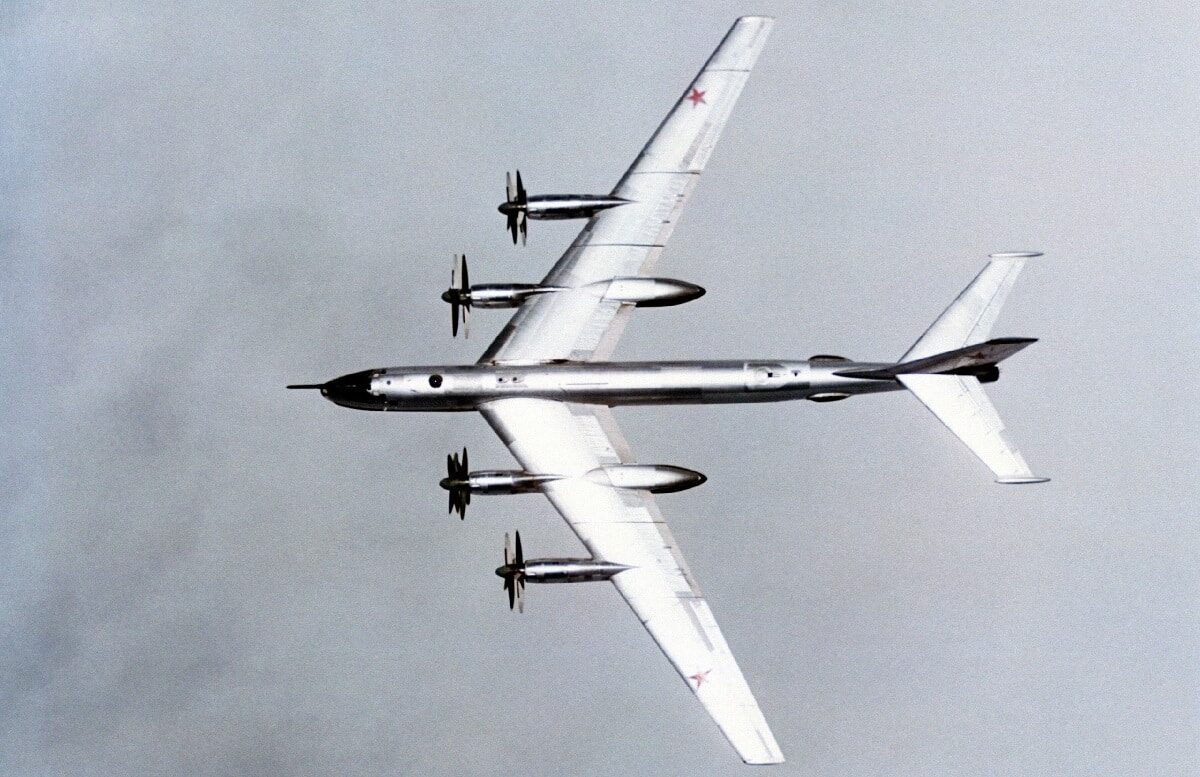 Aviation buffs who want to get a good view of Russian aircraft, notably the Tu-95 “Bear” four-engine bomber, don’t need to head to the Moscow Air Show.

Instead, they could head to the waters off the coast of Alaska, where the Russian Cold War-era bomber have been making almost routine flights.

Why Is Russia Doing This?

The United States Air Force said that it has intercepted a record number of Russian aircraft and it is stretching some units thin.

“We have certainly seen an increase in Russian activity. We intercepted over 60 aircraft last year. … We monitor more than that,” Lt. Gen. David Krumm said from Joint Base Elmendorf-Richardson (JBER), Alaska, during an online forum hosted by the Air Force Association as reported by the Air Force Times.

In March, NORAD had announced that Russian aircraft have stayed over in the neutral waters of the North Pacific and Baring Strait for hours at a time. Air Force Gen. Glen VanHerck, head of the North American Aerospace Defense Command and U.S. Northern Command, attributed Russia’s expanding activities in the Arctic region to the current great power competition dynamic.

During a Defense Writers Group discussion, Gen. VanHerck noted, “We’re back in the peer competition. Clearly, Russia is trying to reassert on a global stage their influence and their capabilities. That’s exactly what’s going on. It’s great power competition.”

The Northern Command chief suggested that a key difference is that the intercepts are far more complex, as the Russians enter the Alaska Air Defense Identification Zone (ADIZ), a region spanning 200 nautical miles that reach past U.S territory and into international airspace and then remain for hours.

Incursions Up, And So Is the Strain

The number of incursions has continued to increase, and at sixty in the past year, it is the most since the collapse of the Soviet Union in 1991. By contrast, the ADIZ had seen just about ten incursions per year.

The United States Air Force has responded by deploying Lockheed Martin F-22 Raptor fighter jets, as well as E-3 airborne surveillance planes to escort the Russian aircraft, while KC-135 tankers allow the American aircraft to remain in the skies until the Russians call it quits and head for home. This is beginning to take its toll on the Air Force units stationed in Alaska.

“While there is a strain on our units, I will tell you that they’re managing it very, very effectively,” explained Krumm, who serves as head of U.S. Northern Command’s Alaska branch, NORAD’s Alaskan region, and the 11th Air Force under Pacific Air Forces.

The Air Force is now considering options, including sending F-16 Fighting Falcons from Eielson Air Force Base (AFB), Alaska, which could allow the F-22 to focus on more complex missions and training. The multirole F-16 would be more than able to escort – and if necessary – confront Russia’s bombers. Yet, the threat remains that Russia is making efforts to improve its bomber fleets and other long-range aircraft.

That could mean more close encounters near Alaska, and it would only take one wrong move for things to turn ugly really fast. But in the meantime, the Air Force will do its part to monitor, track and escort the Russians.