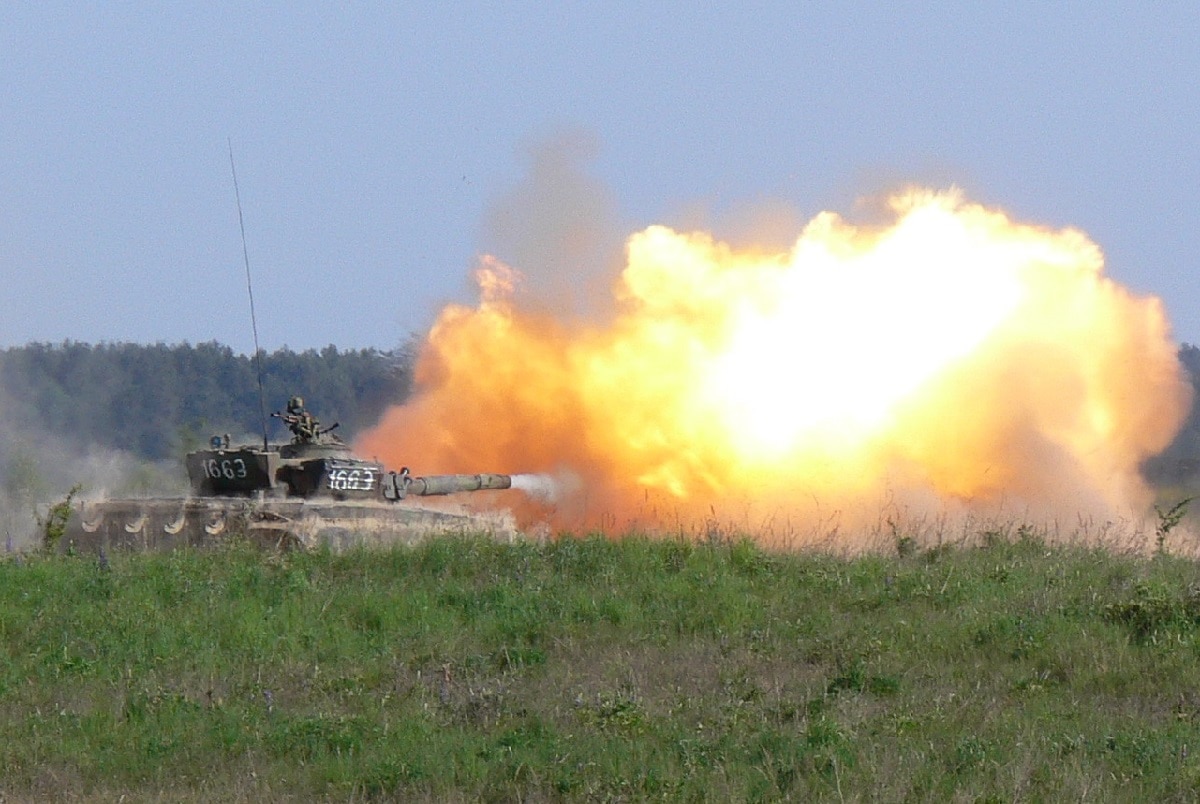 It may not be as iconic as the T-34, but the Soviet T-72 main battle tank (MBT) has remained a workhorse around the world, despite its increasing age. The tank has been manufactured in six countries and is in service with the armies of nations. The T-72 has also been employed in nearly every major conflict of the past two decades–and the upgrades keep coming to keep it ready for the rigors of modern warfare.

A true product of traditional Soviet design philosophy, the T-72 first entered production in 1971, and it officially entered service two years later. The Soviets sought a cheaper and more reliable alternative to the T-64, which while ambitious, proved to be too overly complicated, and as a result utterly unreliable.

However, where it differed from previous Soviet tank designs was in its low profile, which was achieved by a reconfiguration of the method to load the main gun. The adoption of an auto-loader, which can feed the 125mm smoothbore cannon at any angle allowing for a more compact turret. This also allowed the crew to be reduced to three instead of the usual four crewmen found in modern tanks.

The tradeoff was that mechanical equipment broke down frequently, while the auto-loader was actually slower than a human crewman. Yet, despite the shortfalls, the T-72 proved to be a reliable MBT and it has seen use in numerous conflicts beginning with the Iran-Iraq War. A total of 17,831 of the original T-72 series tanks were produced in the Soviet Union until its collapse in 1990. The Russian Army subsequently operated around 9,000 of the aging T-72s.

The first major modification of the T-72 came in 1979 when the T-72A was introduced. Considered a second-generation MBT, and it was widely exported but was it was also produced under license in Czechoslovakia, India, Romania, and Yugoslavia. More than 10,000 of these licensed-built tanks were manufactured during the 1980s.

The Soviet Union also updated the tank during the era of Ronald Reagan, New Wave music, and skinny ties. The T-72B entered service in 1985 and this variant incorporated many features from the new T-80, including a laser rangefinder and thicker armor.

With the fall of the Soviet Union, many T-72s were passed on to various successor states – with Russia, Belarus, and Ukraine being the largest operator. Russia has continued to operate the T-72s alongside modern tanks and has upgraded/updated the Cold War era MBT. The T-72B3 version, which was first introduced in 2010, has improved so much upon the original design that it is now considered a third-generation MBT and with these enhancements, it could remain in service for years to come.