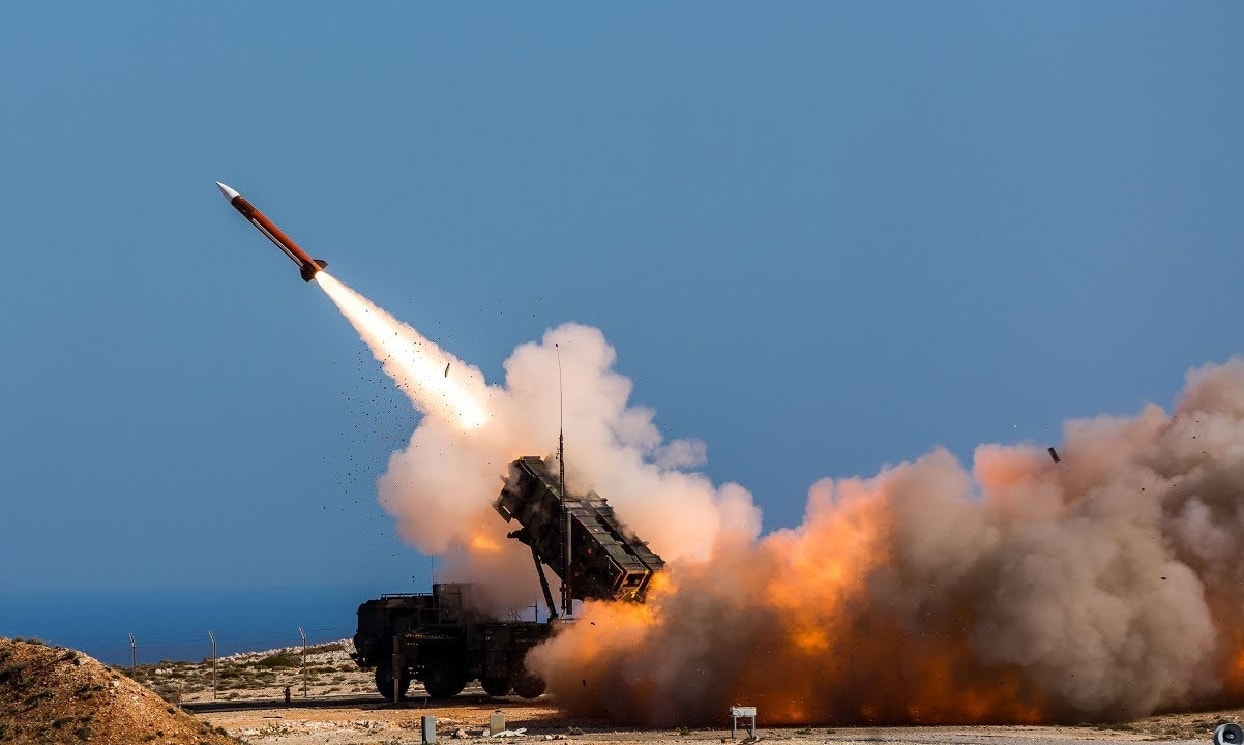 Sweden has received the first of its U.S.-made Patriot air defense missiles.

The weapons won’t just boost Sweden’s ability to stop air and missile attacks. They are a signal that Sweden – which prided itself on strict neutrality during two World Wars and the Cold War – is tightening its security relationship with the West against Russia.

“Sweden has repeatedly labelled Russia a security threat, using it as a pretext for its largest defense allotment since the Cold War,” complained Russian state-sponsored news site Sputnik News in an article on the Patriot handover.

The Swedes made no secret of the Patriot transfer. “Accompanied by a trumpet fanfare, rain, wind and the flapping of Swedish and American flags, Patriot was handed over to the Air Defense Regiment in Halmstad,” recounted Swedish newspaper Dagens Nyheter (English translation here). “This first fire unit with radar, electronics and missiles should be combat-ready before the end of the year.”

In military terms, the Patriot PAC-3 is a vast improvement over the U.S-made Hawk surface-to-air missiles that Sweden received in 1963. In particular, the PAC-3 Missile Segment Enhancement (MSE) version bought by Sweden is optimized for intercepting ballistic missiles, with an intercept range of up to 35 kilometers (22 miles) according to some estimates.

“Instead of defending a small area, we are moving to air defense of larger regions in the future,” said Defense Minister Peter Hultqvist. “We can meet longer-range threats such as long-range ballistic missiles.  This creates a threshold in our part of Europe. And that is something an adversary has to reckon with.”

The adversary that Sweden fears is Russia, which has a huge arsenal of ballistic missiles. “It was after Russia’s rearmament and annexation of Crimea in 2014 that Parliament decided in 2015 to purchase a modern system,” said Dagens Nyheter. “The choice was between the Italian-French Aster system and the American Patriot. Both can combat attacking aircraft and cruise missiles. What contributed to the choice of Patriot was that it is proven and can take out Russia’s Iskander ballistic missiles at high altitude. From the Russian enclave of Kaliningrad, Iskander can otherwise reach large parts of southern Sweden.”

Under the US$1.3 billion sale signed in 2018, one of Sweden’s two air defense battalions will be reequipped with Patriots, with the other following suit in 2025. Each battalion with have two batteries, with each battery comprising a command post, radar, generator and three launchers.

For a traditionally neutral power, Sweden has a remarkably large and advanced defense industry  that exported US$286 million in weapons in 2020. But developing missiles that can shoot down other missiles is an expensive and difficult challenge, so it’s not surprising that Sweden chose to import a ballistic missile defense system rather than building its own.

Nonetheless, the Swedish Patriots are a reminder to Moscow that the traditionally neutral Nordic Bloc is becoming more hostile to Russia. Norway is already a member of NATO, while neutral Sweden is buying U.S. missiles and neutral Finland is about to choose a new jet fighter, which could include the U.S. F-35 stealth aircraft.