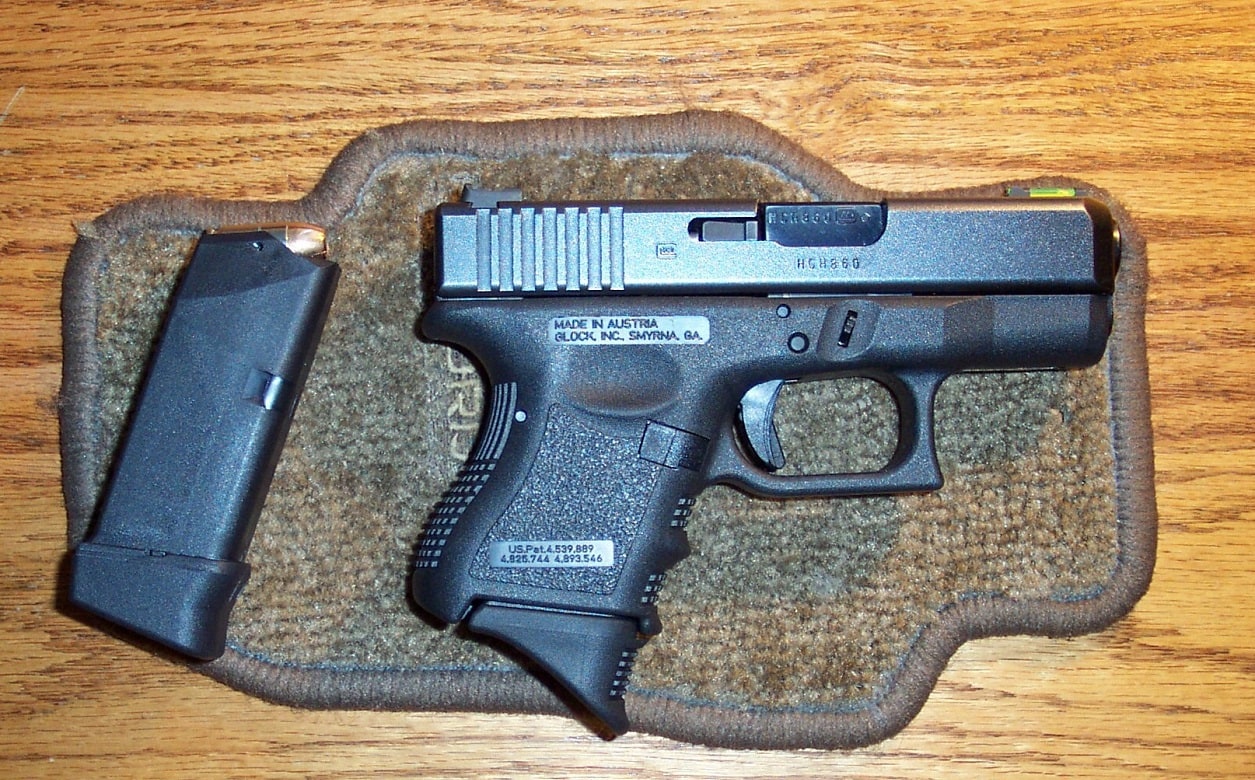 Glock 39, Explained: There is something unique about the number 39 – starting with the fact that it is the number of books in the Old Testament but that is it is also the smallest natural number to have three partitions into three parts, which all give the same product when multiplied. The number is taboo in some cultures while noted for its energies in others. None of that likely had anything to do with how the Glock 39 ended up with that particular number.

Unlike many other firearm manufacturers, Glock simply names its firearms based on the order in which it was developed.

However, the Glock 39 is still a special handgun and thus worthy of the number. It is chambered for its own special cartridge, the .45 GAP (Glock Auto Pistol) or .45 Glock (11.43x19mm), which was designed by Ernest Durham, an engineer with CCI/Speer, specifically for the Glock 37 and the next two subsequent pistols. The goal was to create a cartridge that could equal the power of the popular .45 ACP, yet have a stronger case head to reduce the likelihood of case neck blowouts. The cartridge was also designed to be shorter, making it ideal for a more compact handgun.

Externally, the Glock 39 is the .45 GAP version of the subcompact G26 – and its standard magazine capacity is just six rounds. Yet for those who want the reliability of a Glock in an easily concealable package while still having true stopping power, it would be hard to top the G39.

It remains one of the Austrian company’s smallest pistols on the market today. The G39 has an overall length of just 6.5 inches, a height of 4.17 inches, and a slide width of a mere 1.12 inches, whilst its barrel is 3.43 inches long. This is a true lightweight as well, as the entire pistol, with empty magazine, weighs just 1 pound 8 ounces.

As a compact pistol for everyday carry the G39 might not have enough stopping power, while its magazine capacity is a bit limited. However, as a backup handgun, this one could be hard to beat.

If there is a major downside with the G39 – as well as its G37 and G38 siblings – it is that only CCI and Speer manufacture the .45 GAP cartridge. That makes it very expensive and it can be difficult to find. Given the state of the great ammo shortage of 2021, there could be better choices for a subcompact pistol.