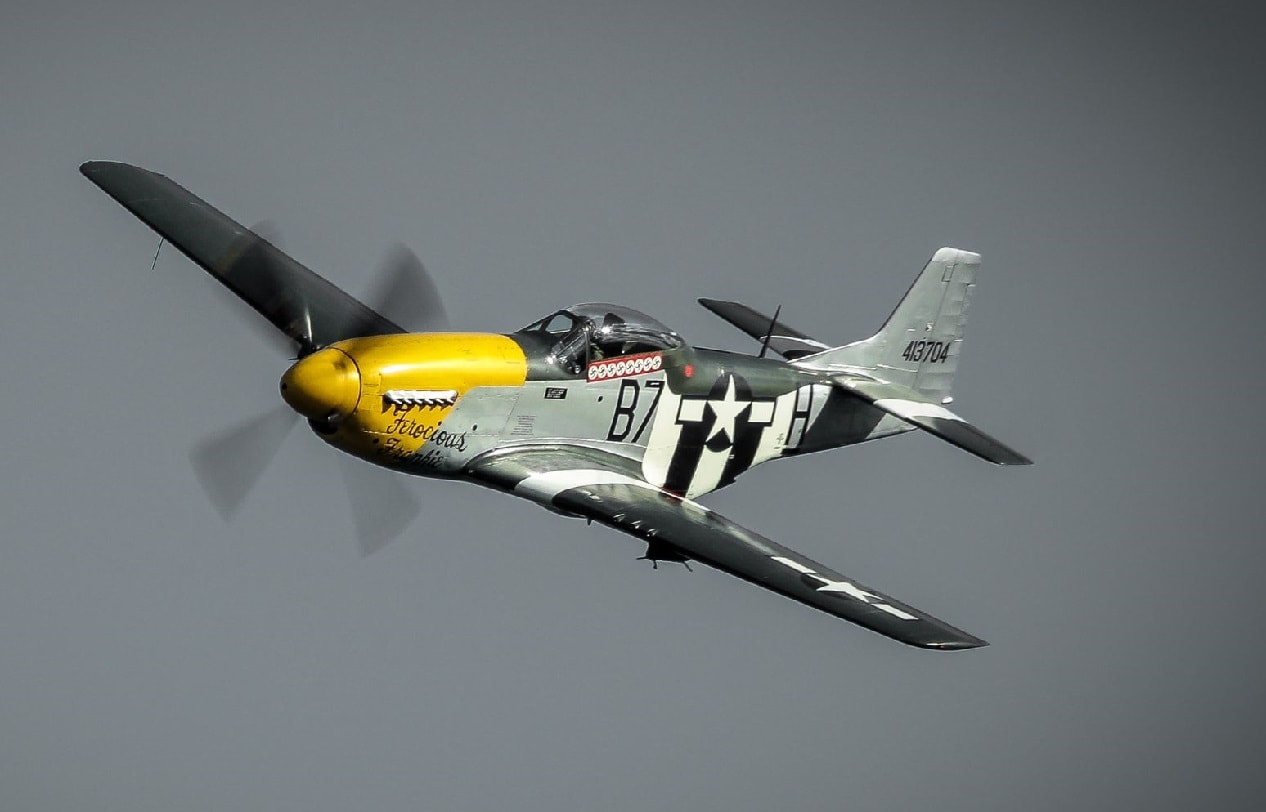 Nazi Germany Wasn’t Ready For the P-51 Mustang: During the Second World War, Nazi Germany faced many notable Allied fighters, and the Royal Air Force’s Spitfires and Hurricanes proved crucial during the Battle of Britain.

However, nothing really could have prepared the Nazi pilots for North American Aviation’s P-51 Mustang.

Perhaps as it was originally designed for the RAF, which had actually sought to purchase the Curtiss P-40, the Mustang didn’t actually seem to impress those in the United States Army Air Forces. Yet, thanks to the personal intervention of Gen. Hap Arnold, the USAAF retained 55 P-51s from the British contract. Most of those became F-6A photo-reconnaissance aircraft and equipped the first Mustang units, the 154th and 111th Observation Squadrons in North Africa in the spring of 1943.

The aircraft was noted for its excellent performance at lower altitudes, but the P-51A’s Allison engines severely limited performance at high altitude, above 15,000 feet. The Allison was actually a good engine, but USAAF relied heavily on turbosupercharging, a requirement that was impossible to meet for all aircraft due to a shortage of metal alloys such as tungsten.

As a result, the USAAF employed its P-51As in the China-Burma-India Theater, where most combat took place at low altitude.

It was in the fall of 1942 that the Mustang’s greatest event was truly achieved – thanks to a little magic from Rolls-Royce, namely its Merlin engine. A few of the aircraft were experimentally fitted with the British Merlin engines, and the results were immediate. One aircraft in the United States flew a remarkable 441 mph at 29,800 feet – about 100 mph faster than the P-51A at the same altitude.

It proved to be the perfect combination – the Mustang and the Merlin.

Mass production of the Merlin-powered P-51B and P-51C began – the only difference was that North American produced the “B” in Inglewood, Calif., while the “C” was built in Dallas, Texas.

In 1942, the USAAF had also ordered 300 attack/bomber A-36A Mustangs, fitted with the Allison engine. It was an attack version equipped with dive brakes and bomb racks, and it entered combat in June 1943, where it eventually served in North Africa, Italy and India.

In December 1943, the first P-51B/C Mustangs arrived in Europe with the USAAF’s 354th Fighter Group “Pioneers.” The aircraft were what was needed to escort the first U.S. heavy bombers in air raids over Berlin in March 1944. At that time, the USAAF fielded about 175 P-51B/C Mustangs.

Along with the USAAF’s P-38 Lightnings, those P-51s provided sorely needed long-range, high-altitude escort for the U.S. bombing campaign against Germany.

In the final year of the war, the Mustang excelled in hedge-hopping strafing runs over France as well as in long-range escort duty. The versatile fighter made a name for itself by blasting trains, ships and enemy installations in Western Europe.

It had been the first single-engine plane based in Britain to penetrate Germany, the first escort fighter to reach Berlin, and even the first to go with the heavy bombers over the Ploiesti oil fields in Romania. It was the first fighter to make a major-scale, all-fighter sweep specifically to hunt down the dwindling Luftwaffe. 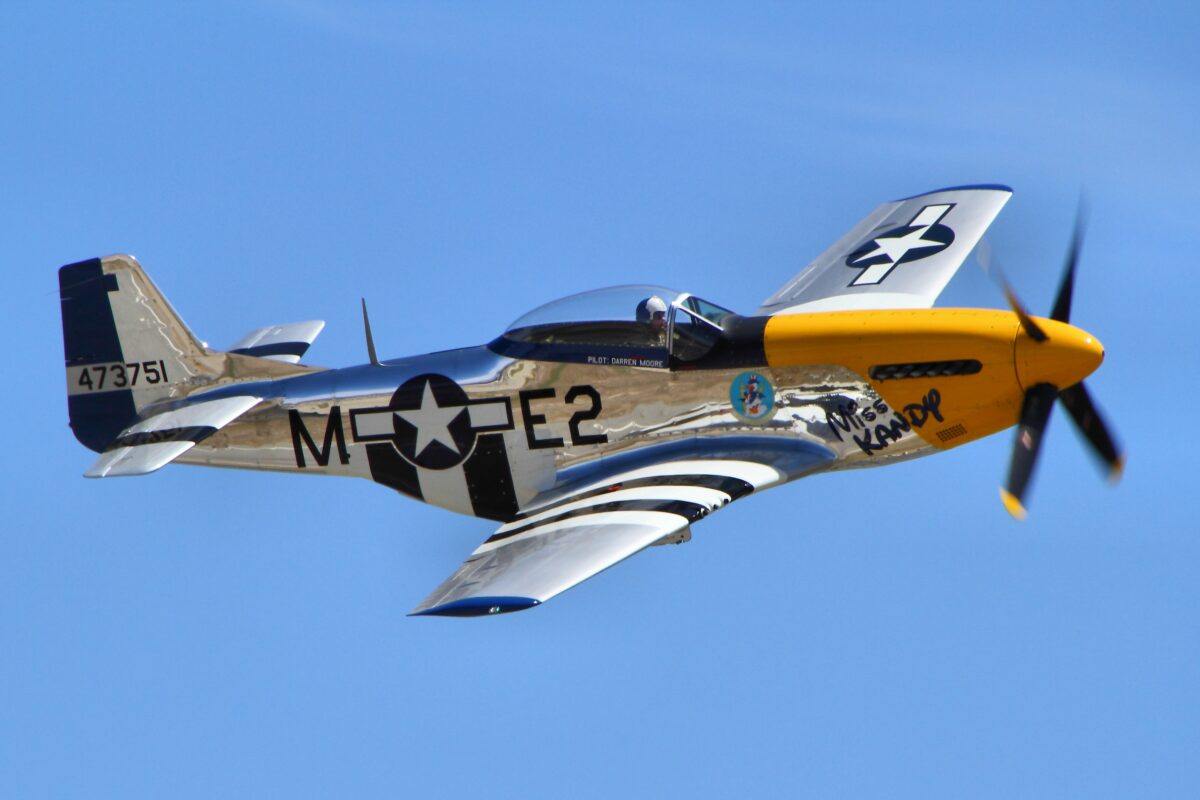 One of the highest honors accorded to the Mustang was certainly its rating in 1944 by the Truman Senate War Investigating Committee, which described the P-51 as “the most aerodynamically perfect pursuit plane in existence.”

By the end of the Second World War, some 15,000 Mustangs of all types had been built.

Korean War and Beyond

After the end of the war, the P-51 remained in service with the newly-formed U.S. Air Force and was in service with many other nations around the world even as more advanced jet fighters relegated the Mustang to secondary status.

By the end of the decade, many of the Air Force’s Mustangs, then redesignated the F-51, were transferred to the Reserve and the Air National Guard (ANG), or sold as surplus. 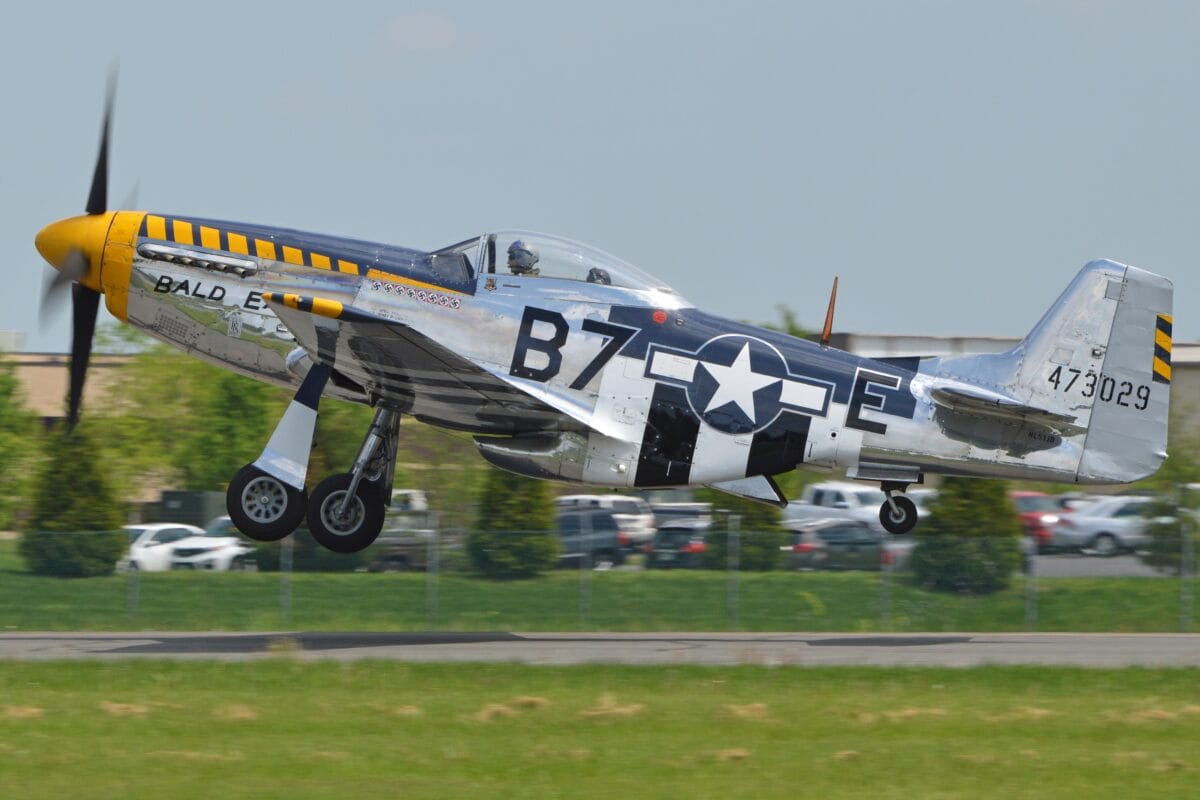 Yet its story and service weren’t over.

At the start of the Korean War, the Mustang once again proved its usefulness. After the initial invasion, Air Force units were forced to fly out of bases in Japan, and the F-51 proved to have the range lacking in early jet fighters. Mustangs thus continued to see service in the conflict with the U.S. Air Force, South Korean Air Force (ROKAF), South African Air Force (SAAF) and Royal Australian Air Force (RAAF), where it was employed as a fighter-bomber and proved close support and interdiction missions, until it was finally replaced by F-86F jet fighter-bombers in 1953.

The Mustang remained in service with U.S. Air Force Reserve and ANG units until the aircraft were finally phased out in 1957.

Peter Suciu is a Michigan-based writer who has contributed to more than four dozen magazines, newspapers, and websites. He regularly writes about military small arms, and is the author of several books on military headgear including A Gallery of Military Headdress, which is available on Amazon.com. Suciu is also a Contributing Writer for Forbes Magazine.