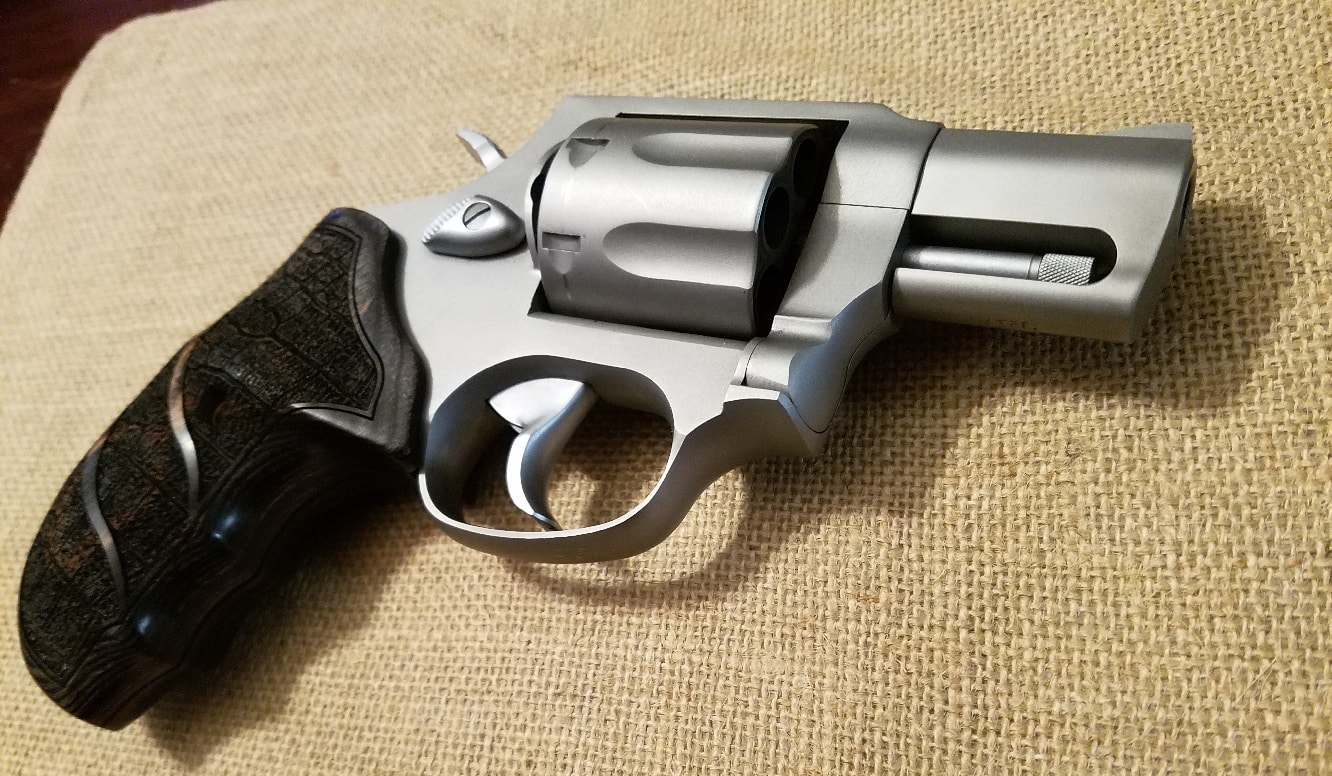 Taurus Model 617: Simply an Average Revolver? Taurus has been catching my eye these past few years. They used to be one of those companies I’d scoff at and try to dissuade people from buying their products. It’s not like that anymore. In fact, I find myself confused when I recommended that my buddy purchase a GX4.

All this hubbub about Taurus had me wanting to take a look at a couple of their firearms over the years. The Taurus 617 caught my attention. It’s a 7-shot .357 magnum revolver, something typically outside of my wheelhouse. But I figured I could only play with Glocks for so long. Is the 617 an overlooked gun or something not worth the mention? Read on to find out.

By all accounts, this little revolver looks as generic as you can get. It has a stainless steel frame and rubberized black grip that I found rather unhelpful when shooting 357 magnum. It is still a rather appealing look, especially when it’s all cleaned up. The Taurus 617 is a snub-nose which is something I like for looks, but not so much for keeping my hands pain-free. Even though it’s from Taurus, it doesn’t look cheap. I found it to be a nice-looking gun all told.

More than a few people have purchased the Taurus 617 with concealed carry in mind. I personally am not interested in carrying anything like this around. The reliability of a wheel-gun can’t be overstated, but I just can’t get past the limited rounds. Yes, seven is more than usual for a revolver, but I’d still prefer to have at least 15 rounds. Adrenaline can throw off shots and that becomes especially concerning when you have an extremely tight ammo supply. 357 is a pretty sweet self-defense round, but in this frame, it’s unwieldy and limited. It wouldn’t be bad for defending yourself from bears though.

Reliability is basically perfect as is expected out of virtually any revolver. I didn’t have any misfires over 1000 rounds, but it wouldn’t have really mattered anyway since you don’t really clear malfunctions on revolvers. This is just the standard for wheel guns. We’d be having a massive issue if this firearm malfunctioned so horribly that it prevented the operation of the handgun.

I have to bring up recoil. 38 is fine, whatever, nothing too serious. Maybe a little snappier since it’s coming out of a short barrel. 357 however is horrendous. It is straight-up unpleasant to shoot and is one of the biggest flaws in this handgun. You’d think that the heaviness of the full steel frame would mitigate that, but it really doesn’t do much. If you insist on carrying this gun for an EDC, carry 38. 357 is a helluva round for stopping power, but it’s just not as controllable. 357 out of the 617 is one of those things that’ll make you not want to practice with it.

The Taurus Model 617 isn’t a bad gun by any means, but it’s just not really for me. It’s, unfortunately, going to be sitting in a safe until I can find a buyer. That’s doesn’t, however, mean that this isn’t a good buy for you. If you like revolvers and have a budget, you might be looking in the right direction.