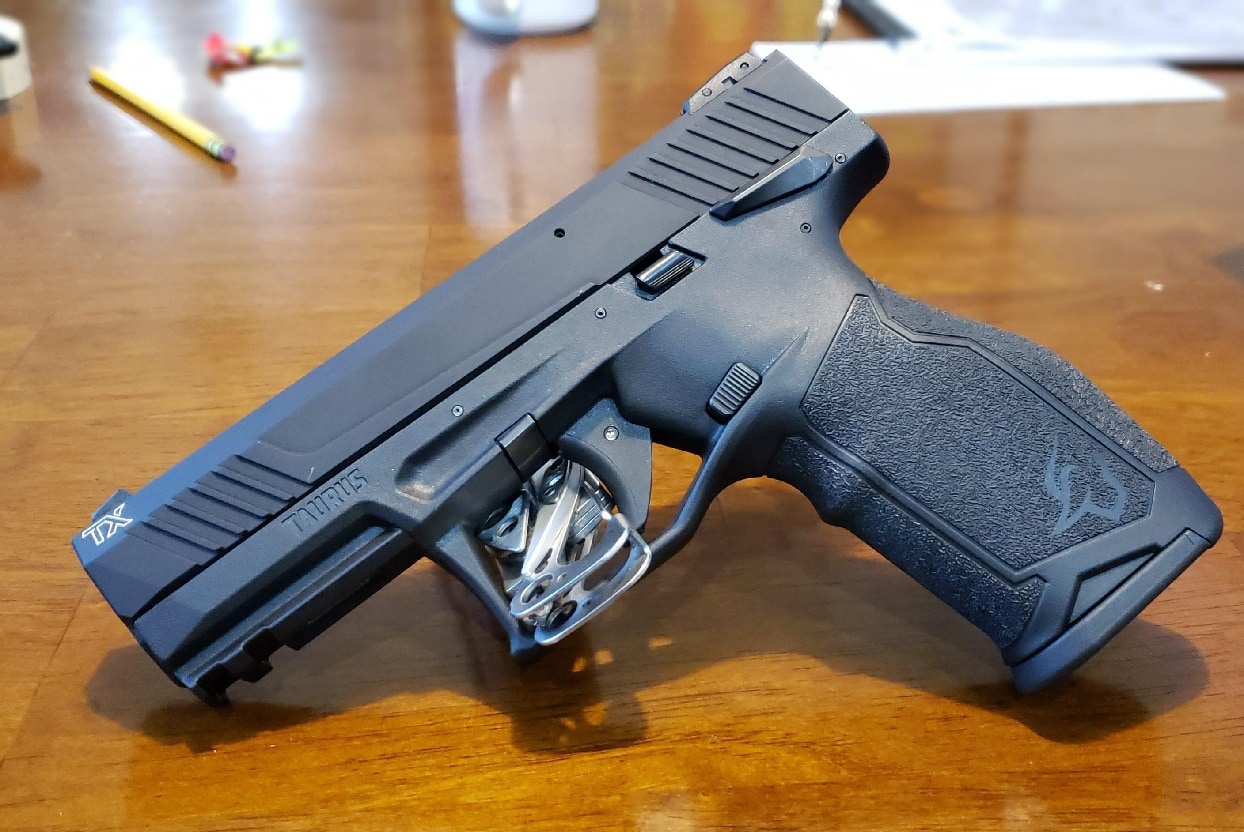 Taurus has been on a crazy hot streak lately. The G2C, G3, and G3C are all really great firearms and I recommend all of them. They were the guns that started changing my opinion as well as many others. Now Taurus isn’t known for cheap crap, they’re becoming known for cheap, quality firearms. And I think the Taurus TX22 might be the final nail in the coffin for Taurus’ old legacy.

The question is if it’s good for a Taurus or just a good gun overall. Read on to find out!

First off, the little gun looks great and that design isn’t just for looks. The Taurus TX22 features front and rear slide serrations that I’m a big fan of. I always get kind of bummed when a firearm doesn’t have forward slide serrations. The grip texturing is also pretty decent, but nothing ground-breaking. The takedown levers sit inside the trigger guard unobtrusively and give the pistol a more simplified and sleek look. It would look pretty sick as a compact 9mm(hint, hint). But the TX22 doesn’t just look nice; it’s nice to shoot too.

I had a lot of fun playing with this handgun. There’s basically no recoil as is to be expected with a 22. It made shooting through the white three-notch sights a breeze. But I think the low, low cost is what really made the experience that much better. This plinker can be had for just a skosh over $300, so it’s basically a perfect gift gun or a guilt-free purchase.

Now for the big question: is it reliable? Actually, it is! It ran most of my ammunition malfunction-free. The jams that I did have were all from a specific cheap brand of 22 that I bought in bulk. Everything else ran just fine and it ate up ammo more efficiently than its main competitor at the moment. Malfunctions are to be expected with 22s. It’s really a matter of “when” rather than “if” so I usually don’t put too much emphasis on reliability for 22s.

I was also happy to see that Taurus managed to give the TX22 two 16 round magazines by mimicked a sort-of double stack style. I should mention that I didn’t use the loading tabs at all to load the mags and didn’t have any issues.

The TX22 is just one of those guns I didn’t really have any issue with. There’s nothing glaring to complain about, except some things here and there that I would personally change. The TX22 is a ton of fun and would be a really great purchase if a 22 pistol is what you’re looking for. In fact, I wouldn’t just buy this because it’s budget-friendly; I’d buy it because it’s just a good pistol.