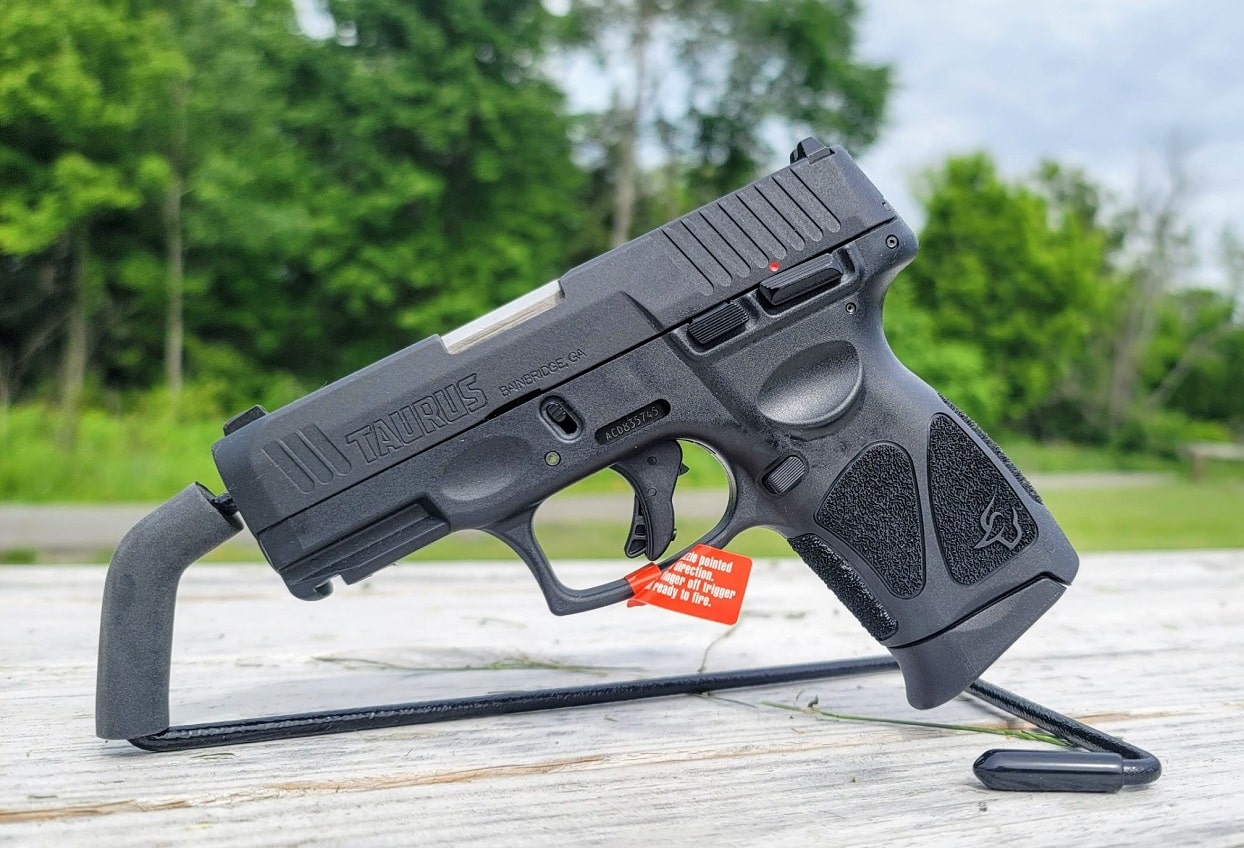 You might remember from my Taurus G3 review, that I have a certain proclivity for hating on Taurus (I had a rather annoying experience with their 1911). I mentioned that the G3 has started turning that around. Now the only thing that might be holding you back is some guys calling you “poor” for picking up an affordable firearm. That’s not to say that Taurus’ less-than-ideal reputation is entirely unwarranted, but the G3 and G2C have helped make some solid strides towards a respected rep. I had to find out if the G3C is the clincher for the Quality Firearms Hat Trick. Read on to see what the G3C has going for it.

The Taurus G3C remains largely the same as its predecessor as far as looks (and everything else really). It did receive a new loaded-chamber indicator right at the rear of the chamber, which is not something I use particularly often. More often than not, I’ll press check just out of habit. The G3C isn’t a particularly pretty gun, but it’s also not ugly at all.

The concealability factor on this pistol is excellent. It’s marketed as a compact but I think it toes the line between compact and subcompact. It’s super easy to conceal but brings a solid mag capacity with it. It’s remarkably comfortable to carry as well due to it’s basically perfect size. The Taurus G3C isn’t quite replacing my regular everyday carry, but it’s not a bad choice at all for some more economically challenged gun owners.

I considered the G2C’s trigger a crime against humanity and a personal affront to my trigger snob sensibilities; the G3C does better, but not by a whole lot. I’m still very much not fond of it and actually kind of hate it, but it is an improvement over its previous model at the very least. I’m not going to hold it against Taurus too much, after all this pistol won’t run you more than $275 brand new.

Taurus’ history is pretty dicey when it comes to reliability. They’ve really only managed to turn that around in the last 4 years or so. Previously, their firearms were prone to malfunctions, but the G3, G2C, and now G3C all perform basically flawlessly. I didn’t have any malfunctions, but a friend with a different G3C mentioned he had a jam a couple of times. My experience was different and I think I’d trust the G3C to perform perfectly when it matters most.

That said, I personally wouldn’t use the Taurus G3C since I have too many Glocks to count. However, if you’re on a tight budget and looking to save money, I’d highly recommend picking this gun up. If Taurus continues on this path we’re certainly going to see them start running with the big dogs. And I for one, am excited to see where they go from here.