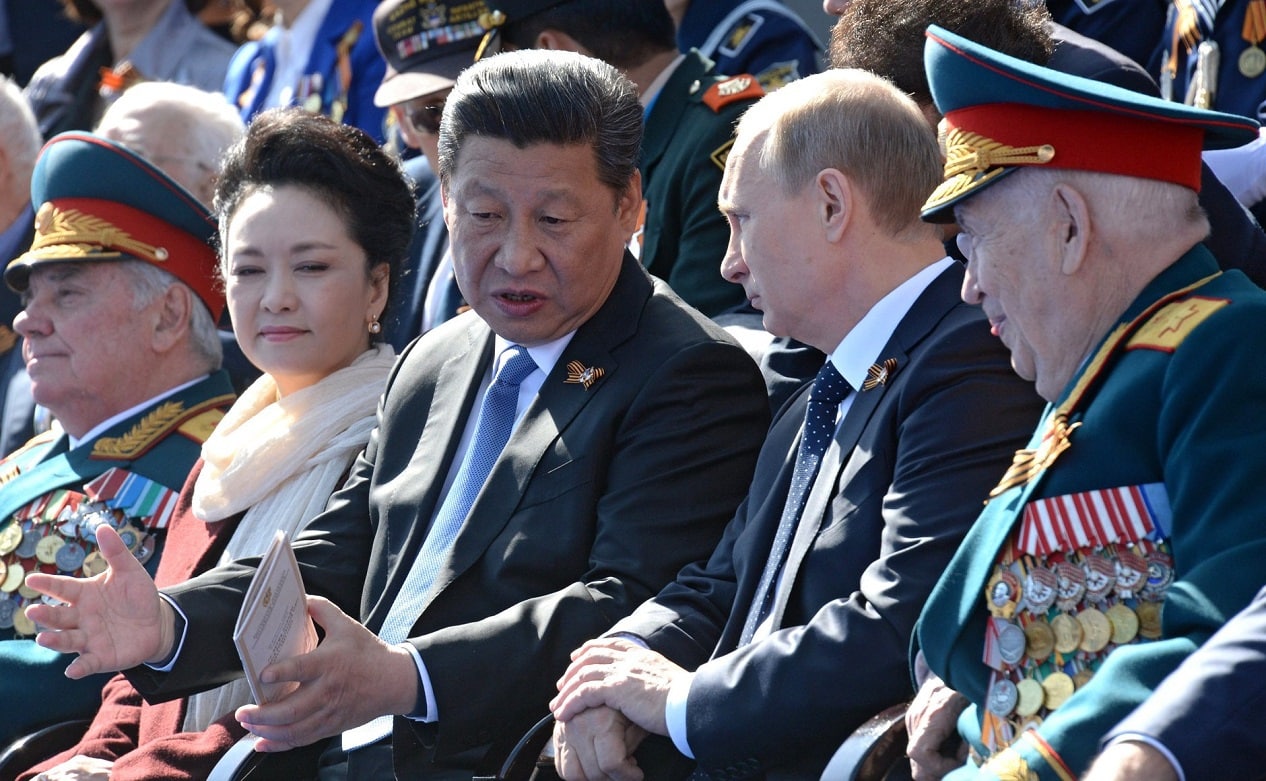 Chinese President Xi Jinping with the first lady during the Moscow Victory Day Parade on 9 May 2015.

The urgent need to remember Communism’s crimes from Berlin to Hong Kong is all too evident, as Wikipedia debates whether or not to delete an entry on “mass killings under Communist regimes.” The reason, according to a deletion supporter: “The view that the ideology of communism is somehow violent is … anti-communist pushing.”

How absurd — and ahistorical. Harvard University’s mammoth “Black Book of Communism” details the ideological roots of communism’s use of the firing squad, the Gulag, the KGB, forced famine, mass deportation, and suppression of basic human rights to stamp out any opposition to its tyranny. Lenin, Communism’s founding father, relied on violence to further his ideological end of a communist world.

Communism has imposed its tyranny in different countries at different times, and the reaction has always been the same: People resist, often at great risk. The authors of this piece witnessed communism firsthand: in Berlin during the height of the Cold War and in Hong Kong almost 60 years later.

In September 1961, one month after the Berlin Wall went up, Lee stood in line at Checkpoint Charlie to walk into East Berlin, the capital of communist Germany’s workers’ “paradise.” There were still many empty, bombed-out buildings, unlike in West Berlin, where workers were constantly rebuilding. Even on the grand Stalinalle, with its high-rise apartment buildings and stores, tiles had fallen from the walls and not been replaced. Weeds grew between the feet of a giant statue of Stalin. The city resembled a gray, dusty ghost town out of the Old West.

Lee walked farther into the city. The few people on the streets were dressed in gray and black and walked quickly with their heads down. He approached the Wall, all concrete and barbed wire, patrolled by soldiers and dogs. Small groups of East Berliners looked west at freedom. A few whispered to each other, but most were silent, pale wraiths in the fading light. When a small curious boy approached the Wall, armed guards ordered him back roughly.

Here was the reality of communism: a wall built to keep people in. Even so, East Berliners risked their lives to gain freedom.

On the sidewalk before 48 Bernauer Strasse, in the French sector, were garlands of flowers with the simple inscription, “In Memoriam.” They honored an East Berlin woman who jumped from her third-floor apartment but missed the mattresses and other bed clothing piled below her. She died on the sidewalk.

In East Berlin everything was grey: the shops, the clothes, the spirit of the people trapped in “the biggest concentration camp in the world” (as one local man called it). The Stasi (the secret police) was always on the lookout for dissenters. Citizens guarded their words, even at home.

On weekends and along the Wall, West Berliners gathered to wave handkerchiefs or signal with umbrellas to friends and relatives on the other side. Here an old man yelled a few words of encouragement to a friend leaning out a window. Here East and West Berliners relieved their frustration under the watchful eyes of East German police armed with rifles.

Lee knew that East Berlin would be depressing, but he was not prepared for near-desolation. It would be 28 years and 5 months before the Berlin Wall came tumbling down.

Across the world, as the Wall fell, American millennials were being born into prosperity and freedom. For most of Brenda’s life, communism and socialism were theoretical threats, ideologies that went against human nature and killed millions, but seemed like remnants of another world. Two years ago, she spent a month in Hong Kong while the city was embroiled in protests. She witnessed many her age or younger fighting for the freedoms they would lose if Hong Kong was subsumed by communist China. Their desperation was anything but theoretical.

Hong Kong is a vibrant city. It is prosperous and bustling with activity, full of glitzy high rises, wonderful cuisine, and beautiful hiking trails and beaches. At a population of 7 million, it feels like a small New York City.

Previously a British territory, Hong Kong was handed over to China in 1997. Many Hong Kongers are ethnically Chinese but Western in their principles. They care about freedom of speech, protest, and the rule of law. Dedication to these principles distinguishes them from mainlanders and unites them as a people.

The stakes between Hong Kong and China in 2019 could not have been higher. It was fundamentally a clash of systems. The Chinese are communists, Hong Kongers capitalists. They speak Mandarin, Hong Kongers Cantonese. In China, there is no judiciary, because “the Chinese Communist Party dictates who is innocent and who is guilty,” while the animating principle of the Hong Kong people is the rule of law. 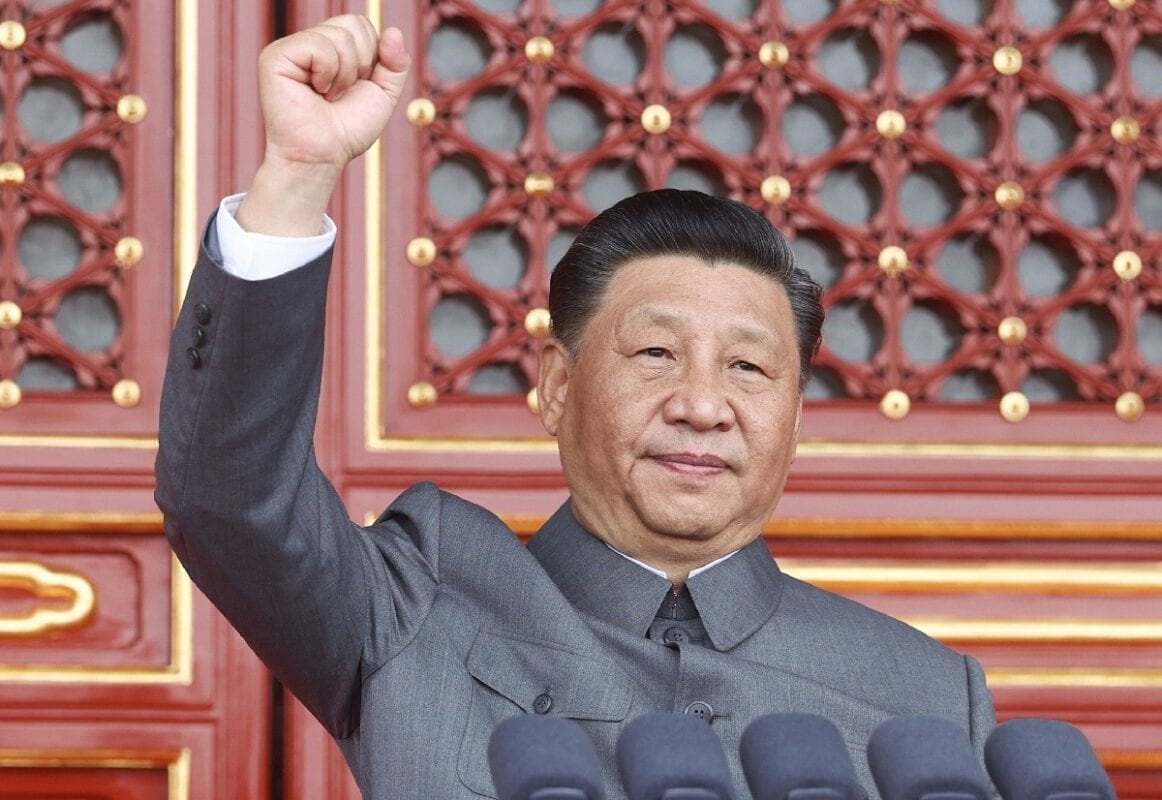 The abolition of this principle is what caused protests to erupt in 2019. The passing of an extradition bill would have allowed Hong Kongers, and possibly visitors, to be sent to China for sentencing. It would afford the Communist Party of China (CCP) the ability to seize people from Hong Kong for persecution by mock trial, intertwining Hong Kong’s legal system with China’s. Hong Kong would cease to exist as a refuge of freedom in Asia.

The young people of Hong Kong fought against this threat to freedom with the ferocity of those afraid of losing their country. Often Brenda would hear Hong Kongers explain the protests simply: “We do not want to be China.” She stood transfixed as their mantra “Do You Hear the People Sing?” from Les Miserables pulsated from loudspeakers, its message one of noble defiance: “It is the music of the people Who will not be slaves again!” She tried to imagine an American millennial waking up one day deprived of the freedom she has known all her life.

In many ways, young Hong Kongers are like American millennials. They have grown up in prosperity, security, and freedom. But after 1997, the dark threat of China was always there. China has long interfered in elections in Hong Kong as well as taken steps to transform the electorate itself. CCP puppets in Hong Kong push for the teaching of Mandarin in schools “to strengthen national identity” (meaning Chinese identity). Up to 150 immigrants from mainland China flock to Hong Kong each day.

Hong Kong youth understand what it will mean to live under communism. During the Cultural Revolution, which killed millions, many Chinese settled in Hong Kong, away from the oppression and violence of Maoist ideology. For the estimated three million Chinese who fled to Hong Kong, escape often meant swimming in shark-infested waters for seven hours. Some, unable to swim, clung to beach balls with the hope they would drift to freedom. Many died, but others still made the attempt, sometimes more than once.

Such stories abound in Hong Kong. The youth of Hong Kong have heard them from relatives and friends, and, in interacting with mainlanders, have discovered that PRC students are often unaware of Tiananmen Square. The CCP has been ruthless in censoring all references to the bloodshed at Tiananmen.

Whether in Berlin or Hong Kong, the desire to live freely endures. It motivates people to leave their homeland and risk everything, including their very lives. Stories of such human tenacity are carried through the generations, from the Cold War to today, in Asia and Europe.

If China is not resisted by the West, American millennials will be the ones telling their grandchildren of what Hong Kong was like when it was free.

Lee Edwards, Ph.D., is the Distinguished Fellow in Conservative Thought in the B. Kenneth Simon Center for Principles and Politics at The Heritage Foundation. His books include biographies of Ronald Reagan, Barry Goldwater, William F. Buckley, Jr. and Edwin Meese III as well as histories of The Heritage Foundation and the American conservative movement. His works have been translated into Chinese, Japanese, French, Hungarian and Swedish.

Brenda M. Hafera is a Senior Policy Analyst at Heritage and the Assistant Director of its Simon Center for American Studies.

Lee Edwards, Ph.D., is the Distinguished Fellow in Conservative Thought in the B. Kenneth Simon Center for Principles and Politics at The Heritage Foundation. His books include biographies of Ronald Reagan, Barry Goldwater, William F. Buckley, Jr. and Edwin Meese III as well as histories of The Heritage Foundation and the American conservative movement. His works have been translated into Chinese, Japanese, French, Hungarian and Swedish. Brenda M. Hafera is a Senior Policy Analyst at Heritage and the Assistant Director of its Simon Center for American Studies.