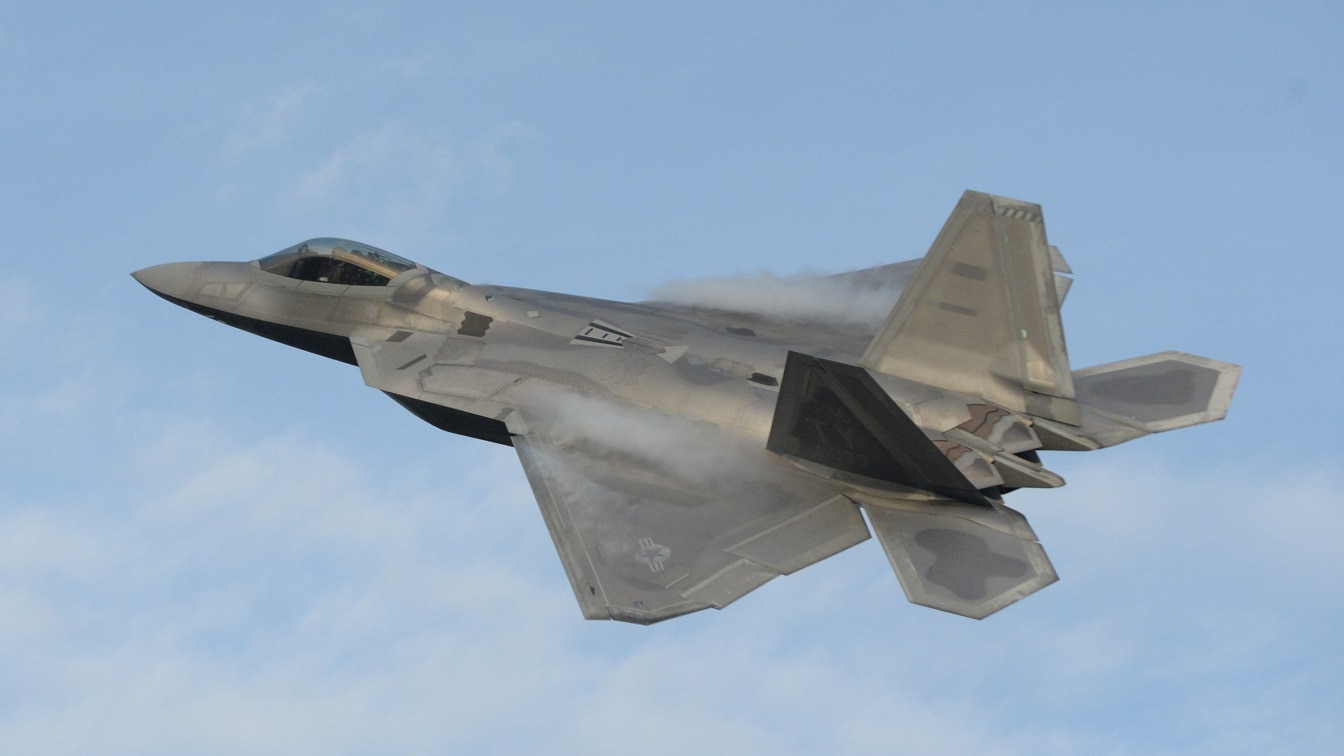 An F-22 Raptor from Tyndall Air Force Base prepares to land at MacDill AFB for AirFest 2016, March 18, 2016. The F-22 was set up as a static display for visitors to get an up-close look at the world’s best air dominance fighter. (U.S. Air Force photo by Airman 1st Class Cody R. Miller/Released)

The F-22 Raptor is the most advanced air superiority fighter jet flying the skies today, its pilots among the best in the world. So, it’s no wonder that one of the newest candidates to become a NASA astronaut comes from the Raptor community.

In December, U.S. Air Force Maj. Nichole “Vapor” Ayers was selected by NASA to enter its 2021 Astronaut Candidate Class, a cadre of only ten candidates.

NASA selected Major Ayers and her nine classmates out of more than 12,000 applicants in what is one of the most selective selection processes in the world.

The requirements to apply alone are very selective. Applicants need to be U.S. citizens and have a master’s degree in STEM field, with preference on science, technology, engineering, or math. In addition, they have to have at the minimum three years of related professional experience or at least 1,000 flight hours in jet aircraft as the pilot-in-command. If that wasn’t enough, candidates also have to pass a thorough medical examination.

“I think there’s a lot to learn from them [other astronauts] and it will be a cool dynamic because there will be very little military side to it, it’s more just working together in space to conduct research, keep the ISS functional, and continue the NASA mission there – so I’m pretty excited about that part,” Ayers, who was an F-22 pilot with the 90th Fighter Squadron in Alaska, added.

Ayers and her classmates, if they graduate the rigorous training course, will be joining the Artemis program, which plans to take America back to the moon, develop the first-long term presence there, and explore technology and concepts for deep-space travel that will take NASA to Mars and other planets.

NASA and the F-22 Factor

The F-22 Raptor made Ayers a good candidate for NASA. The fifth generation fighter jet requires a keen intellect coupled with excellent operational reflexes and the ability to comb through troves of data and come up with an actionable decision in a very short period of time. The operational environment where Ayers was flying helped too.

“Nothing beats flying in Alaska. I think the views are amazing, and I can’t wait for the views I get from the space station or potentially the moon as NASA moves forward with the Artemis Program. Alaska is unique because there are so few diverts that are close; I flew at Langley Air Force Base for a long time, where the divert airfields are 20, 30, 50 miles away. In Alaska you have to manage your fuel a lot more efficiently, and you also have to keep an eye on the ever-changing weather. I think just being in slightly more austere conditions really made me a better pilot, and hopefully makes me a better NASA astronaut candidate,” the former F-22 Raptor pilot added.

The F-22s stationed in Alaska are the first line of defense against Russian bombers flying from Siberia, but they can also deploy quickly in the Indo-Pacific area of operations if need be.