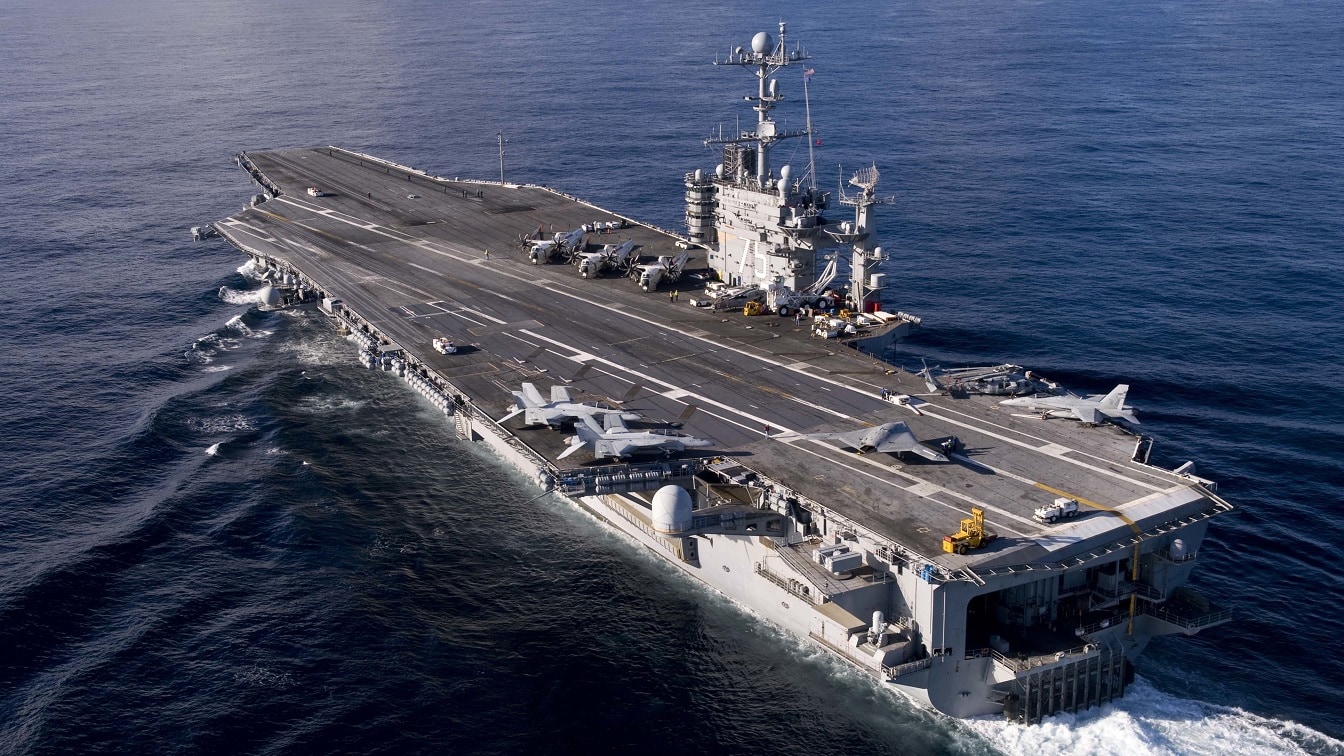 Russia Will Be Watching: NATO now has a US Navy Aircraft Carrier under their command – With the continuous threat of a Russian invasion in Ukraine looming in the background, NATO has launched a large-scale naval exercise in the region. In a move that signifies the high tensions, the U.S. Navy has put one of its nuclear aircraft carriers under the command of NATO for the first time since the Cold War.

Meanwhile, the Russian Navy has announced its own large-scale naval drills all around the world, including the area in which NATO will be operating.

The Truman Carrier Strike Group is leading the 12-day exercise. According to the Department of Defense, Neptune Strike 22 is designed to demonstrate the transatlantic alliance’s ability to integrate the strike capabilities of a nuclear aircraft carrier and its accompanying vessels to the deterrence of NATO.

“The USS Harry S. Truman carrier strike group will be placed under NATO operational control and serve as the centerpiece for this long-planned activity that fosters NATO allies’ ability to cooperate and integrate effectively,” Pentagon Press Secretary John F. Kirby said in a press briefing.

There is some interesting background on the large-scale naval exercise: Neptune Strike 22 isn’t a reaction to Russian truculence in Ukraine. The Pentagon had first planned the exercise in 2020 and didn’t have Russia in mind when doing so. As a result, Neptune Strike 22 isn’t tailored to the specific operational situation that is ongoing in eastern Europe. Instead, according to the Department of Defense, the naval drill is a chance to test the high-end capabilities of NATO’s maritime assets, how they work together, and what they can do better.

“The capability of SIXTHFLT [Sixth Fleet] and STRIKFORNATO [Strike Force NATO] combined staffs to enable a handover of the Harry S. Truman Carrier Strike Group demonstrates the power and cohesiveness of our maritime forces and the NATO Alliance. NATO’s command and control of a CSG is the result of decades of Alliance maritime interoperability,” Vice Admiral Gene Black, commander of the Sixth Fleet and Strike Force NATO, said in a press release.

Initially, the carrier strike group was scheduled to remain in the Mediterranean for a few weeks. But the tensions with Russia led Secretary of Defense Lloyd Austin to order the naval formation to remain longer in the area in order to reassure NATO allies.

Committed to Diplomacy, Ready for Anything

Speaking about the situation in Ukraine, the Pentagon’s press secretary said that it continues to be alarming, emphasizing the U.S.’ commitment to a diplomatic solution.

“We believe that there’s still a path to diplomacy here and we would like to see the situation deescalated. And as I’ve said before, one significant key way for it to get deescalated is for the Russians to pull some of those forces back out away from the border with Ukraine. They have shown no inclination to do that. In fact, quite the contrary, I think they continue to add to the force presence there,” Kirby added.

But should Russia not tone down the threats of an invasion, the U.S. is ready to support NATO’s eastern flank, the Pentagon’s press secretary stated.