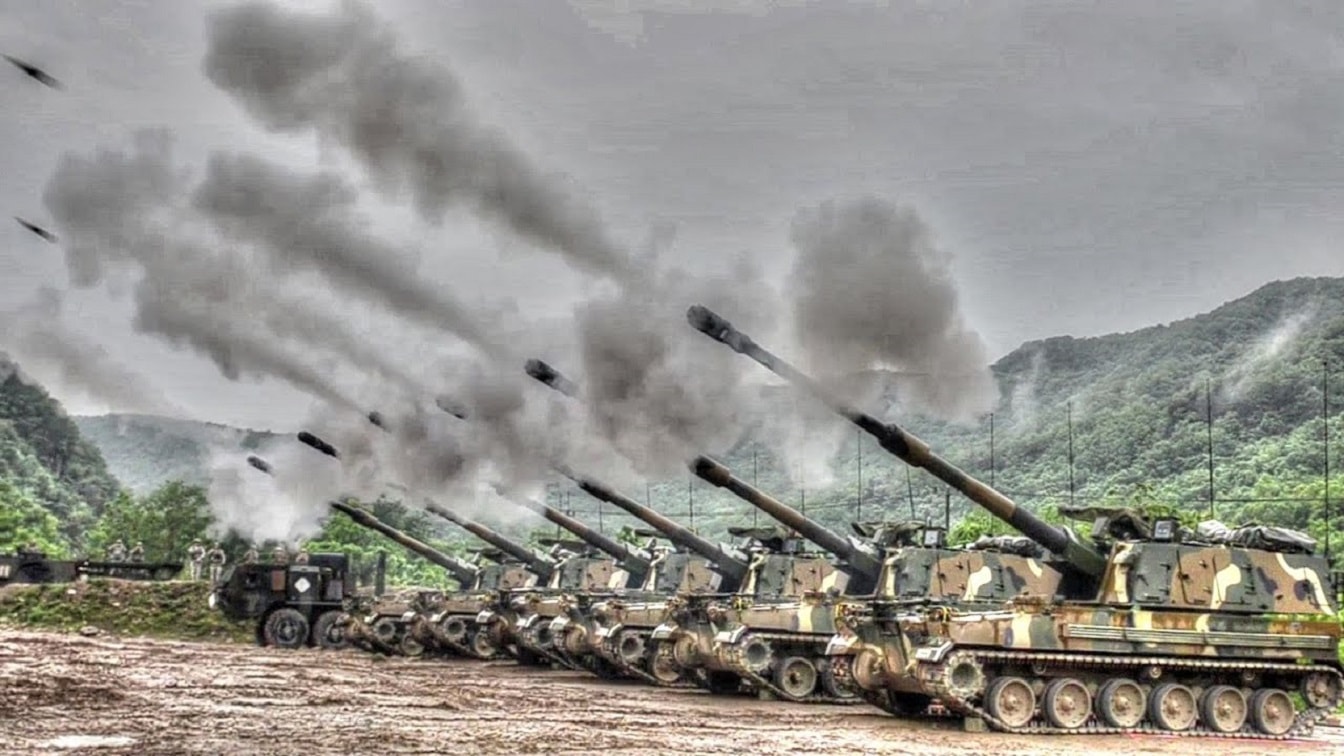 Known as the Huntsman in Australian Army service, the $730 million purchase includes 30 AS9 Huntsman howitzers and 15 AS10 armored resupply vehicles.

“The prime ability of the new vehicles is to fire and move quickly, avoiding enemy counter-attack,” said Australian Defense Minister Peter Sutton. “This project will mean a significant increase in the level of firepower and security for Australian artillery capability.”

First deployed in 1999, the K9 has become a contender in an international self-propelled howitzer market traditionally dominated by the U.S. and Russia. The K9 has a combat weight of 47 tons, according to the fact sheet by manufacturer Hanwha Defense. It can shoot out to 40 kilometers (24.6 miles) using normal artillery shells, and 50 kilometers (31.1 miles) using rocket-assisted projectiles. The vehicle is armored against 155-millimeter shell fragments, 14.5-millimeter armor-piercing machine gun bullets and anti-personnel mines, as well as chemical weapons.

Particularly notable is the autoloader that enables a rapid rate of fire. “The K9 is capable of firing a burst rate of 3 rounds in less than 15 seconds and a maximum rate of fire of 6 to 8 rounds
in a minute for three minutes,” according to Hanwha. “Sustained rate of fire is from 2 to 3 rounds a minute for one hour.”

As with other howitzers among NATO and U.S.-allied nations, such as France’s CAESAR and Japan’s Type 99, the K9 is a 155-millimeter weapon. But the K9 is most likely to be compared to the ubiquitous U.S. M109, first introduced in the early 1960s. Or more specifically, the latest M109A7 Paladin model. The M109A7 weighs in at 39 tons, and its autoloader system has a burst rate of fire of 4 rounds per minute and a sustained rate of one round per minute. Like the K9, both vehicles have digital fire control systems that enable the howitzers to shoot and then move to a new location to avoid enemy counterfire.

The Paladin and the K9 seem to be somewhat different beasts, almost the kind of dichotomy between medium and heavy tanks in World War II. The K9 is bigger and heavier than the 39-ton M109A7, has a more powerful engine and a slightly higher maximum speed (67 kilometers per hour versus 61 kilometers for the Paladin), and a faster rate of fire. Interestingly, India is testing the heavy K9 in the mountainous Ladakh region after border clashes with Chinese troops.

Hanwha is also developing the K9A2, which reportedly will be capable of firing 9 to 10 rounds per minute, while the U.S. Army is working on the Extended Range Cannon Artillery (ERCA) vehicle based on the Paladin. An ERCA cannon hit a target 43 miles away with an Excalibur extended-range shell in a December 2020 test.

Self-propelled howitzers, which first appeared in World War II, offer advantages over traditional towed guns. Somewhat resembling tanks themselves, self-propelled guns (SPG) are mobile enough to keep up with main battle tanks, can rapidly displace to avoid counterbattery fire, and provide some armored protection for their crews. The downside is that they are heavier, more expensive and more maintenance-intensive than towed artillery.

Both South Korea and the U.S. face artillery challenges. South Korea must prepare to confront North Korea’s vast arsenal of howitzers and rockets, while the U.S. – which has tended to rely on airpower more than artillery – worries that its big guns are badly outranged by the latest Russian and Chinese weapons. But for now, self-propelled howitzers like the K9 and Paladin offer powerful fire support.