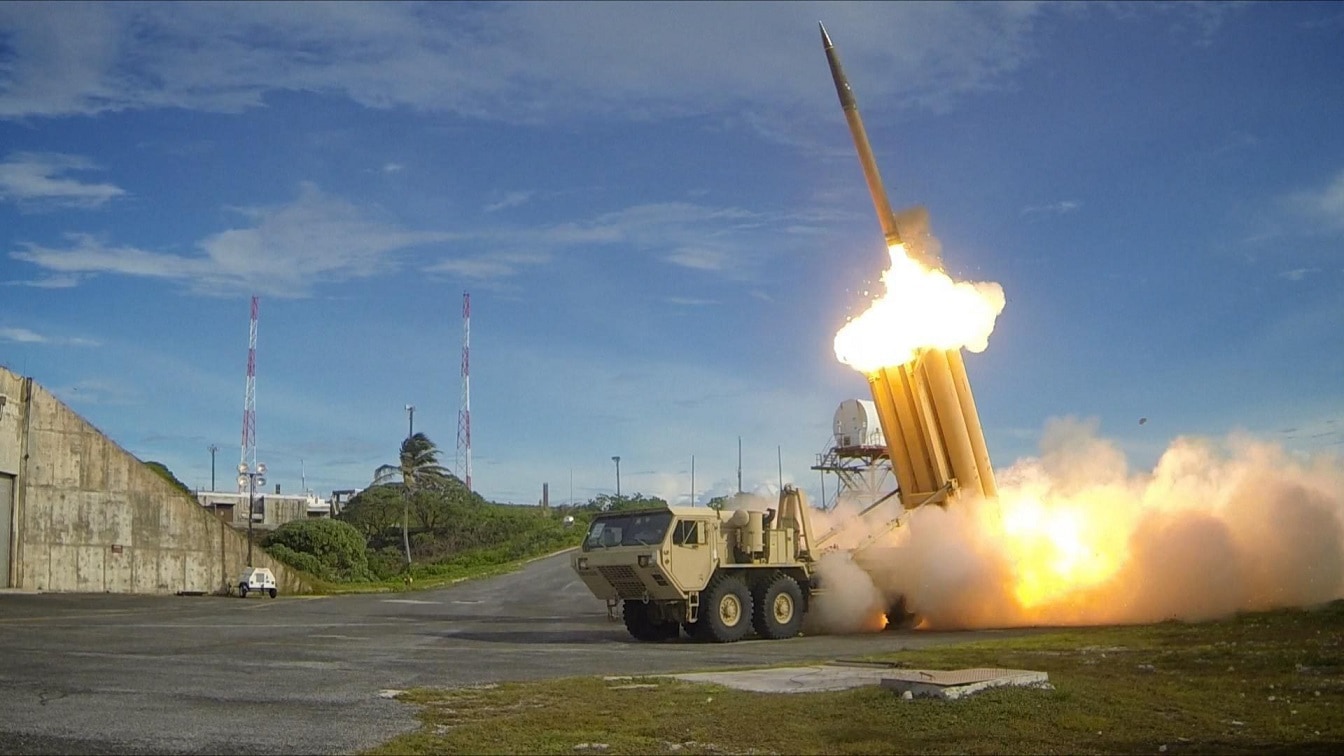 Used For the First Time, THAAD Missile Shot Down Houthi Missile in UAE – A ballistic missile fired by Houthi rebels in Yemen was successfully intercepted and shot down over the UAE by Emirati air defense forces using a missile system that was developed by the United States and sold to the UAE.

Lockheed Martin developed the Terminal High Altitude Area Defense System (THAAD), intercepted a Houthi ballistic missile that was headed for an oil facility near the Al-Dhafra Air Base outside of the capital of Abu Dhabi which houses both U.S. and French troops. The UAE government was the first international partner to secure a contract for THAAD back in December 2011, it has been in service with the U.S. Army and has deployed the THAAD systems to several locations in the Pacific as well as in Saudi Arabia.

The combined Houthi drone as well as cruise and ballistic missile attack on January 17 killed three people and injured six more. The THAAD system intercepted a Houthi medium-range ballistic missile was first reported by Defense News citing anonymous sources in the UAE defense ministry due to the member not being authorized to speak to the media.

“Several attacks, a combination of cruise missiles, ballistic missiles, and drones, targeted civilian sites in the UAE. Several were intercepted, a few of them weren’t, and three innocent civilians, unfortunately, lost their lives,” said Yousef Al Otaiba, the UAE’s ambassador to the United States in a virtual event in the U.S.

U.S. Central Command (CENTCOM) spokesman Captain Bill Urban confirmed that “a potential inbound threat” alerted U.S. service members at the Al-Dhafra airbase to take shelter in their bunkers for around 30 minutes and were then instructed to wear protective gear for approximately another 24 hours afterward as a precaution.

“Everything was professional and disciplined. The ‘all clear’ was called at 9:27 p.m. local time,” Urban said. “There was no mission impact.”

In the nearly decade-long fighting in Yemen, the Houthi rebels are supported by Iran, who have contributed training, arms, and missiles to the rebel force. The UAE and Saudi Arabia are part of a coalition fighting for the Yemeni government. The Emiratis have been gradually cutting back their involvement in the fighting in Yemen, in an attempt to generate better relations with Tehran.

However, during a recent Houthi offensive geared toward seizing the oil-rich Marib province, the UAE sent troops into the fight which apparently enraged the Houthis who seized a UAE-flagged cargo ship in the Red Sea and accused it of shipping arms and ammunition. Then came the attack on the UAE’s oil facility.

The Houthis have been attacking Saudi oil facilities for some time. The U.S. has supplied the Saudis and Emiratis with both the THAAD and Patriot Advanced Capability 3 (PAC-3) air defense systems. Saudi stocks of Patriot missiles are running low due to the numerous missile and drone attacks on their facilities.

The THAAD was developed after the military had studied Iraq’s Scud missile attacks during the Gulf War in 1991 and was designed to shoot down short-, medium-, and intermediate-range ballistic missiles during their reentry phase by intercepting with a hit-to-kill approach.

In the video below, U.S. Army soldiers of the E-62 Battery, 69th Air Defense Artillery Brigade, conducted an intercept test of the Terminal High Altitude Area Defense (THAAD) element over the Reagan Test Site in Kwajalein Atoll in the Marshall Islands.