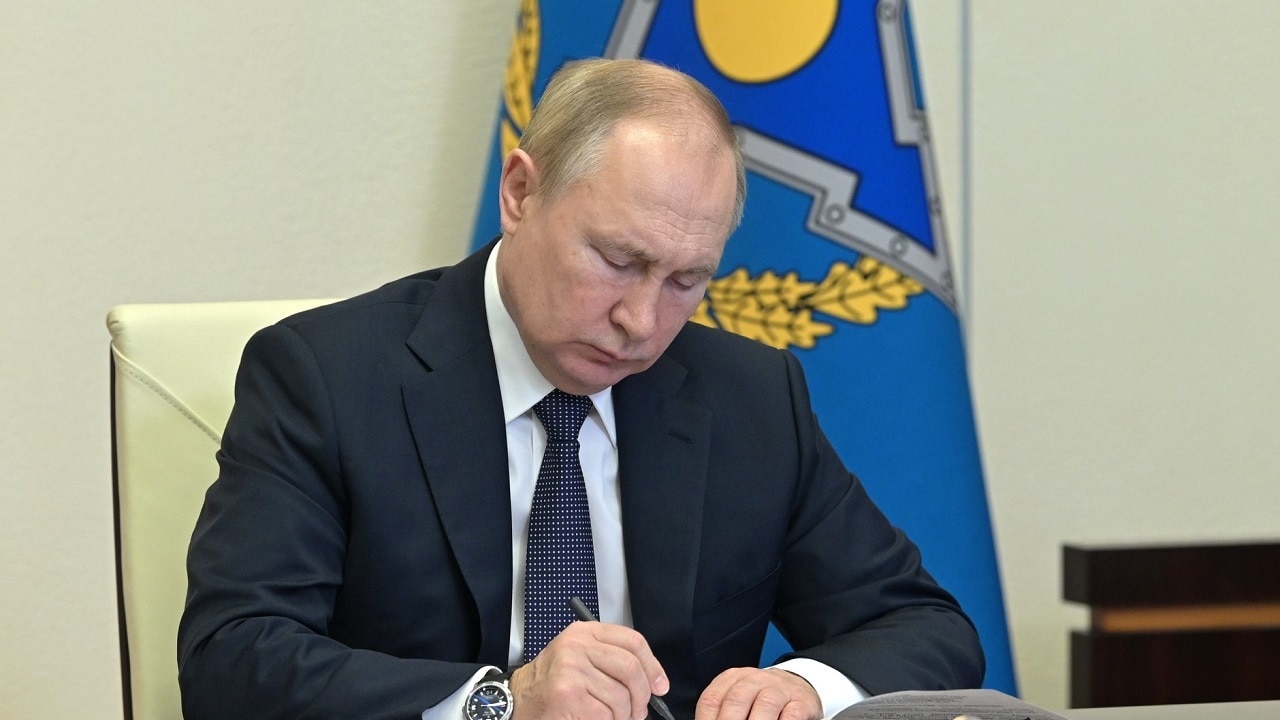 There is no question that Vladimir Putin’s ultimate objective is to reabsorb the former Soviet States and establish dictatorial influence over Central Europe. How he plans to do that—navigating the constraints and opportunities he faces—is also becoming clear. Putin is applying conventional Russian strategic logic, modified to accommodate the reality that Russia is but a middling power in an age of great power competition.

Putin is both a realist and realistic. The czars could never just dictate to the West. Every Soviet leader from Lenin on down recognized the limits of their power. Putin is in the weakest position of all of them. He has a good military, many customers for oil and gas, and, at best, a fair-weather friend in Beijing. That’s about it.

Putin has to figure out how to get what he wants and avoid geopolitical isolation in an increasingly bipolar world where the U.S. and China engage in direct competition, a situation that pushes Russia toward the status of a peripheral actor. Putin has to find a way to challenge transatlantic defense security, forcing geopolitical compromise without exceeding his grasp. Putin is testing the West. That’s bound to look unpredictable. Putin can’t even be sure how this ends.

We do know, however, that Putin embraces the view of Alexandr Dugin, the political analyst and strategist and the main organizer of the National Bolshevik Party, that “a Europe whole, free and peaceful” is unnatural, unrealistic, and unsustainable. In The Fourth Political Theory, Dugin obsessively emphasizes the ideological and civilizational cleavage between the Eurasian space and the West. He has insisted for years that Ukraine must be divided.

Along with Igor Panarin, a professor and political scientist antithetical to the West, Dugin promotes the idea of fracturing the artificial solidarity of Europe through a combination of information warfare, federalization, and regime change as options for breaking Ukraine’s tilt to the West. These practices are not limited to Ukraine and non-NATO countries. They have all been used to justify support for nationalist parties in Europe and to undermine trust in social institutions among democratic nations.

So why has Putin departed from merely chipping away at the West and opted instead to threaten a Götterdämmerung to seize Ukraine once and for all? In part, because Putin is running out of time. The great power competition is diminishing Russia’s geopolitical relevance because it lacks the tools and resources—in the Pacific and elsewhere—to be a global player. For Putin, the window of opportunity is shrinking, and Russia’s coercive potential vis-à-vis Europe could decline dramatically in the coming years. Meanwhile, the European Union is searching for alternatives to Russian gas to diversify its energy supply and sources. While Putin discredits democracy as a political model and societal exercise, members of the EU, Britain, the United States, and Canada are working to prevent the spread of authoritarianism in Europe.

At the same time, this could be his last best time. Putin believes Biden is weak and feckless. Meanwhile, his stock has never been higher with Beijing, which shares his goal of a Europe weak, divided, and ripe for exploitation.

Given these circumstances and the understanding that Putin will, at all costs, avoid weakening Russia, it is foreseeable that his strategy will aim to maximize Russia’s geopolitical outcomes. Putin is ready to change other regimes—by negotiation or force if the price is bearable. Still, he would prefer that this change come at the lowest possible cost and maximize geopolitical stakes in relation to the EU, NATO, and the US.

As he looks for options, his horizon is far broader than just Ukraine. For example, regardless of how that crisis plays out, expect Putin to pocket Belarus. The smart money says Putin will find a way to fabricate and orchestrate a referendum movement that will end in merging the Belarusian people into the Russian Federation. Regardless of the outcome of the current crisis in Ukraine, Putin won’t leave the region empty-handed.

The addition of Belarus to the Russian Federation will allow Putin to harass Ukraine even more severely, across its entire northern border. With such geopolitical acquisitions, there is no guarantee that by de-escalating, Russia will stop. On the contrary, Putin will have more space for mounting threats.

Thus, even if Putin doesn’t invade Ukraine, the crisis is far from over. He will keep meddling until the West checkmates him. And that they must do if the US and Europe ever want to turn their attention to China seriously. The allies will have to neutralize Putin’s most dangerous weapons, establishing energy independence from Russia and deploying adequate conventional and strategic deterrent forces.

Military deterrence will require developing a comprehensive strategy for the Baltic-Black Sea area. Increased instability in the Wider Black Sea Region (including Ukraine, Georgia, and the Republic of Moldova) poses a threat to NATO’s eastern front. This has to be addressed.

Further, current circumstances oblige NATO to develop a plan within the Alliance’s Strategic Concept framework to ensure the chances of future accession of Georgia and Ukraine.