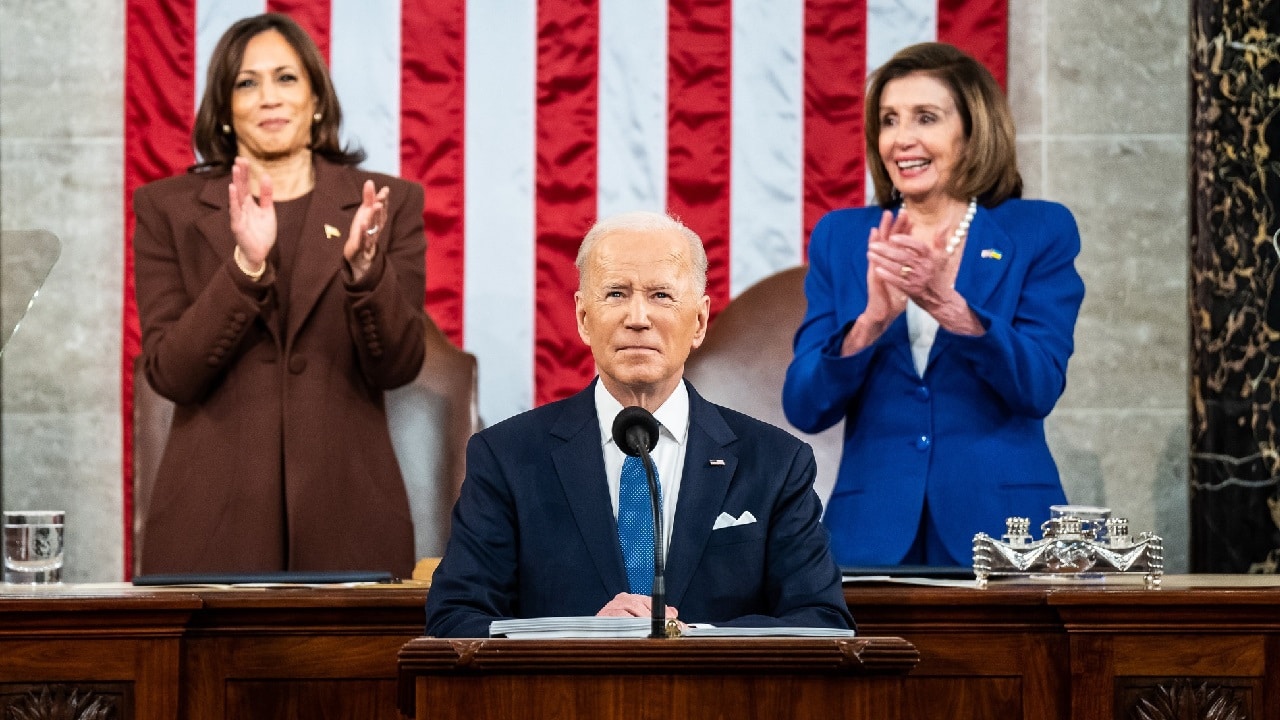 President Joe Biden delivering his 2022 State of the Union Address.

Could the U.S. Economy Avoid A Recession This Year? – The economic fallout caused by COVID-19 lockdowns forced tens of millions of people out of work, shut down American businesses, and sent unemployment skyrocketing through 2020 and beyond. Despite this, though, one expert believes that the United States may be able to avoid a recession.

Brace For an “Uncomfortable” Year

Treasury Secretary Janet Yellen said earlier this month that Americans are likely to experience a “very uncomfortably high” level of inflation for potentially another year, with the cost of gas, household goods, and foods rising dramatically over the last year.

According to data from the Labor Department, consumer prices rose by 7.9% in February and rose at the fastest rate since 1982.

“We have seen a very meaningful increase in gas prices, and my guess is that next month we’ll see further evidence of an impact on U.S. inflation of Putin’s war on Ukraine,” Yellen said.

What Is A Recession?

The last time the United States economy was in recession was during the first two quarters of 2020. The economy, however, has somewhat recovered and is not technically considered to be in recession, despite rocketing prices and widespread financial hardship.

A recession is defined in a couple of different ways. The media will typically describe a recession as two consecutive quarters in which gross domestic product shrinks. For economists, however, it is usually measured by monthly business cycle peaks and troughs. In general, a recession refers to a decline in economic activity that lasts several months and has an impact on employment, prices, sales income, and employment.

No Recession This Year, But Possibly Next Year

Experts believe that the United States is not likely to enter recession this year, but that it could happen sometime next year.

Jan Hatzius, the chief economist at Goldman Sachs, recently slashed his original 2022 U.S. GDP forecasts from 2% growth to 1.75% growth – even though other mainstream analysts predict that it could grow as much as 2.7%.

“We now see the risk that the U.S. enters a recession during the next year as broadly in line with the 20-35% odds currently implied by models based on the slope of the yield curve,” Hatzius said.

RSM chief economist Joe Brusuelas also predicted that, if the United States is going to enter a recession, it is more likely to be now.

“I think if we have a negative quarter of growth, it’s likely to be the first quarter of the year because that will capture the price shock that is cascading through the economy and the hangover after the very strong finish of last year. I don’t think we are going to have a recession,” Brusuelas told Yahoo Finance Live.

In this article:COVID-19, Economy, Inflation, Interest Rates, Recession, US Economy