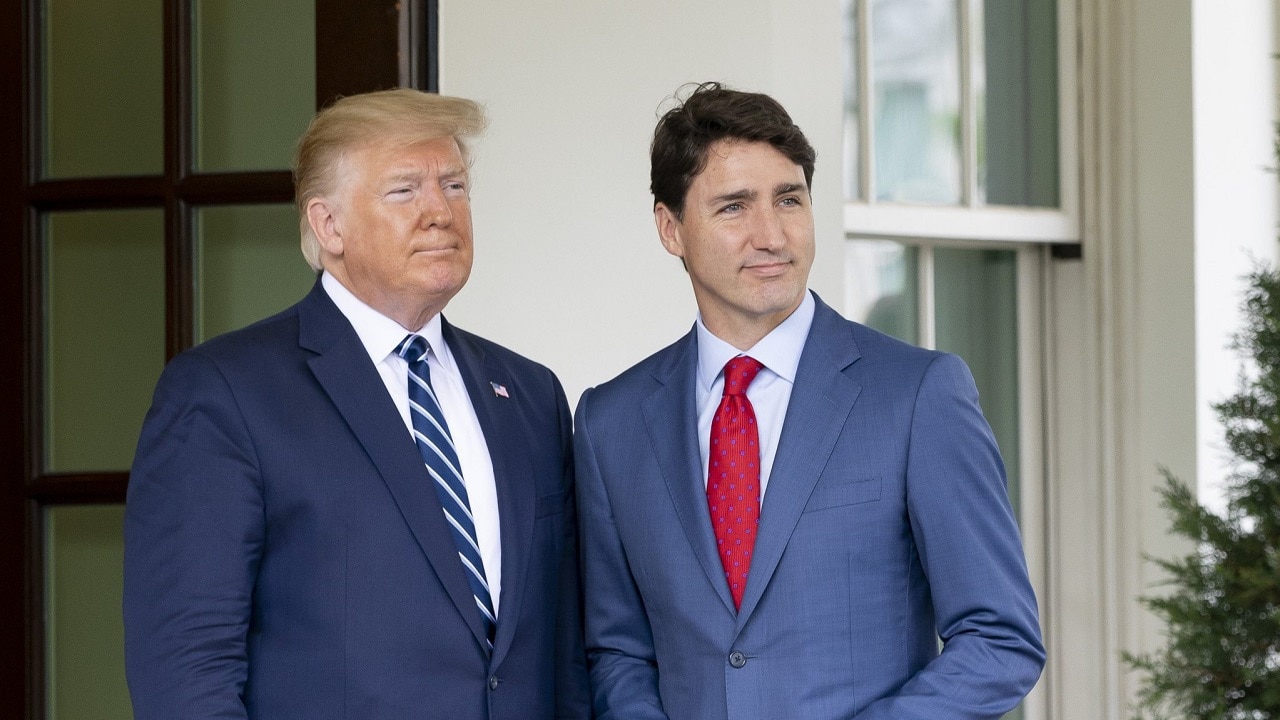 President Donald Trump's meeting with Canadian Prime Minister Justin Trudeau this week covered a host of topics: the need for swift passage of USMCA, solutions to the opioid crisis affecting both nations, defending human rights in the Western Hemisphere, and more

What should make of the trucker protests in Canada? The COVID-19 protocols are tumbling down even in the bluest of states, where President Joe Biden and the Centers for Disease Control and Prevention like it or not.

Washington, D.C. no longer requires proof of vaccination to enter local businesses and the mask mandate will be lifted at the end of the month. Only six states still have such face-covering rules. Gone are the days when only the most recalcitrant Republican governors defied the CDC.

The science has changed, they say, and indeed some measures that might have made sense when the delta variant dominated or before the vaccines are less justifiable under omicron or after widespread voluntary vaccination. But it is the political science that has changed fastest: polls show the public is losing patience with the never-ending rules. Liberals are losing their patience most slowly, but Democratic elected officials are starting to doubt the wisdom of catering exclusively to their most COVID-cautious constituents.

That message has yet to be received up north, where truckers clog the U.S.-Canadian border and protests against pandemic restrictions have rocked the capital city of Ottawa for two weeks. Unlike some blue state governors, Prime Minister Justin Trudeau has responded with a more serious crackdown, attempting to curtail even the private funding of the trucker convoys. D.C. abandoned its vaccine passport rule-following mere rumors of similar protests here.

But some are more stubborn than others. And in Washington, that isn’t limited to city council members who want to reinstate the jettisoned rules. White House press secretary Jen Psaki downplayed the connection between Canada’s vaccine rules and the ongoing protests.

“I know there’s been some suggestion — not by reporters necessarily at all — but that this congestion is related to the vaccine requirements,” she said at a daily press briefing. “It’s not.”

To be sure, it is fair to say that the Ottawa disturbances represent an extreme example compared to what has unfolded in other cases or industries. Participants are also in many cases angry about things far moved from COVID mitigation policies.

Yet policies do have to ultimately be judged by more than their intentions or what might be expected with a high degree of public buy-in. These civil disturbances have to at least be placed on the negative side of the ledger, much like gang warfare during Prohibition or the federal war on drugs. No matter how undesirable, even deadly, drunkenness or drug addiction can be, noncompliance itself drives many of the bad outcomes of those policies.

Perhaps the various permutations of vaccination inducements still nudge enough people toward the jab to make them worth the cost. More likely, they now serve to radicalize the unvaccinated, further entrench their vaccine hesitancy, and imperil businesses that have already suffered enough throughout the pandemic only to find themselves unwillingly deputized as vax enforcers.

Either way, the public health benefits of COVID policies now have to be weighed against economic, psychological, and human costs — and at this point, even the populace’s willingness and ability to tolerate them. The government health authorities’ easy resort to force, as understandable in March 2020 as it is unacceptable today, has discredited them in the eyes of those who most need their counsel to make wise personal decisions.

Canada Repents A Much Deeper Challenge on COVID Policy

By showing how quickly they are willing to use compulsion, the Anthony Faucis and CDCs have lost their capacity to engage in persuasion. COVID questions are instead reduced to power and control, not prudence or health. The coercion now being seen in Canada has instead given way to democratic accountability in the United States, however belatedly. That’s a good thing, even if the Biden administration is slow to embrace it.