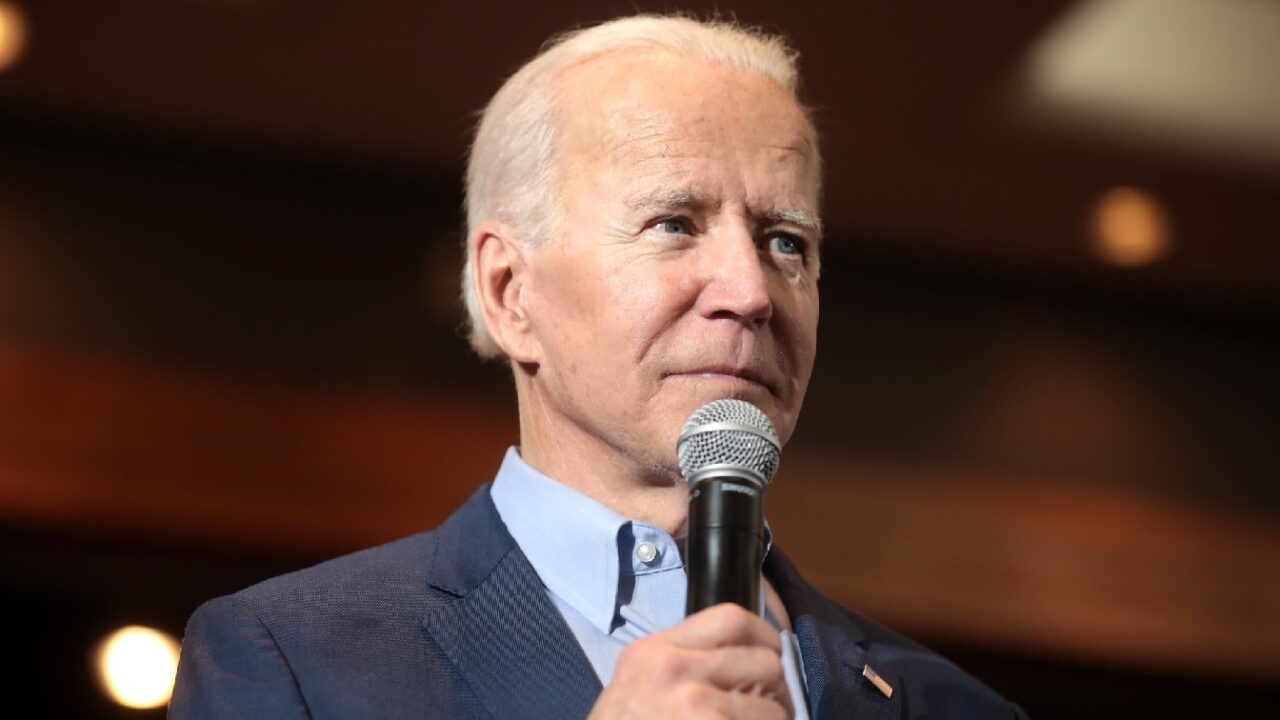 Then Former Vice President of the United States Joe Biden speaking with supporters at a community event at Sun City MacDonald Ranch in Henderson, Nevada.

Will Biden’s Plan to Release 1 Million Oil Barrels Per Day Offset Russian Oil Sanctions? – The price of a barrel of oil currently sits at roughly $107.98 per barrel as of yesterday after topping $130 just three weeks ago and gas prices across the United States remain higher than they were before the outbreak of the war in Ukraine.

As oil and gas prices show no sign of dropping substantially any time soon, the White House is reportedly considering releasing as much as 180 million barrels of oil over the next several months from the Strategic Petroleum Reserve, which was replenished during the Trump administration. The move would be the third time that the United States has tapped into the strategic reserves in the last six months and would also be the biggest release since the strategic reserve was established half a century ago.

Sources familiar with White House discussions say that President Joe Biden is preparing to release one million barrels of oil per day, and is also considering temporarily removing restrictions on the sale of higher-ethanol gasoline blends during the summer – a policy championed by former President Donald Trump. Ethanol, which is made from corn, can be combined with gasoline to reduce overall costs.

What Effect Will It Have?

A White House fact sheet – published on March 8 after President Joe Biden signed an Executive Order banning the import of Russian oil, coal, and liquefied natural gas to the United States – stated that the United States imported almost 700,000 barrels per day of crude oil and refined petroleum products from Russia in 2021.

While sanctions initially caused a panic at the White House, with President Joe Biden initiating talks with Venezuela to discuss the importation of oil from the communist country, India’s large, recent purchases of Russian oil could potentially offset demand from non-Russian oil suppliers and ease some of Joe Biden’s pain as he continues to push other OPEC countries to increase production.

Technically, the release of 1 million barrels of oil per day could make up for a lack of Russian oil imports for the foreseeable future, giving the Biden administration crucial months to establish new sources of oil in the future – whether that involves an increase in domestic production or a change in attitude towards imports from Venezuela.

However, 180 million barrels is almost one-third of the 580 million barrels left in the Strategic Petroleum Reserves as of February 25 this year – and withdrawing this much from the reserves would leave the tanks roughly half-full. With a capacity of 714 million barrels, the Biden administration is betting on the cost of oil decreasing substantially in the future to replenish those reserves – or perhaps waiting for the next administration to handle it for them.

Furthermore, prices are unlikely to drop substantially even with the release of oil from strategic reserves. Instead, the decision could help prevent further dramatic price hikes.

The United States consumed 19.78 million barrels of petroleum per day in 2021, and the cost of gasoline spiked even before Russian oil imports were implemented earlier in March.