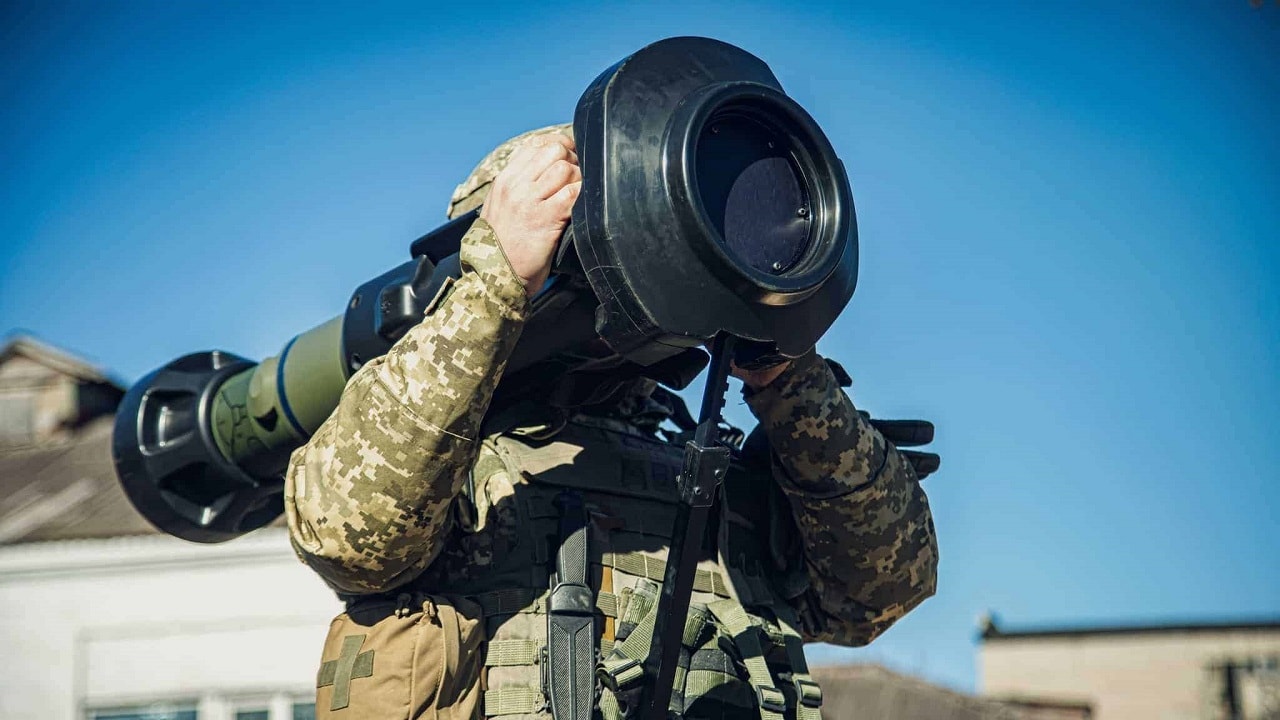 NLAW, explained – Some Ukrainian soldiers are reportedly using “God Save the Queen!” as a de facto battle cry while firing the NLAW anti-tank missiles provided by the UK government, The Sunday Times first reported. There is no “Queen of Ukraine” of course, and the Grand Prince Michael of Chernigov, a 13th century Rus prince, is generally regarded to be the last monarch to rule the land – apart from Russian Czars of course.

Rather, the Ukrainians were paying honor and respect to the UK’s Queen Elizabeth II, as Great Britain has provided 3,615 of the short-range Next Generation Light Anti-Tank Weapons (NLAW) to date, and many of those weapons have been credited with stalling the advance of Russia’s armored columns.

Also known as the Main Battle Tank and Light Anti-Tank Weapon (MBT LAW), it is a single-shot, fire-and-forget, shoulder-fired disposable missile system that was designed for use by infantry. The shoulder-mounted weapon is capable of firing a single 150mm high-explosive anti-tank missile up to 2,600 feet. The joint British/Swedish-designed NLAWS, developed by Saab Bofors Dynamics, are currently built in Belfast, Northern Ireland, by Thales Air Defence.

The NLAW is a “soft-launch system,” which means that the missile is ejected non-explosively, and can be used by infantry from within an enclosed space. Weighing just 27.5 pounds, it is easy to fire, and light enough that the operator can still carry an addition weapon such as a rifle. Much like the American Javelin, the NLAW can target the top of a tank’s turret, where the armor is usually at its weakest. Operators need to aim just one meter above the tank and the downward shaped charge can do the rest.

Time from target detection to engagement is approximately five seconds. NLAW can be used in an attack from almost any position, from up high in a building to behind a tree or even in a ditch/trench. Operators can fire down 45 degrees and can shoot from inside a building, from a basement or from the second floor of a building out of the range of most tanks. In direct attack mode, the NLAW can be used against soft targets including trucks, buses and helicopters, but can also be fired into buildings, where it will cause significant damage.

However, as with other modern anti-tank weapons, the NLAW is a “one shot, one kill” platform. At $40,000 per unit, it isn’t exactly “cheap” yet it is still an effective way to take out a far more high asset target such as a main battle tank. 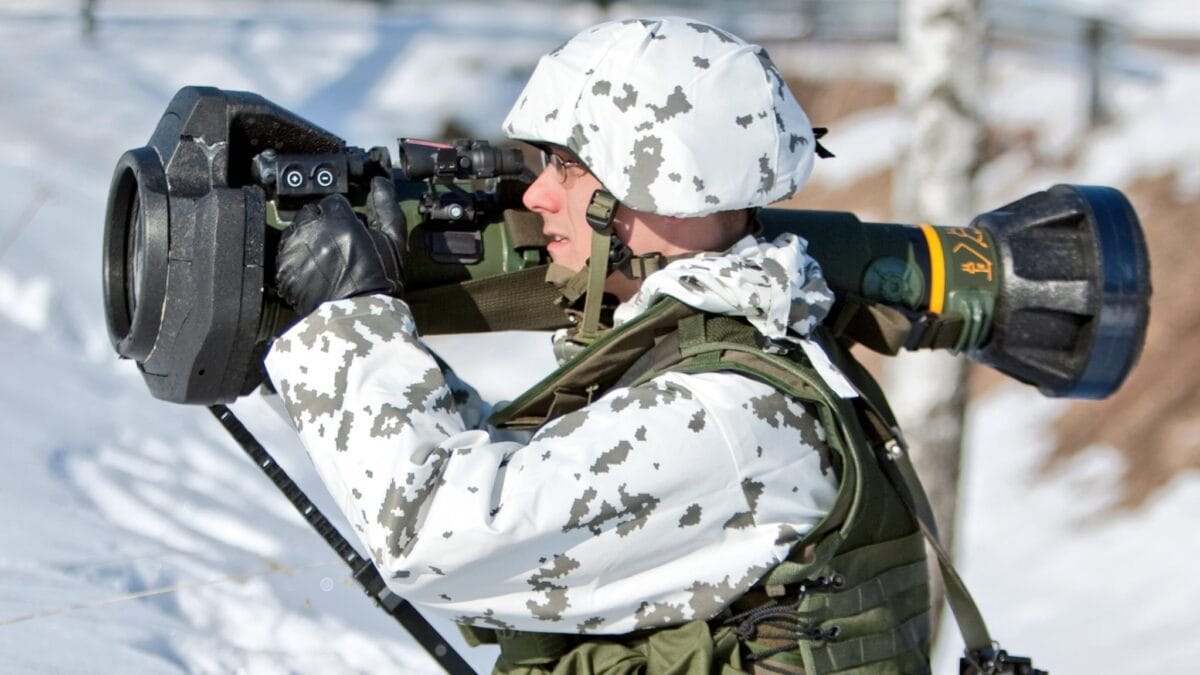 Ukrainian President Volodymyr Zelenskyy had reportedly told the UK’s Prime Minister Boris Johnson in a phone call last week that Ukraine’s soldiers had begun shouting “God Save the Queen!” It was just one of several moments of levity during the exchange between the leaders, the Sunday Times added.

Ukrainians had been toasting “God Save the Queen!” even before the invasion began, as the UK stood by the Eastern European nation and began to supply the NLAW and other weapons. Now instead of a mere toast, it has become a rallying cry and possibly the last words heard by some unfortunate Russian tanks crews.

Now a 1945 Senior Editor, Peter Suciu is a Michigan-based writer who has contributed to more than four dozen magazines, newspapers and websites. He regularly writes about military hardware, and is the author of several books on military headgear including A Gallery of Military Headdress, which is available on Amazon.com.