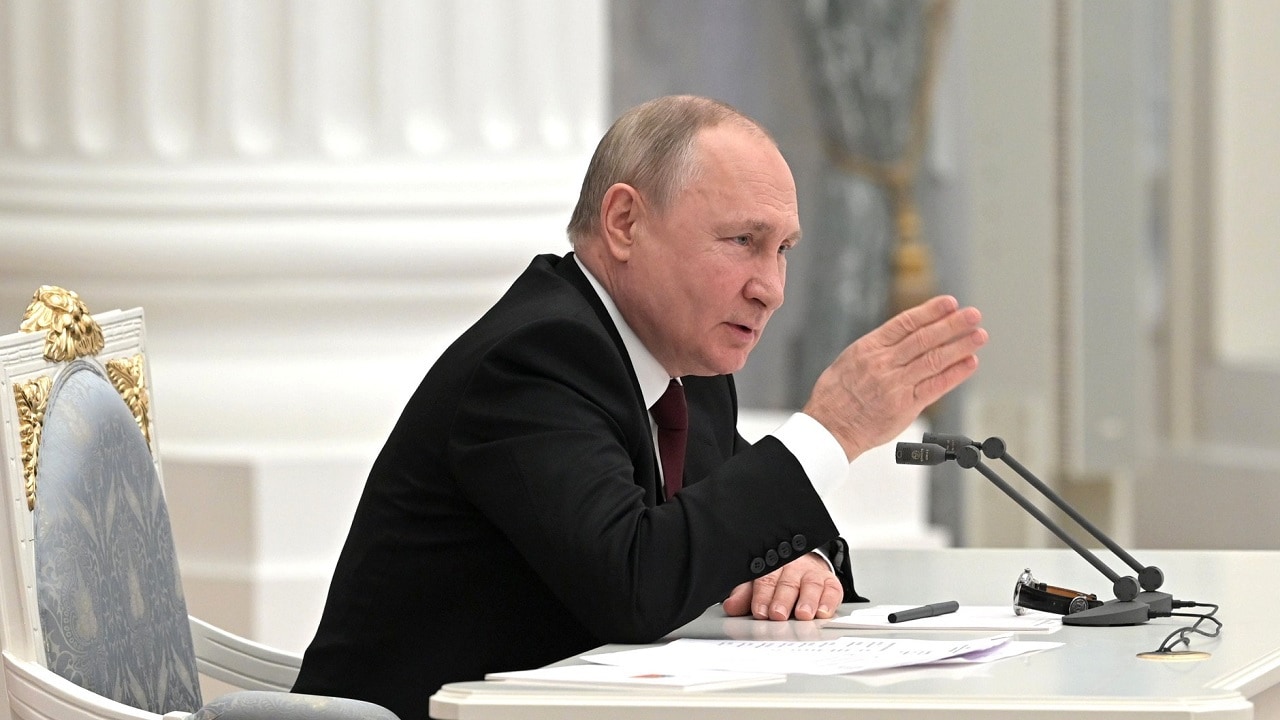 While Russian officials have already scoffed at the idea that their government would participate in such a poisoning, their claims are dulled by the very nerve agent itself: Novichok was developed by the Soviet Union specifically for use as a weapon. In fact, the Soviet scientist responsible for its creation has spoken out about the nerve agent’s brutality on record, likening his own creation to that of Frankenstein’s monster.

“It’s real torture, it’s impossible to imagine. Even in low doses the pain can go on for weeks. You cannot imagine the horror, it’s so bad.” Vil Mirzayanov, who worked to develop Novichok, explained.

The attempted assassination of Sergei Skripal

The last time Novichok made international headlines was in 2018, when a former Russian officer, Sergei Skripal, and his daughter were poisoned by alleged Russian operatives in Salisbury, England. Both survived, though both Skripal and his daughter spent weeks in critical condition before making their recoveries. A police officer who arrived at the scene shortly after was also hospitalized and had to be placed in intensive care. He too made a full recovery.

Later that same month, two more British nationals were hospitalized after exposure to the very same nerve agent. A man, who apparently found the discarded perfume bottle holding the nerve agent that was used to poison Skripal, gifted it to a woman. She sprayed her wrist with the Novichok she believed to be perfume and promptly took ill, dying within weeks. The man who had given it to her ultimately survived, though again, after weeks of intensive care.

Russian military officers Alexander Petrov and Ruslan Boshirov, as well as Russian GRU Colonel Anatoliy Chepiga, were later implicated in the attack after an ensuing investigation. The Russian government denied the allegations, even going so far as to accuse the British government of framing them, but the international community disagreed. A series of overlapping investigations all seemed to point directly at Russia, and as a result, a nearly unprecedented 153 Russian diplomats were expelled from nations all around the world.

What is Novichok and where is it made?

Prior to the fall of the Soviet Union, Vil Mirzayanov was a part of the team responsible for the development of a new nerve agent weapon — what was to become Novichok. The requirements for the new weapon were three-fold. It needed to be able to circumvent the language present in existing chemical weapons treaties by utilizing only chemicals that had not been banned. The second requirement was that it needed to be undetectable using current technology. Finally and most egregiously, it needed to be able to kill NATO troops even while they wore standard issue chemical protective gear.

Mirzayanov, however, had reservations about creating such a monstrous weapon, and his concerns only grew when he came to find that trace elements of Novichok were present in air samples all around and near the facility he was working in. Prompted by fear that Soviet citizens may be exposed to this deadly agent, Mirzayanov went public about the program, and was charged with treason by the Soviet government as a result. He escaped, finding exile in the United States, but his creation, Novichok, would live on in Soviet warehouses for decades to come.

According to publicly available U.S. intelligence, the Soviet Union is the only nation on the planet to have developed the unique chemical makeup of Novichok into such a nerve agent, and the only place any of this poison can now be found is the stockpiles created by the Soviet Union; now controlled by the Russian Government.

When compared to VX, a nerve agent that was used in the assassination of North Korean Supreme Leader Kim Jong Un’s half brother in Malaysia in 2017, Novichok is considered to be anywhere from just as lethal, to up to five to ten times more deadly, depending on the manner of dispersal.

How is Novichok used?

In order to make the nerve agent safe to transport and use, a series of Novichok iterations were invented, but all used the same basic method of transport and delivery. Novichok was developed as a binary compound that would be carried in separate containers. Each container and the chemicals within in could be safely transported and would be extremely difficult to detect using traditional methods, but when combined, the nerve agent would become active and extremely deadly.

Because Novichok has no color, taste, or odor, it could be transported through airport security without arousing any suspicion. Once exposed to Novichok, there is no “cure;” only lengthy and difficult treatment.

“Treatment involves supporting breathing and delivering pharmaceuticals that on the one hand moderate the behavior of the nervous system and that can reverse the action of the agent,” Andrea Sella, professor of chemistry at University College London, said. She describes Novichok’s effect on the body as “systemic collapse of many bodily functions.”“It is likely that there will be long-term neurological problems for a person who has been exposed to these agents.”

In one form or another, Russia has been under the control of former KGB officer Vladimir Putin since 1999, following a rapid rise to power (and accusations of master-minding a series of bombings that prompted the nation to give him that power). During that time, assassinations have become the norm for Russia’s GRU, formally known as the Main Directorate of the General Staff of the Armed Forces of the Russian Federation, and probably most comparable to America’s CIA.

One of the first things Putin did upon his rise to power was nationalize Russia’s media, giving the government full control of what information is disseminated to the public. This media control plays a significant part in Russia’s narrative and perception management campaigns both at home and abroad, prompting the United States to label popular international news outlets like RT as “agents of the Russian government.”

Since his rise to power, Putin, or those under his command, have been implicated in a number of assassinations and attempts beyond Sergei Skripal and Alexey Navalny. Alexander Litvinenko, Anna Politkovskaya, Boris Nemtsov, Sergei Magnitsky, Natalia Estemirova, Sergei Yushenkov, Paul Klebnikov, Stanislav Markelov and Anastasia Baburova, just to name a few, have all turned up dead or gone missing after speaking out publicly against Putin.

Many of these assassinations are intended not only as retribution for what Putin considers betrayal, they are also meant to serve as a lesson to any who might follow suit. It’s this lesson that prompts Russian agents to utilize highly specialized poisons like Novichok — It serves as a clear message that those who oppose Putin will be killed in a brutal fashion. Alexander Litvinenko, listed above, was also poisoned, as one example, with a radioactive element called polonium-210, available primarily to the Russian FSB (the successor to the KGB).

In 2018, Russian journalist Arkady Babchenko was reported dead by Ukrainian authorities, only to surface very much alive days later. According to Babchenko and officials from Ukraine, the faked death was a part of an operation aimed at preventing a real assassination attempt over Babchenko’s coverage of human rights violations within the Russian government.