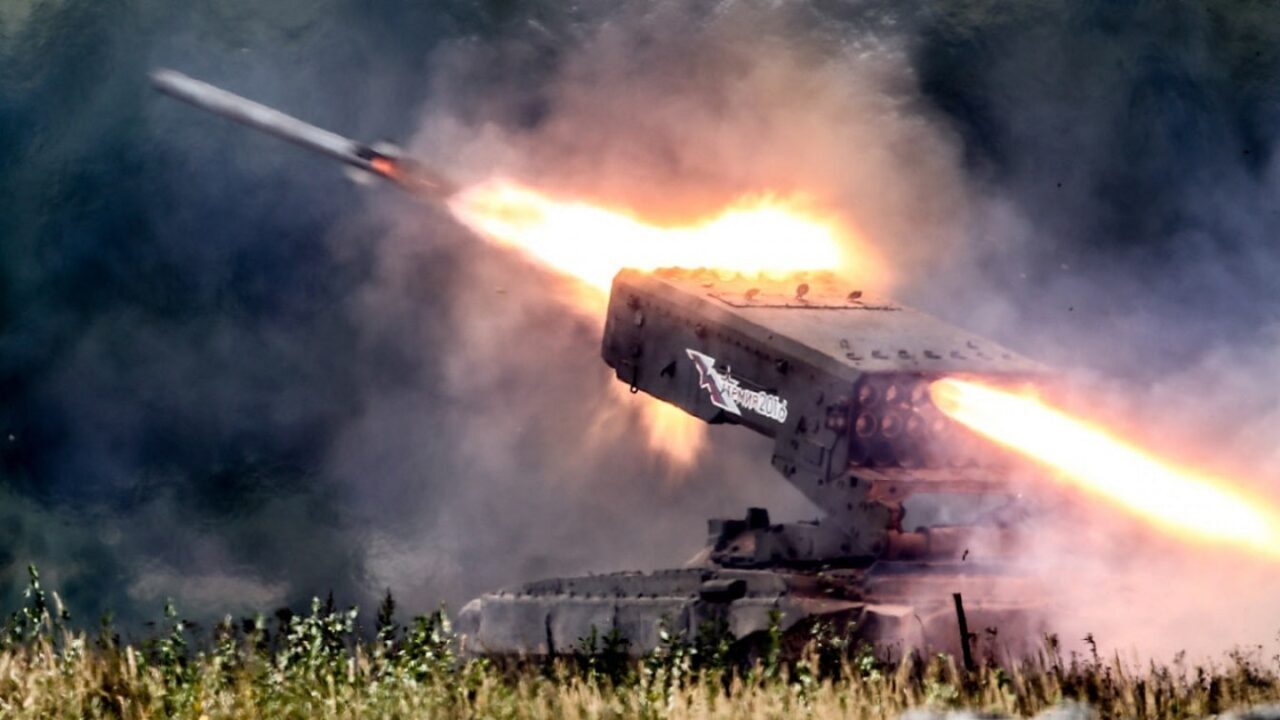 Cultural heritage sites throughout Ukraine are at risk of damage, and some sites have already been destroyed by Russian troops. From a 19th century church in northern Ukraine flattened by Ukrainian missiles to a folk museum and a library being shelled, Ukraine has already seen a large number of attacks against historic sites.

Liliya Onyschenko, the head of historical preservation in the city of Lviv, took NPR journalists on a tour of the region and outlined the danger that the city is currently in.

The old quarter of Lviv dates back to the 5th century and is a UNESCO World Heritage Site. Already, statues and other historic artifacts have been wrapped in protective materials in the hope that they may withstand missile strikes and street warfare.

Onyschenko’s team of volunteers have erected scaffolding around a Baroque altarpiece in the city, and statues of Jesus Christ have even been removed from the city in anticipation of continued Russian aggression.

Under the 1954 Hague Convention for the Protection of Cultural Property in the Event of Armed Conflict, the bombing and desecration of cultural property and heritage sites is prohibited. The legislation was adopted to prevent the theft of art and cultural artifacts by the Nazis during the Second World War.

The convention, which was ratified by the United States Senate in 2008, prevents countries from engaging in any act that is “directed by way of reprisals against cultural property.” Bombing cultural sites and historic buildings also violate the UNESCO World Heritage Convention.

There is also precedent for criminal charges being filed against those who commit such crimes. In 2016, a former Malian rebel leader pleaded guilty at a trial at the International Criminal Court after destroying priceless artifacts in Timbuktu four years earlier.

Ahmad al-Faqi al-Mahdi’s case was the first time that the desecration of cultural heritage and artifacts was prosecuted as a war crime by The Hague. In 2012, al-Mahdi led militants through the historic sites of Timbuktu, a United Nations World Heritage site. They fled from Malian and French troops who were liberating the city from the militants’ control.

At the beginning of March, an inquiry by the International Criminal Court was expedited after an unprecedented number of countries support an investigation into possible war crimes committed by Russian troops.

From the bombing of hospitals to residential buildings in the biggest population centers in Ukraine, Russian troops have engaged in potentially illegal military activities. Karim Khan, the chief prosecutor at the court, said that he would work “as rapidly as possible” to investigate these possible crimes – and the possible destruction of cultural heritage sites could expedite this inquiry even further.