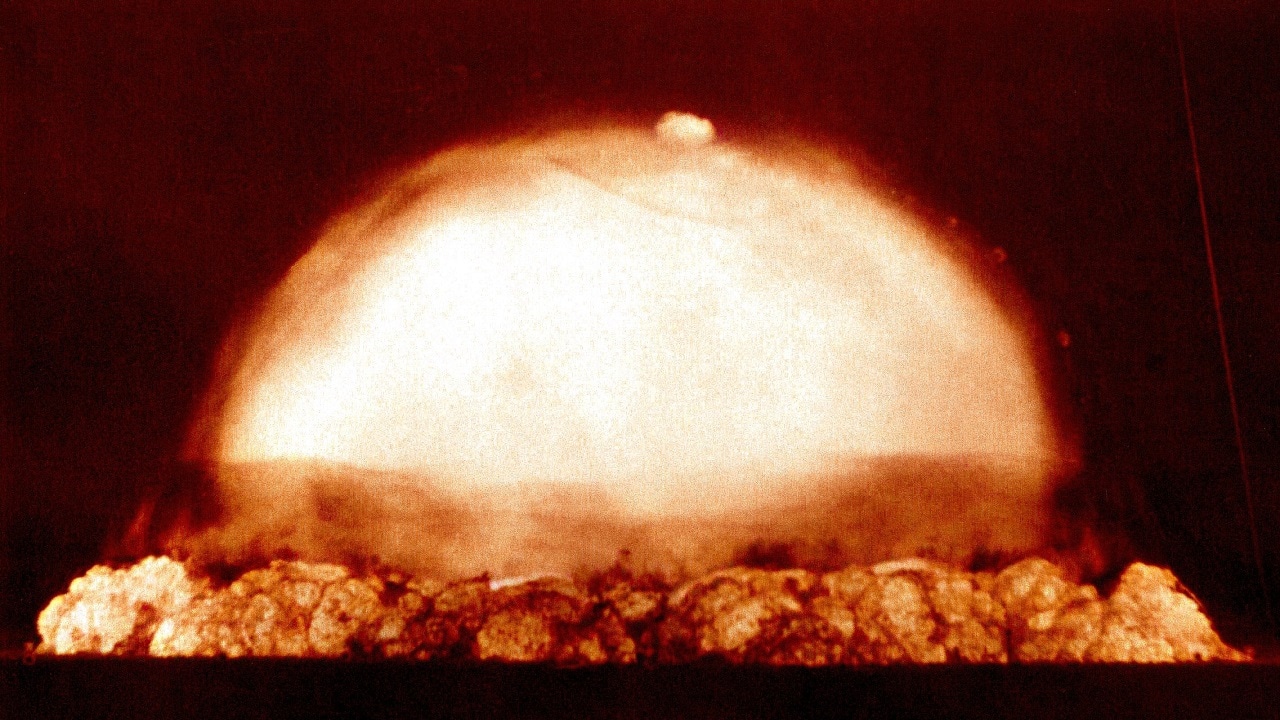 Would Russia really use nuclear weapons? It’s still early days in the Russian invasion of Ukraine, but so far nuclear weapons issues have enjoyed a much higher profile than might have been expected. A strategic missile exercise formed part of the lead-up to the invasion. And when first launching the military operation last Thursday, Putin warned darkly that any country that stood in Russia’s way would suffer ‘consequences that you have never encountered in your history’.

Since then, we’ve had statements that allege the invasion was motivated in part by a concern that Ukraine was a proliferation threat. We’ve had a Russian spokesman say that the reason Chernobyl was seized so early in the campaign was to deny Ukraine the option of making a ‘dirty’ bomb. And we’ve had voters in Belarus—in a disputed referendum—renounce the anti-nuclear clause in its constitution, opening up the possible deployment of Russian nuclear weapons there.

Perhaps most worryingly, on Sunday Putin instructed his defense minister and chief of the general staff to raise the alert level of Russian deterrence forces by putting them on a ‘special regime of combat duty’. It’s not clear what he meant. US defense officials observed that this was not a term of operational art with which they were familiar and stated that they had seen no subsequent ‘muscle movement’ in the status of the Russian nuclear arsenal.

The Russian ministry of defense confirmed on Monday that its nuclear missile forces and the Northern and Pacific fleets had been placed on ‘enhanced’ combat duty. Some reports spoke of Russia boosting staff at its nuclear sites—which might mean that all leave has been canceled.

All of this has made for a hectic time in the world of nuclear strategists. Nuclear signaling is woven through the invasion of Ukraine in a way we haven’t seen since the days of the Cuban missile crisis. Naturally, it has fed a wave of speculation on social media about the potential crossing of the nuclear threshold, either deliberately or inadvertently.

In early June 2020, Russia published an official outline of the principles underpinning Russian nuclear deterrence. (The online English translation seems currently inaccessible, perhaps as a result of the attack by the group called Anonymous against Russian governmental internet sites, but a quick summary can be found here.) The document lists four instances in which Russia might resort to use of nuclear weapons:

Some of Putin’s comments suggest an effort to make out a case under the second of those provisions. That’s a stretch. The transfer to Ukraine of lethal conventional military equipment from NATO members and other countries, at a time when a daunting array of sanctions are hitting the regime and its supporters, certainly isn’t seen in Washington, European capitals, or Canberra, as ‘aggression’ jeopardizing the ‘very existence of the Russian state. True, some commentators do see those actions as jeopardizing the future of Putin’s regime, but most see them simply as incentives for Moscow to change course in relation to its intended subjugation of Ukraine.

Still, Putin’s behavior has been more than a little odd lately—including his apparent fascination with long-distance seating arrangements. Driven by a long list of perceived grievances, a burning ambition to recreate Greater Russia, and wounded pride, Putin might well see his own role in more sweeping historical terms.

That means, of course, that escalation is still more likely than de-escalation. Might that escalation involve nuclear weapons? Yes. But, from the Cold War days, Western intelligence probably still has available to it a good-sized list of warning indicators for imminent nuclear use. I don’t think we’re close to that.

And remember that Putin has a range of other, more likely, options. Those include a more vigorous prosecution of his current strategy—the toppling of the current government in Kyiv, the installation of a more compliant regime in its place, and the gradual incorporation of Ukraine back under Moscow’s control. Easier said than done, certainly, but Moscow has form in that regard. He might also choose to strike—with conventional weapons—at the supply lines through which military equipment is finding its way into Ukraine. Or he might have in mind a more distant target set, again without necessarily resorting to nuclear weapons.

Strategic deterrence today doesn’t turn merely upon the old division of weapons into the conventional and the nuclear. The conflict has become multi-domain. Long-range precision-strike conventional weapons, options in the cyber realm, and space and counter space weaponry are all possibilities.

In short, nuclear weapons have so far played a larger role in the crisis than expected—but there are still many paths forward.

Dr. Rod Lyon is a Senior Fellow – International Strategy at ASPI. Rod was most recently a Senior Analyst with ASPI (where this first appeared). He has previously lectured in International Relations at the University of Queensland where he taught courses on conflict, international security, and civil-military relations. His research interests focus on a range of problems associated with global security, nuclear strategy, and Australian security.

Dr. Rod Lyon is a Senior Fellow - International Strategy. Rod was most recently a Senior Analyst with ASPI. He has previously lectured in International Relations at the University of Queensland where he taught courses on conflict, international security, and civil-military relations. His research interests focus on a range of problems associated with global security, nuclear strategy and Australian security. He previously worked in the Strategic Analysis Branch of the Office of National Assessments between 1985 and 1996. As a Fulbright scholar in 2004, he was a visiting research fellow at Georgetown University in Washington DC, researching a project on the future of security partnerships in the post-September 11 environment. He was appointed to the National Consultative Committee on International Security Issues in April 2005.